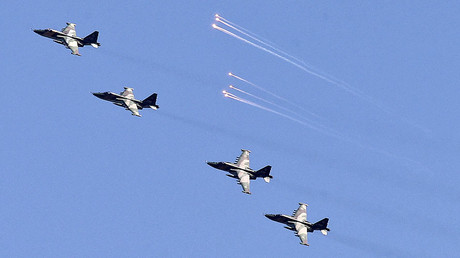 Moscow believes representatives from the US and UN should be invited to the Astana meeting on Syria, Russia’s Foreign Minister Sergey Lavrov says.

“We’re now preparing the Astana meeting. We think it would be the right thing to invite the representatives of the UN and the new US administration to the meeting, taking into account that the meeting will take place on January 23, as planned,” Lavrov said at a press conference summing the results of the Russian diplomacy in 2016.

Russia hopes the incoming Trump administration will accept the invitation.

“We’re counting on the new [US] administration accepting this invitation and being represented by experts on any level they consider possible. It will be the first official contact during which we could begin discussing stepping up the efficiency of fighting terrorism in Syria,” Lavrov added.

‘We are ready to negotiate everything, anything’ – Assad https://t.co/1lRWtRvMQW

Lavrov’s statement comes hours after Kazakh authorities reconfirmed their readiness to hold the negotiations, saying they possess “the relevant experience.”

“We hosted the negotiations on the Iran’s nuclear program in Alma-Ata, and two rounds of Syrian talks were held in Astana,” the Kazakh foreign minister stated.

Earlier in the week, Turkish Foreign Minister Mevlut Cavusoglu said that there was an agreement to invite the US side, bit this wasn’t confirmed by Moscow at the time.

Lavrov also said at Tuesday’s press conference that Russia was right to intervene in Syria, as “Damascus was two to three weeks from falling” when Moscow sent military help.

“We’re convinced that we did what was right, when we said yes to the lawful request of the government of Syria – a UN member country whose capital was in two to three weeks from falling into the hands of terrorists. And the fact that we managed to throw the terrorists back from Damascus and help the Syrian army liberate Aleppo, I think it’s very important,” Lavrov said.

He noted that Russia’s help was essential “to keep Syria a multinational, multi-confessional, secular state, as the UN Security Council states.”

“All those who spent a year and a half silently watching IS and other militants surround Aleppo maybe committed a crime, as they breached the UN resolution, which stated that Syria should be prevented from turning into an Islamist state,” he concluded.