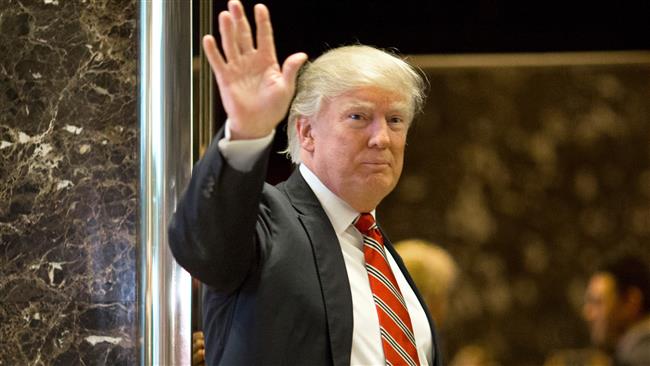 Editorial note:  “Elected” with the lowest percentage in history, losing the popular vote by nearly 3 million, he is still way ahead of the Bush 12% number.  Obama leaves office with a 58% approval rating, 18 points ahead of Trump.

US President-elect Donald Trump will begin his term in office on Friday with an approval rating of just 40 percent, the lowest of any recent president, according to a new poll.  The 6% “drop” is a nice way of trying to explain that millions of votes were stolen, just like the polls predicted.

Just days before their inauguration, Trump’s approval rating has dropped 6 points since Election Day on November 8, making it lower than that of the last three US presidents, a CNN/ORC Poll released on Tuesday shows.  From The Hill:

President-elect Donald Trump will be one of the most unpopular presidents to enter office, several new polls have found.

Former US presidents Bill Clinton and George W. Bush had a 67 percent and 61 percent approval rating respectively when they took office.

About 53 percent of Americans say Trump’s statements and actions since he was elected on November 8 have made them less confident in his ability to handle presidential duties.

The incoming president dismissed the survey’s results on Tuesday.

“The same people who did the phony election polls, and were so wrong, are now doing approval rating polls. They are rigged just like before,” Trump tweeted.

Americans’ impressions of Trump have worsened across three measures since he was elected, the poll found.

Disapproval of his handling of the presidential transition has increased seven points to 52 percent, the percentage who think he will do a good job as president has decreased five points, and the share saying they have lost confidence in Trump’s ability to be president climbed 10 points.

A Gallup poll released earlier this month found that less than half of Americans were confident that Trump can handle major presidential responsibilities, including dealing with challenging foreign policy matters such as an international crisis or using military force.

Trump was one of the most unpopular candidates ever nominated for president, according to opinion polls. His Democratic opponent in the 2016 presidential election race, Hillary Clinton, also had high unfavorable ratings.

Although Trump defied political experts as well as some historical election patterns in winning the presidency, it appears likely that he will begin his administration with far less support from the American people than other recent presidents have.