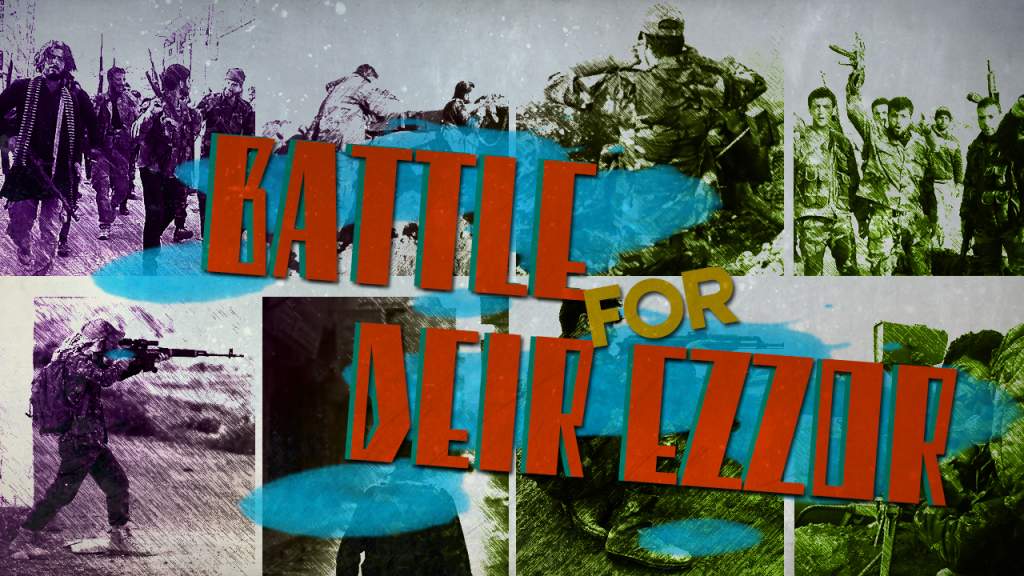 Early on January 17, ISIS units advanced on the cemetery and captured a bus station north of it. The Syrian army and the National Defense Forces (NDF) launched a counter-attack in the area of the cemetery but without notable results. Intense fighting is still ongoing there.

The close deployment of ISIS tactical units and vehicles equipped with anti-aircraft guns reportedly does not allow aircraft to operate from the Deir Ezzor Airbase, cutting off air movement of supplies there.

Local sources report a high number of Russian and Syrian airstrikes against ISIS targets – over 100 only on January 17. However, the situation is very complicated for pro-government forces.

The so-called “Syrian Democratic Forces”, an YPG-led force backed up by the US-led coalition, said in a statement on January 16 that the second phase of the Operation Warth of Euphrateus successfully finished. According to the statement, YPG forces seized from ISIS 2480 square kilometers, including 197 villages, and killed some 260 ISIS terrorists in the province of Raqqah. The SDF statement added that 42 SDF fighters were killed and claimed that the ISIS stronghold of Raqqah was isolated from the western and northern axis.

The provided number of ISIS casualties per one liberated village clearly showed that the terrorist group had not been attempting to defend its areas in the Raqqah countryside and had been preparing for a long defense in the area close to its stronghold. The same strategy was implemented by the terrorists in Mosul.

Meanwhile, Jabhat Fatah al-Sham units attacked government forces at the Mallah Farms north of the city of Aleppo, engaging army troops in a series of firefights. While no gains were made by the terrorists, this move was described as indication of the fact that the so-called “moderate opposition” could attempt to use a tense situation near Palmyra and Deir Ezzor to launch an advance against government forces at other fronts.