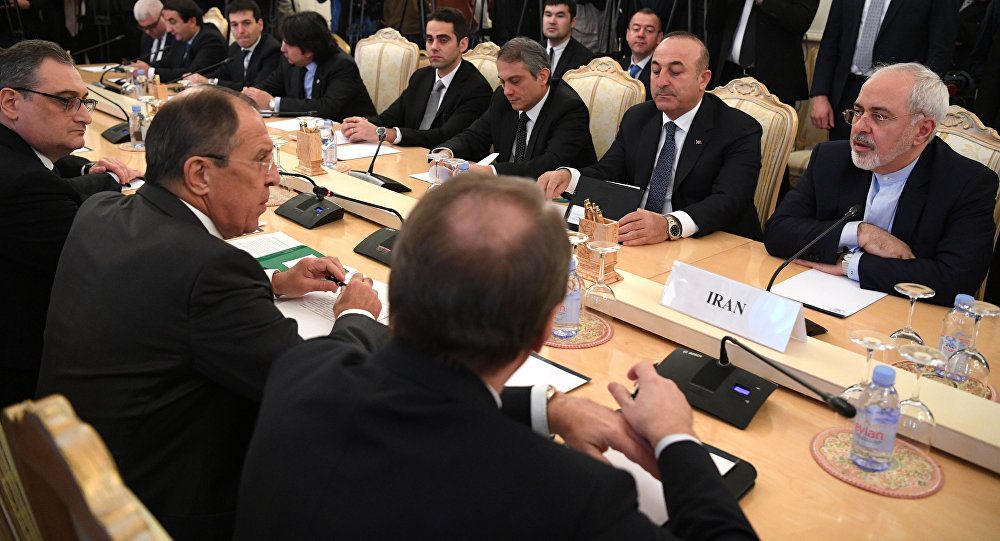 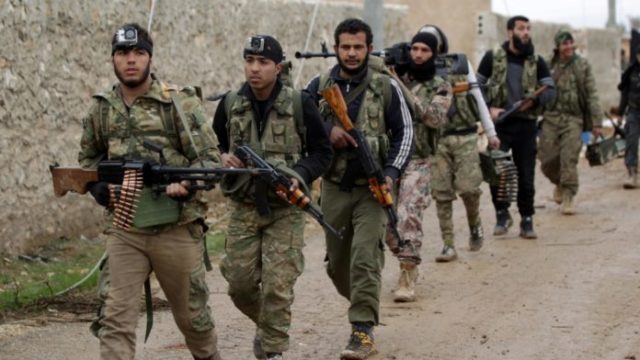 [ Note: It appears that the next round of Syrian Peace talks have gotten past the “crib death” stage. The opposition is committed to attending now, without the deal-wrecking preconditions that the Saudi rump group, the High Negotiating Committee (HNC) executed a diplomatic suicide role by blowing up the first talks.

I watched this in amazement, like a slow-motion train wreck, at the stupidity of de Mistura’s not throwing them out on the first day when they fired off their “Assad must go” demand. An idiot could have predicted that round of talks would go nowhere without ejection penalties for breaching the “no preconditions” ticket that was the buy in price.

The current meeting organizers are showing they have learned from those past mistakes. They have a tight hold over the agenda to avoid doing too much too soon. This meeting’s goals are quite specific — to solidify the ceasefire and to organize the humanitarian aid coming in so all the groups feel they are being fairly treated.

This meeting will be a confidence builder to create firm ground for the UN round of talks to follow, where the more challenging political talks will begin. But as Gordon Duff has said, how much ground you hold militarily is the key to your negotiation strength, a very simple formula.

While the opposition-held ground will be fixed, if they do not breach the ceasefire, Damascus will continue to take ground from the IS and al-Nusra. A successful ceasefire will allow the Syrian coalition to concentrate its fighting power on the remaining terror bases. If this works out well, by the time the political talks have been worked out, Damascus will be in control of Raqqa and Deir Ezzur so that elections can be held there.

In fact, the opposition groups, to boost their chances in the elections, might have to contribute fighting units to help defeat Daesh and al-Nusra. I am the only one to suggest this, but the opposition needs to wash a lot of blood off their hands, and this is the best way to do it.

Once the rebuilding starts, then another type of war will start, where dog will eat dog to get a bigger share than their competitors, and unhappy losers could go back on offense. And I fear that the continued suicide bombings, affordably fundable by the foreign state sponsors of terror, done purely for spite, could be a part of the Syrian political landscape for some time… Jim W. Dean ]

On January 23, Kazakhstan’s capital Astana will host the Syria peace talks as part of a fresh push to end the nearly six-year bloody conflict that has gripped the Arab country. The Syrian government and opposition militants have announced the names of their delegation heads to the negotiations.

The talks, which exclude the Daesh and Jabhat Fateh al-Sham terrorist groups, come ahead of the next round of UN-brokered negotiations in the Swiss city of Geneva on February 8. Jim W. Dean, managing editor of Veterans Today, has told Press TV that Western powers are trying to sabotage the Syria peace talks in Astana because “they do not want to lose.”

“The people who have been trying to Balkanize Syria are looking into a situation where they are not going to be successful,” he said, adding those countries do not want their future opponents to see that it is possible to successfully defend against Western plans for regime change.

He said the meeting in Astana has been “very well laid out” to stay away from political talks and instead focus on solidifying the ceasefire and on humanitarian issues.

Dean also explained that as these peace talks gain more momentum, Western powers stand lower chances of implementing their regime change schemes. He further argued that a resolution of the conflict in Syria depends on the goodwill of those involved.

“We have got Turkey that is still kind of a wild card because as far as we know Turkey is still supplying al-Nusra in the northwest of Syria [with arms]. So they are technically actively supporting one of the terrorist groups.

“[Also] you have got the US planes watching the Saudis continuing to supply Daesh,” he said. “That gets a little bit dicey when you are sitting down with people who are there accusing you of killing your own people,” he added.