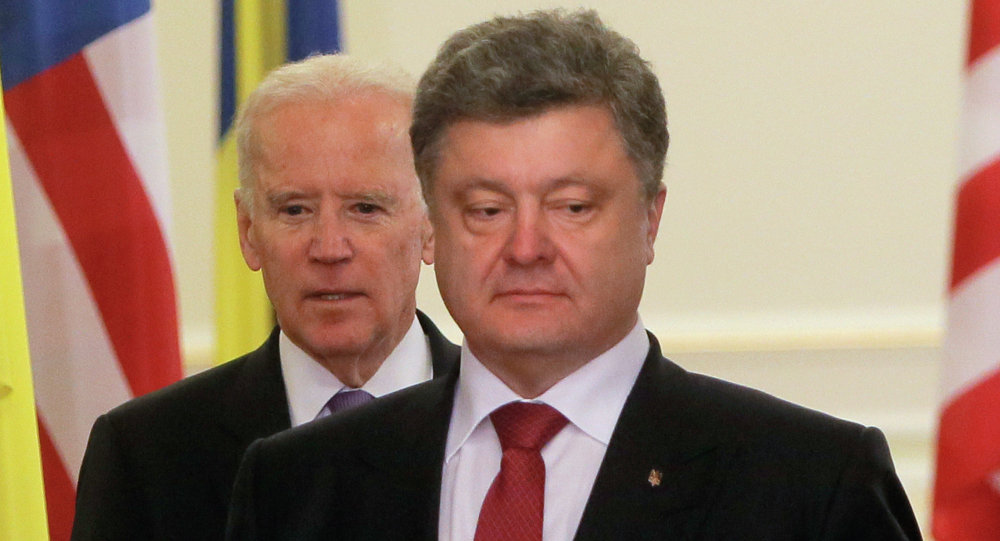 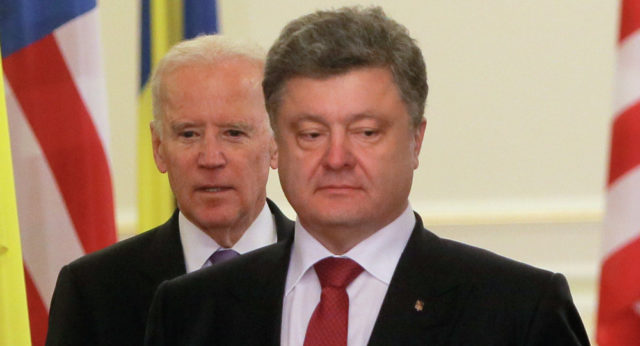 [ Editor’s Note: I am not in the business of predicting what an inexperienced new president is going to do on a complicated geopolitical stage, one where he has no education or training to deal with. But Trump does have a lot of experience operating in the New York City crime-infested environment in his early real estate days.

By that I mean the NY City mafias, where succeeding political administrations adapted to dealing with them, not wiping them out. So Trump will know that a gang of thieves has been looting Ukraine and playing the puppet Russian foil for the Obama administration to the best of their abilities.

If Trump wants to tear down Obama’s legacy, this is a safe place to start by refusing to let the hoodlums of Kiev keep stealing the support money that has flowed into Ukraine, which they felt was easy pickings in the New Cold War… just Western “overhead” for sticking it to Russia.

The IMF and EU have also signaled their unwillingness to watch the looting of their loaned funds continue, when they know the broke Ukrainian people will never be able to pay; and the EU taxpayers, already unhappy with EU political elitism, are not looking forward to bailing the Kiev crooks out.

Kiev’s openly public failure to implement the Minsk accords is not really all of their fault. It seems they understood that part of the deal for getting Western financial support was to keep the peace agreements unfulfilled so the West could continue to blame Russia and keep the sanctions going.

Trump could bust that game wide open by stating he was simply going to foreclose on Ukraine. But he would have to stand up to the military to do that, when they love these “tripwire” pre-war situations. He has already given them a taste by his plans to expand the military, when there is no real threat justification for doing so… Jim W. Dean ]

During US Vice President Joe Biden’s recent visit to Kiev, Ukrainian leader Petro Poroshenko said his country is ready to cooperate with the new US administration. However, in general, there is a pessimistic sentiment among Ukrainian politicians regarding the new US President and his future politics, political expert Alexander Dudchak told Sputnik.

According to Dudchak, Kiev is likely to lose significant part of financial support from Washington with the new US administration in power. Ukrainian politicians are in general quite pessimistic about the future of Ukraine after Donald Trump’s inauguration, he stated.

“I think that with the new American administration Ukraine won’t be on the top of US agenda,” the expert told Sputnik. “When it became clear that Trump won the US election, it caused sadness in Ukraine and serious confusion in political circles. Now they are trying to figure out how to live, if the funding will be cut, what they can count for and how they should adapt to the new conditions. We can say that the Ukrainian political community is now pessimistic about it all,” Dudchak told Sputnik.

A similar point of view was expressed by German Frankfurter Rundschau newspaper. According to the media source, Poroshenko fears possible rapprochement between Russia and the US.

“In the war-torn Ukraine, the country’s leader Petro Poroshenko is not quite happy about the presidential nomination of the new US president Donald Trump. Kiev fears that the interests of Ukraine could be sacrificed for the sake of an agreement between Trump and Kremlin chief Vladimir Putin,” the article said.

Biden flew into Ukraine on Monday for a meeting with Ukrainian PM Volodymyr Groysman and Ukraine’s President Petro Poroshenko. The politicians discussed results of the Kiev-Washington cooperation under Obama administration, as well as progress in Ukrainian reforms.

Poroshenko said that Kiev is ready to further cooperate with the administration of US President-elect Donald Trump. The politician also added that he expects “Ukrainian question” to be “among the first priorities” of the United States.

However, Biden’s visit is unlikely to bring much consolation to the grieving Ukrainian politicians, Frankfurter Rundschau wrote. According to the newspaper, Kiev has “to adapt to new circumstances, as starting Friday a new team will set new priorities in Washington.”

The US Embassy in Kiev said Biden’s visit was timed to the 25th anniversary of the US-Ukrainian diplomatic relations and emphasized the importance of US support for Ukraine.