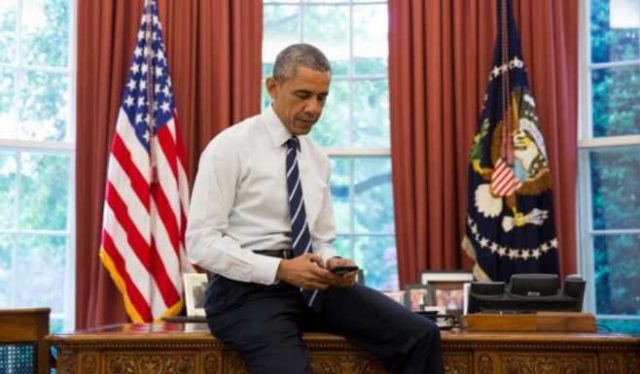 You can listen to the 2:20 minute phone interview here.

[ Note: This was a mind bender that got lost in all the pending inauguration and peace talks news. Obama added more sanctions onto Syria to get one more punch in on the long-suffering people before he left office. And they were for involvement in earlier chemical weapons work, despite the program having been dismantled during some very well done diplomacy.

Dear Mr. Ex-President, Syria had a perfect right to have some kind of a deterrent to Israel’s nuclear arsenal, that the US supported with its silly “no comment” policy, and was a massive show of weakness, which Israel exploited by having no problem stealing US nuclear technology and even weapons grade material through the back door.

This was done either by outright theft, or a wink and a nod “transfer” by looking the other way while Israel pilfered US stocks. VT has reported that the Able Danger NY team was tracking the Israeli art students on 9-11 for their involvement in transporting stolen nuclear weapons material.

This Intel came directly to us from the Able Danger team, including of the safe house used, the FBI surveillance pad, and how Mohammed Atta lived a few blocks away and was videoed walking over to visit them on several occasions. Obama could have manned up and released the 9-11 material, but he never lifted a finger on any of it. He was too busy crucifying Syria … JD ]

US President Barack Obama’s failed policy to “Balkanize” Syria through a proxy terror war led to the devastation of the Arab country, says an analyst in Atlanta.

Jim Dean, the managing editor of Veterans Today, made the remarks while discussing the outgoing Obama administration’s recent sanctions against the government of Syrian President Bashar al-Assad.

The sanction targeted the Syrian military, 18 government officials and a tech company; all accused by the US State Department of developing and using chemical weapons.

This is while the Syrian government turned over its entire chemical stockpile under a deal negotiated by Russia and the United States back in 2013. The Organization for the Prohibition of Chemical Weapons (OPCW) has overseen operations to remove the chemical arsenal from Syria.

The deal came after hundreds of people were killed in an August 2013 chemical attack in the Ghouta suburb of Damascus. The rockets used in the assault were reportedly handmade and contained sarin gas.

The Daesh (ISIL) terrorist group has frequently used chemical weapons both in Syria and Iraq, where the Takfiri group is mainly active.

Obama imposed the sanctions only “for having had his Syria policy defeated, which we are still trying to figure out what it was, what the benefit was to the US, because it appeared to be a program just to balkanize Syria,” Dean told Press TV on Sunday.

He argued that the Obama administration was seeking to break down Syria into smaller parts run by its “puppets” and even considered military action before opting for a “proxy terrorist war” to achieve this goal.

“Once again Obama has shot himself in the foot, this makes him look small,” he explained.

“Here he is left with a Syria that is devastated with several hundred billion dollars worth of damage and destruction that is going to take a generation to rebuild and this is something he is going to have to live with on his record long after he lives the White House,” Dean concluded.