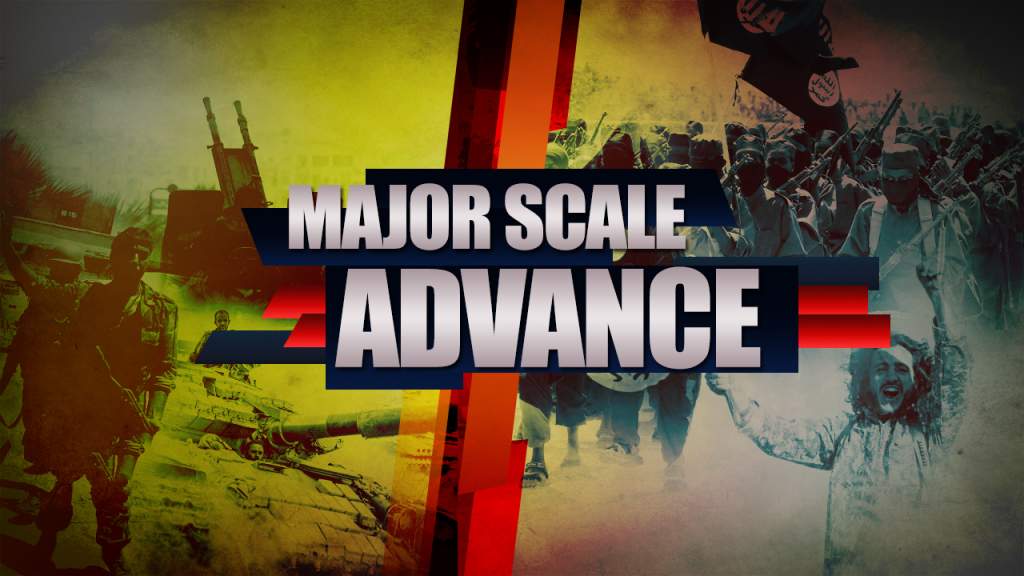 On January 19, the Syrian Army and the National Defense Forces (NDF), led by Baqir Brigade and backed up by Russian airstrikes, launched an attack against the ISIS terrorist group east of the Khanasser-Aleppo highway, capturing a number of hills and villages.

Meanwhile, the army and the NDF, led by the Tiger Forces, liberated Barlahin in the eastern Aleppo countryside, south of the group’s stronghold of al-Bab.

On January 18, the Syrian army retook the villages of Afrin and Rasm al-Abed from ISIS in the same area.

The ongoing operations against ISIS are likely aimed to build an additional buffer zone along the key supply route to Aleppo and to put additional pressure on the terrorist group and to draw its attention from the areas of Deir Ezzor and Palmyra. In case of success, government forces could also develop the advance in the direction of the province of Raqqah and to secure a vital irrigation line to Aleppo.