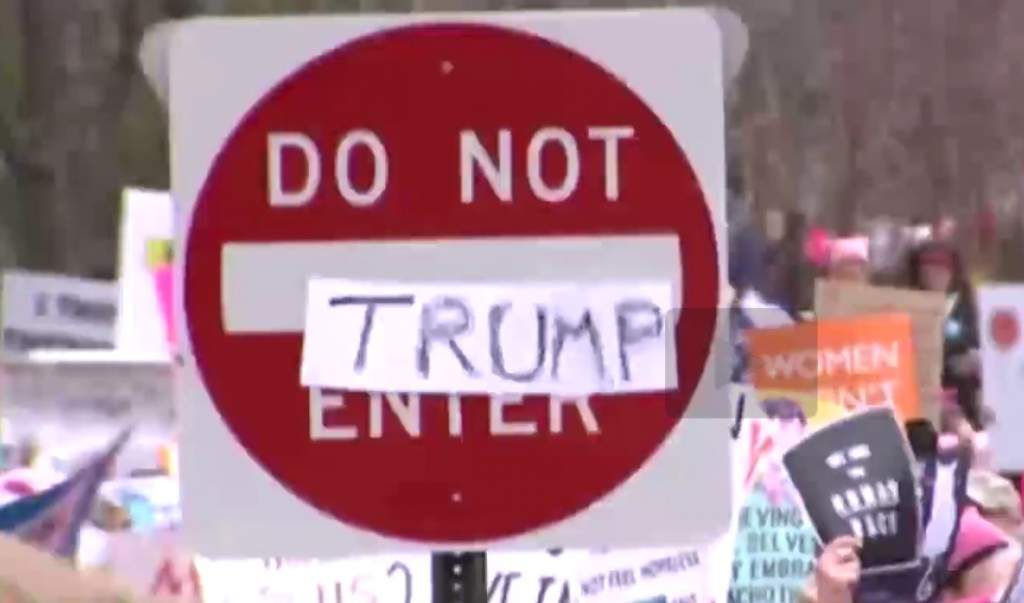 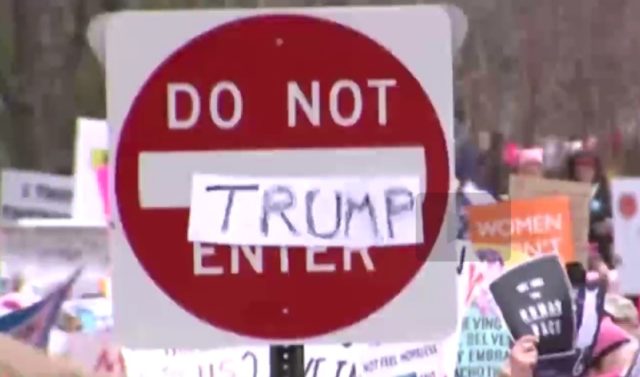 Hundreds of thousands of people from across the United States descend on Washington to voice their anger and anxiety over Donald Trump’s presidency a day after he took the oath of office.

The Women’s March on Washington, which organizers said attracted half a million people on Saturday, seeks to raise awareness of women’s rights and other civil rights, that many Americans fear could be under threat by the new president. 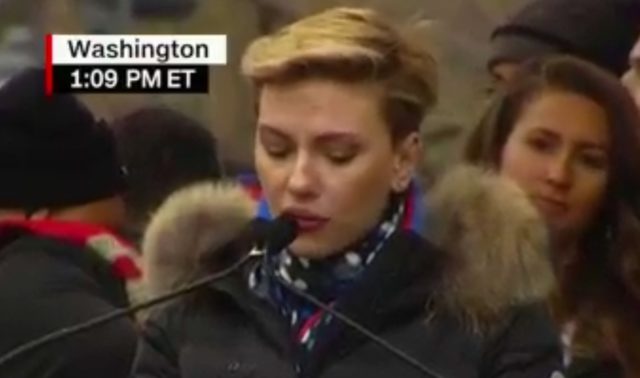 Trump angered many at home and abroad by repeatedly making disparaging remarks about women, Muslims and immigrants during his bombastic presidential campaign.

The Women’s March, which began with a Facebook call by a Hawaiian grandmother in the aftermath of Trump’s election victory in November, is predicted to become one of the largest political demonstrations ever seen in the US capital.

Organizers said demonstrators were going to Washington on their own, using buses and trains from distant locations.

“We will witness one of the largest and most significant demonstrations for social justice in America’s 240-year history,” said Crystal Hoyt, an associate dean at the University of Richmond.

The march comes the day after Washington was rocked by violent protest against Trump, highlighting the depth of frustration in a deeply divided country unseen in decades.

While the march has been organized in response to Trump’s presidency, some marchers said they did not mean to attack him personally.

“I wouldn’t call it an anti-Trump march, I would call it a ‘We are watching you, Trump’ kind of march,” said Ayesha Ahmed, who came from Chicago with the Muslim Women’s Alliance, according to NBC News.

Many of the protesters said they had not been politically active in the past, but the divisive nature of the 2016 election awakened their civic duties.

Mary Hornig, a grandmother who came from Virginia with three family members, said she participated in the march “for the future. Now and the future.”

She acknowledged that Trump might not listen to their message, but added, “I’m hoping some of the other Republicans might.”

“We have put this man in the office who is a terrible role model, teaching people that bullies are acceptable and women are property,” said protester Kelly Hansen, 32, who traveled to Washington from Boston.

“It’s completely unacceptable,” she added. “It’s setting us back 50 years.”

Trump defeated his Democrat rival, Hillary Clinton, on November 8 and took to the oval office on Friday.

Alongside with the Women’s March on Washington, more than 600 “sister marches” have been planned around the United States. Some of the largest rallies were held in Boston, New York, Chicago and Los Angeles.

Law enforcement authorities will be on alert for any new flare-up of violence.

Thousands of people are also marching through the British capital, London, to show solidarity with those who are gathering for the main march in Washington.

Demonstrators were marching from the US embassy in London’s Grosvenor Square, to Trafalgar Square on Saturday.

At least 700 sister marches were planned around the world on Saturday. Women in more than 30 other countries took to the streets to march against Trump.

#WomensMarch takes to the streets around the world Live updates

Protesters gather for the Women’s March in Oslo, Norway, January 21, 2017. © NTB Scanpix / Stian Lysberg Solum via Reuters
Thousands of women are marching in cities around world to call for the protection of civil liberties and diverse cultures which organizers say have been threatened by the recent US presidential election.

The day of action centers around the Women’s March which has been organised near US Capitol buildings, Washington, on Donald Trump’s first full day in the White House.

So far, sister rallies have taken place in Japan, Australia while demonstrations are also happening in European cities like London, Paris, Barcelona, Dublin and Milan.