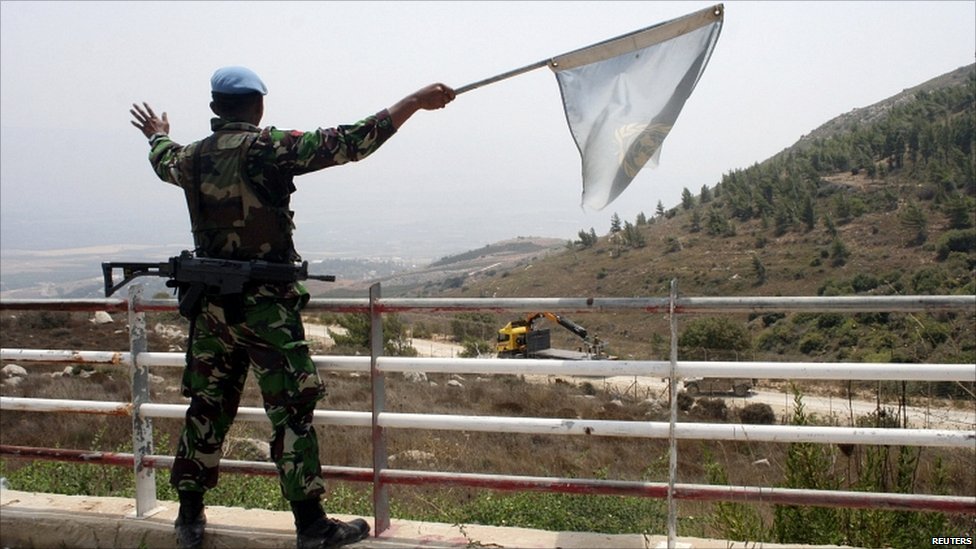 Since the last major military conflict in Lebanon, world powers have been fighting a vicious tug-of-war for domination of Lebanon’s politics. Iran and Saudi Arabia are the most obvious players who have competed for the prize in a game which has to be considered one of the various reasons for the paralysing Lebanese presidential stalemate, which had taking over two years to resolve.

In the end, Michel Aoun, a political ally of Syria, Iran and Hezbollah, has been elected the undisputed President of Lebanon signifying a clear victory for Iran in Lebanon.

Israel, Lebanon’s neighbour to the south, which has a long history of conflict with Lebanon and the Palestinian PLO, has also achieved a type of political victory of its own, with Donald Trump’s election as President of the United States. Even before the now President had been sworn into office, Trump had made a major splash on US foreign policy, pledging his full support to Israel in ways which has created major concern, particularly for the Palestinian & Lebanese Arabs who live shoulder-to-shoulder with the Israeli’s.

This year is still young, yet Trump has already created deep controversy by promising to move the US embassy in Israel to Jerusalem, a religious city which has for years been a hotbed of division between the Arabs and Israelis, while also appointing a new US ambassador to Israel, who is a proud advocate of the illegal settlement building on Palestinian land.

Don’t only take my word for it, Trump himself best summed up his own position with a tweet regarding the UN resolution on the illegal settlements and John Kerry’s brutally honest speech about Israel in December.

“The beginning of the end was the horrible Iran deal, and now this (U.N.)! Stay strong Israel, January 20th is fast approaching!”, Trump tweeted 28th December 2016.

Trump has made a number of interesting appointments to his administration who all seem to have a few things in common, their hatred of Obama’s Iran deal, Iran as a whole, and their unflinching support for Israel. Good, bad or ugly Trump’s administration will clearly offer full support to Netanyahu’s administration, which John Kerry described as the “most right-wing Israel administration, in Israel’s history”. Right or wrong, the US will back Israel including in a possible future war.

Meanwhile, back in Lebanon, Iranian officials hailed Lebanon’s elections as a ‘victory’ for Iran and its allies in Lebanon. Something, which the Israeli’s will take at face value. Lebanon is considered one of Iran’s closest Arab allies, Hezbollah’s rights to carry on its armed resistance against Israel has been secured by the new Aoun led government, however, this time Israel may have a US admin which could exceed the support Israel has ever received, even by the Bush admin which gave Israel complete freedom to operate during the last war with Hezbollah in 2006.

Israel considers Iran its most formidable enemy in the region, while the Lebanese-based Hezbollah is the biggest threat to Israel’s national security right on its border. The organisation, which is led by Secretary General Sayid Hassan Nasrallah and plays a major role in Lebanese politics, was formed in 1982 to liberate Lebanon from the Israeli occupation of the south during the nation’s 15-year civil war.

Hezbollah gained popularity in the region for its role in successfully expelling Israel and once again for defeating Israel during the war in 2006. The wars, along with occasional border skirmishes, have resulted in thousands of deaths on both sides of the Lebanon-Israeli border.

Israel has unfinished business in Lebanon, and Hezbollah is to this day, the only Arab army which forced Israel into a military retreat twice in 2000 and 2006, creating a lasting image as the only force in the Arab/Muslim world that can truly resist Israel military might, especially now that most Sunni states such as Saudi Arabia and Qatar are looking more favourably at Israel after the Iran nuclear deal. Lebanon has twice left Israel with a bloody nose and it is for this reason that Israel will always consider any opportunity to attack Lebanon in the future.

Hezbollah and Iran are currently dealing with the regional struggle against Salafi extremism which has forced the ‘resistance axis’ to divert their priorities to supporting the Syrian and Iraqi governments. Despite this, Hezbollah still has the capacity to retaliate in any large-scale future conflict with Israel, holding intact the delicate deterrent standoff between the two. What could tip the balance is if the answer to the question changes, would Israel consider the idea of another war in Lebanon too costly?

No one can deny that Hezbollah has invested heavily in the Syrian war, its manpower and fortune is over stretched. Of course, Israel is fully aware and may see this as the perfect opportunity to strike a blow to the organisation while it’s tied up in the fight for Syria, avenging its loss from previous years when Israel was humiliated and Hezbollah’s popularity grew exponentially in the Muslim world even among the Sunni community.

Israel has the ability to unleash far more carnage to Lebanon’s infrastructure and population then Hezbollah does to Israel’s, none the less Hezbollah’s missile arsenal has grown in size, accuracy and range since the last war.

“Israel knows Hezbollah has missiles and rockets that can strike anywhere in its territory,” the group’s leader, Hassan Nasrallah, said in a speech delivered by video in February 2016.

Whether Hezbollah’s threats and missiles can reach all of Israel is not the question but what is important is the fact, now Israel doesn’t just have a popular movement at her doorstep but a well-trained battle-hardened army. This is what keeps commanders awake at night, the Israelis say; they do not describe Hezbollah as “demoralized” but “tested”. Israeli lives are considered more costly and would be met with huge political repercussions.

Something that was learned after the July 2006
war with a spate of high-ranking resignations in the Israeli government and military leadership.

However, voices in Israel are beginning to call for a tougher stance against Iran and its allies regionally. With a war-hawk admin like Trump’s, a right-wing Israeli admin may get a powerful friend who would be willing to, perhaps, offer something new in a future war that could be the scale-tipping factor to the choice of, to war or not to war?

There was once a time when the US, UK & Israel all had boots on the ground in Lebanon in one capacity or another. I would not find the idea of a planned return of foreign boots on the ground in Lebanon a strange idea given how easy it would be for the western media to portray Lebanon as a country in need of liberation from the ‘Iranian proxy terrorists’.

Not a true narrative, but an easy one to peddle. However, if the Trump administration decides to concentrate on ISIS and Salafi terrorism the status quo in Lebanon will not be a greatly affected. What will matter is the stand the Trump administration will take on Iran, if they decide to escalate tensions with the Islamic Republic this would most likely lead to a confrontation with Iran’s most important Arab asset Hezbollah and a closer US alliance with the GCC which may also build bridges between Riyadh and Tel Aviv.

It is far too early to accurately predict what the future holds for Lebanon but as it stands I can see the heavily anticipated ‘second Hezbollah-Israel war’ occurring at some point under Trump’s administration.

{p}Robert Carter is an English journalist and political commentator based in London, UK. Robert, who also goes by his Muslim name, Muhammad Ali Carter, specializes on Middle Eastern culture, politics and history as well as the current affairs of the global Muslim world.{/p}

{p}Robert has visited the region many times with a focus on Lebanon, Iran, Bahrain & Yemen. Robert currently works with Ahlulbayt TV as a TV news presenter but has also contributed for Iraq Insider, Veterans Today, Shafaqna, & Press TV.{/p}