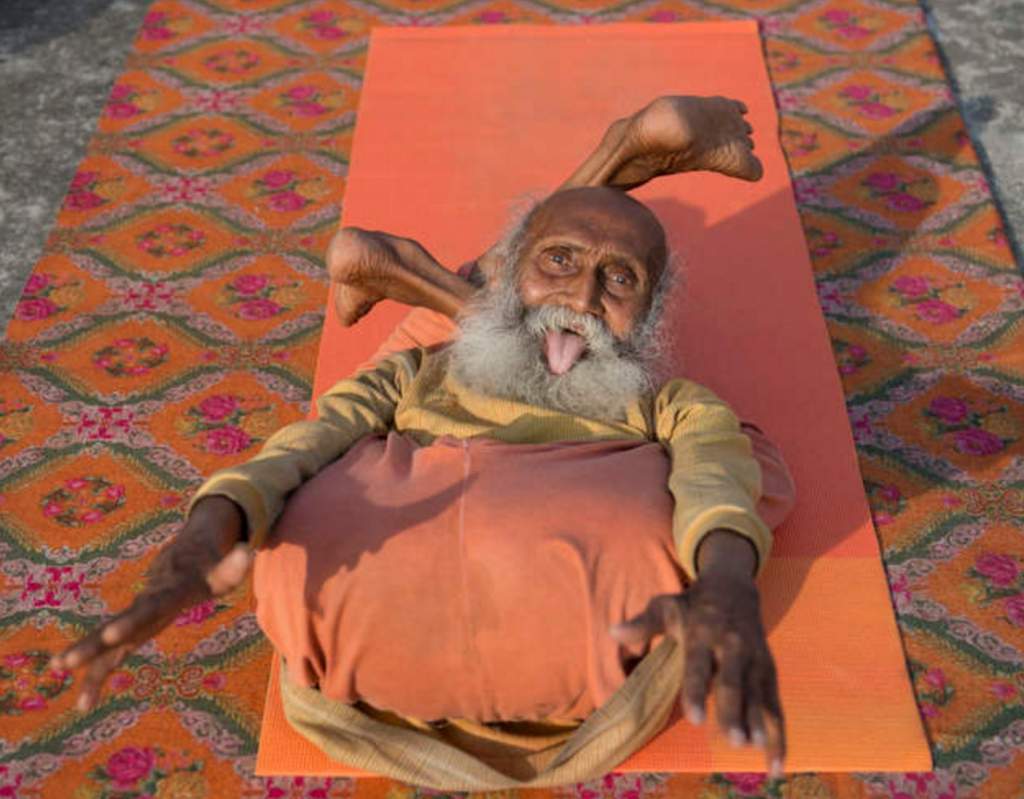 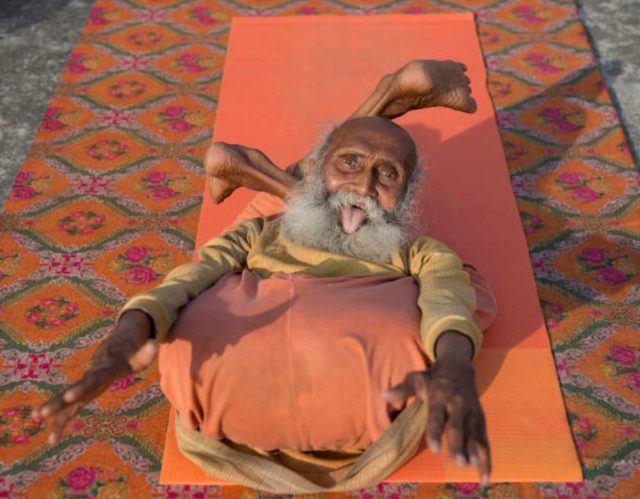 After the outgoing British Raj partitioned India and Pakistan took birth out of the reluctant womb of India, the latter sat in the lap of former Soviet Union to draw maximum diplomatic, political, economic and military support. India also drew benefits from the West by playing the levers of secularism, democracy and non-alignment. Border clash with China in 1962 enabled India to amass weaponry both from the Soviet Union as well as the West. India remained tied to USSR till its fragmentation in 1991. Feeling orphaned, it hastened to snuggle into the waiting arms of USA and soon became the darling of the West.

Pakistan struggling to stay afloat under the weight of plethora of problems had to contend with hostile India on its eastern front, and near hostile Afghanistan, friendly to India on its western front and Communist Soviet Union in the north which was not at ease with a country created on the basis of Islam. Pakistan joined western pacts essentially to have a security umbrella against Indian aggressive designs and belligerent posturing, but alliance with USA-NATO proved worthless during its wars with India in 1965 and 1971 since SEATO and CENTO were designed to contain southward expansionism of Communism. Moscow on the other hand helped India in developing its armed forces, keeping Kashmir issue on the back burner and in truncating Pakistan in 1971.

USA subjected Pakistan to sanctions repeatedly. It was deprived of arms and spares as well as economic assistance during the 1965 and 1971 wars, well knowing that Pakistan military was entirely dependent upon US military technology. USSR on the other hand fulfilled all the war needs of India. Sanctions were imposed on Pakistan in 1975 after Gen Ziaul Haq took over power, and in 1979 when USA suspected that Pakistan was pursuing nuclear program. These were lifted once Pakistan agreed to the US demand in June 1983 to support proxy war against Soviet occupation forces in Afghanistan. Pakistan was again put under sanctions in 1990 after the US achieved all its strategic objectives in Afghanistan with the help of Pakistan. To add insult to injury, Washington embraced India which had remained the most ardent camp follower of Soviet Union.

Taking advantage of its closeness with USA, India brought USA under its magic spell by posing to be the champion of democracy and secularism, and offering its huge economic market and IT expertise. It stepped up efforts to widen the gap between USA and Pakistan by singing the songs of Islamic bomb and cross border terrorism in Indian occupied Kashmir (IOK). Another set of sanctions were imposed by USA in the aftermath of nuclear tests in May 1998. Sanctions under Pressler Amendment and nuclear sanctions remained enforced till Gen Musharraf submitted to all the demands of USA under George W. Bush in September 2001 to help US-NATO forces in invading and capturing Afghanistan. Pakistan provided Karachi seaport and several airbases as well as two land routes for the Afghan venture and later agreed to become the frontline state to fight the US initiated war on terror.

India which by then had become a full-fledged strategic partner of USA as well as of Israel, fully exploited the new rules framed by Washington on terrorism that were confined to the Muslim world only. It painted freedom struggle in IOK as terrorism and projected Pakistan as an abettor of terrorism. India undertook a false flag operation in New Delhi on Indian Parliament on December 13, 2001, just one month after the capture of Afghanistan and at a time when 70,000 Pak troops had been deployed along the western border at the request of USA to nab fleeing al-Qaeda/Taliban operatives. It was engineered to blame Kashmiri Mujahedeen, Lashkar-e-Taiba (LeT), Jaish e Muhammad (JeM) and ISI. This was the first deliberate move made to establish a linkage between LeT, JeM and ISI. The narrative of ‘Pakistan sponsoring terrorism in India and IOK’ was constantly played up between 2001 and 2008. All acts of terror taking place in India during that period were put in the basket of the so-called nexus. Mumbai attacks on November 26, 2008 were another preplanned false flag operation aimed at getting LeT and JeM declared terrorists outfits and ISI a rogue outfit.

After a lull period of seven years, the years 2015 and 2016 saw recurrence of false flag operations in IOK aimed at maligning unarmed freedom movement in IOK seeking right of self-determination, and to brand Pakistan as an exporter of terrorism. From 2004 onward, Afghan President Hamid Karzai joined the chorus and blamed Pakistan on the charge of cross border terrorism. This two-sided invasive propaganda duly backed by the US and the West helped the detractors of Pakistan to portray Pakistan in poor light and frame sleazy tags like ‘Pakistan – most dangerous country in the world’, ‘FATA – breeding ground of terrorism’, ‘Pakistan – a failing state’ and ‘Pak nuclear weapons are unsafe and may fall in wrong hands’. Besides the malicious propaganda war, massive covert war was unleashed from Afghanistan by five intelligence agencies to destabilize and denuclearize Pakistan. Proxies were funded, armed and equipped to subvert FATA, Khyber Pakhtunkhwa, Baluchistan and Karachi. All this was done under a well-conceived strategy to build a strong case for the UN to force Islamabad to hand over its nukes for safe custody.

Commonality of interests of USA, Israel, India and Afghanistan under US installed puppet regime integrated the four into strategic partnership. While India was handsomely rewarded by Bush and Obama administrations for pioneering proxy war against Pakistan and for agreeing to act as a bulwark against China, Kabul regime was also compensated generously for its collaborative role. The theme of terrorism promoted against Pakistan by India and Afghanistan was in sync with the US design and it helped in widening trust deficit and in intensifying the misgivings/enmity between Pak-US, Pak-Afghanistan and Pak-India relations and in keeping Pakistan that had rendered maximum sacrifices and produced best results against terrorism, in the dock. The other tool used by USA was to keep pressing Pakistan to do more or to get deprived of economic assistance/military funds.  The reason behind rancor was Pakistan’s nuclear capability and its intimacy with China. Another reason was that Pakistan was a convenient scape goat to hide the failures of ISAF and Afghan forces in Afghanistan. Once CPEC became a reality, it further peeved USA and India.

Donald Trump took over the reins of power on January 20, 2017 amidst noisy protests. During his election campaign, he never minced his words in expressing his malice against the Muslims. In his inaugural speech he stressed upon eliminating Islamic radicalism from the face of the world. This assertion must be music to the ears of Indian leaders and has made it easier for Indian psychological operators to chalk out another false flag operation like in 2001 and 2008 to convince Trump and his team that Pakistan is an abettor of terrorism. Possible venues are Afghanistan, IOK and India. There will be no problem for RAW to stage-manage an attack in any of the three places. In Afghanistan, it can be undertaken by a selected team from Tehreek Taliban Pakistan (TTP) based in Kunar and Nangarhar. In IOK, fake Kashmiri Mujahedeen can perform as was the case of Uri attack in September last year. 4-5 Kashmiris or members of TTP kidnapped from IOK/Afghanistan can be used in India after imparting training. Ajmal Kasab was kidnapped from Nepal to undertake Mumbai attacks.

A bigger and sensitive target will be selected to create an uproar. Probably, one of the US administrated military bases in Afghanistan will be attacked to antagonize the Americans and impel impetuous Trump to jump the gun and target Pakistan as Bush had done in 2001. Recent bomb attack inside the compound of Governor’s guesthouse in Qandahar on January 10, killing five visiting UAE diplomats was an in-house act to spoil Pakistan-UAE relations and to reinforce the narrative of terrorism built against Pakistan.

Former Afghan President Hamid Karzai has let the cat out of the bag by blurting out that Trump must keep his promise of ending terror camps in Pakistan that Obama failed to do. He spoke India’s language by lamenting that “America should have gone for Pakistan to defeat extremism and not Afghanistan; and that is where Trump should go”.

To recapitulate, when the US finalized its plan to invade Afghanistan on October 7, 2001, India offered all its bases and resources and insisted that Pakistan must be destroyed along with Afghanistan to root out terrorism. Bush ruled it out on the plea that without Pakistan’s assistance, Afghan venture would prove costly and risky. He assured India that Pakistan will be dealt with separately at an opportune time after weakening it from within through covert war.

Vexed by Pakistan’s silent but effective exterior maneuver to expose the ugly face of India and to cultivate better understanding with the new US administration, the Indian lobby helped by Jewish lobby in USA have redoubled their efforts to bring the new US regime under Indian magic spell and to create bad blood between Pakistan and USA.