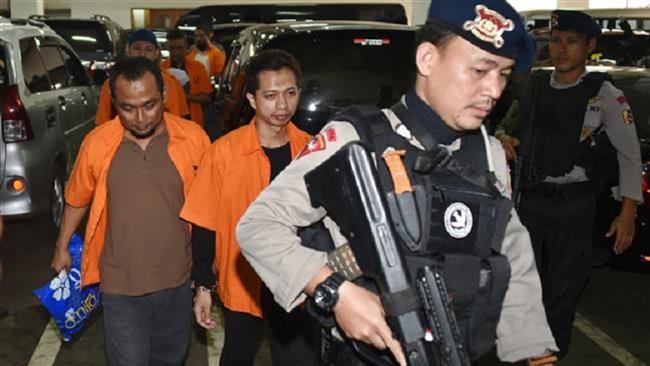 [ Editor’s Note: Indonesia seems to be doing what the European countries should have done, taking all returning from known jihadi operational and support areas and getting a timeline for all that they have done.

If special legislation is needed to do this where it does not exist, then it can be passed under anti-terrorism legislation.

I remember my shock when reading a British story over a year ago about their problem with returning jihadis, and how their laws did not allow them to hold them in protective detention. I never understood if this was an EU law hang up or British one, but it seemed insane this late in the game.

Britain, of course, had a good number of returnees they were “watching”, but that soaked up a huge amount of their counter terrorism resources. The same situation exists in France and Germany, as the numbers are so large, their security services DON’T HAVE the time to monitor them.

Note the interesting comment at the end, about the 31,000 pregnant jihadi women producing the next generation of fighters. These folks are thinking long-term to swap casualties with us.

Ho Chi Minh nailed this in his famous quote about the Vietnam War, “You will kill ten of us for every one of you that we kill, but in the end you will tire of it first.” And he was right. This is one of the reasons the West and Gulf States are using proxy terrorists so extensively, as they are cheap human cannon fodder that no one cares about, including the Wahhabi imams… Jim W. Dean ] 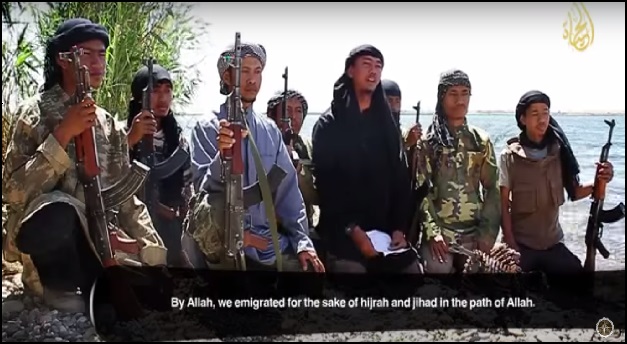 Indonesia says its police forces have taken 17 nationals into custody upon their return from the war-torn Syria on suspicion of being radicalized and involved in terror activities.

According to the Law and Human Rights Ministry’s Directorate General of Immigration spokesman Agung Sampurno on Sunday, the suspects, including a two-year-old girl and a three-year-old boy, had been detained a day earlier at Soekarno-Hatta International Airport in the capital Jakarta upon disembarking an Istanbul-Jakarta Turkish Airline flight.

Sampurno further said that they had been handed over to Special Detachment 88, the counter-terrorism unit of the Indonesian Police Force, for questioning.

“They are currently still under an interrogation process. If we find any relation to crime on terrorism, we will continue the investigation. If not, they will be handed over to their families,” said Eddy Hartono, the chief of the unit.

Reports say that terror organizations operating in the crisis-hit regions of the Middle East, particularly Syria, have resorted to training very young children in a bid to produce the next generation of terrorists.

Last August, a report by the London-based think tank Quilliam, claimed that over 31,000 women living or trapped inside areas captured by the Daesh Takfiri terrorist group are pregnant, arguing that “this is a very long-term preparation for these children to grow up with severe… indoctrination.”

According to the report, Daesh regards children as better and more lethal forces than adult militants. The report also said that from August 2015 to February last year, 254 children, including 12 child executioners, were used in Daesh propaganda materials.

Indonesian authorities have been screening dozens of returning nationals from those regions over concerns that they might have been radicalized by terror groups, including Daesh, before coming back with the aim of recruiting fresh members, by radicalizing them, and equipping them with the skills and devices needed to carry out a major attack at home.

In January last year, a Daesh-claimed attack in the heart of Jakarta claimed the lives of four civilians. The four assailants were gunned down by security forces after they opened fire at people and detonated their explosives in a district packed with malls, embassies and UN offices.

According to official figures, police killed 33 suspected terrorists and detained 170 more last year for foiled attempts to carry out terror attacks, a significant increase compared to 2015.

Senior officials in Jakarta believe that roughly 500 Indonesians have traveled to the Middle East region to join Daesh and other militant groups. Nearly 100 are believed to have returned to the Southeast Asian country last year.