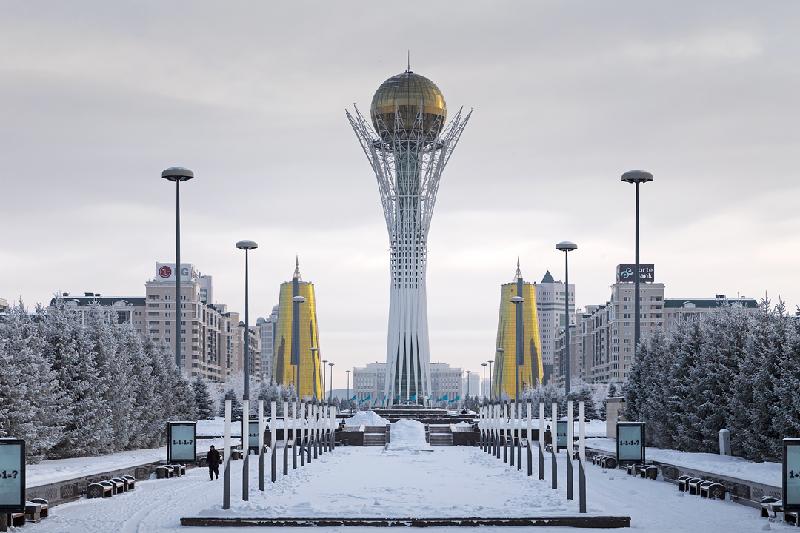 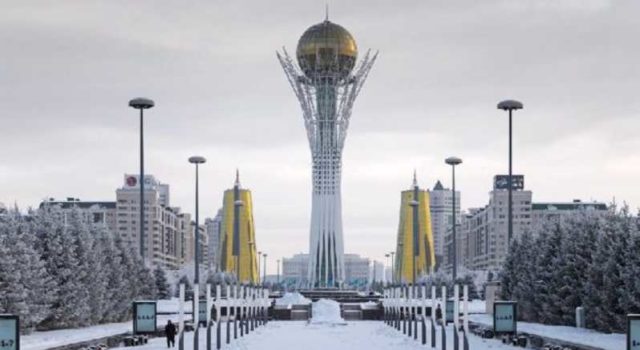 What Should One Expect from the Syrian Peace Talks in Astana?

[ Editor’s Note: The sands are shifting in the Mideast, but no one has a crystal ball to see how the Syrian mess will shake out when the dust storm passes. We are all optimistic, but not overly so, as bitter enemies will not take defeat gracefully.

Yuri Zinin, one of NEO’s top analysts, keys in below on the “Turkish Pivot” as being the key to any breakthrough, as it would have physical control over some of the key opposition groups via their direct support out of Ankara. This includes weapons, ammo and all the needed supplies to keep them flowing over the Turkish border.

The coming IS defeat in Mosul has Turkey pulling its forces back from Iraq, and the Kurd’s Barzani signaling his retirement, which we did not see coming. Concern seems to have shifted as to where the surviving and very angry IS fighters from Mosul will be transferred to next, with indications already that this will be Deir-Ezzur, with the US’ hand clearly revealed as facilitating. Trump’s credibility on wiping out IS will sink or swim on whether he continues to pretend that the US has not been supporting them.

And let me make one point clear. It is not a deal killer in having to get all the opposition groups to join a political process, as just a good majority of them need to join. Those that refuse will shift themselves over to the bombing list with IS and al-Nusra, and that should include any of the Turkey-backed groups, or it would in itself be breaking its own deal.

This shakeout would allow the Syrian coalition to concentrate on the dual tasks of cleaning out the remaining opposition groups that refuse to join the political process, where Syria could then concentrate more forces into defeating the remaining groups on the battlefield.

Those choosing not to join the political process would be kissing away having any future influence, as those Syrian people under their control, for now, would have to gravitate to one of the other groups for political representation. The key is to get the various opposition groups competing among themselves for political powers.

To be successful at that will require their being instrumental in improving people’s lives, and the name of the game there is ending the fighting and start the rebuilding.

Iran is already moving on some rehabilitation deals; the biggest so far is an agreement to help rebuild the cell phone system. This is Balkanization of a different sort. Iran is not lending Syria the money to do this. Iran will own it.

There is nothing really wrong with this, as Iran has lost 1000 of its fighters, totally ignored in the Western press, and also has funded Hezbollah’s participation, without which more Syrian soldiers would be dead and more of the country destroyed.

But with so much hanging on what Turkey does, meaning Erdogan, that makes him the weak link in the chain, as in his being removed. He has suffered a humiliating defeat at al-Bab, the huge Turkish military not being able to capture a medium-sized town from the IS, who basically has no armor or air defense.

This defeat has exposed the Turkish military as a palace guard one. Questions will be asked if Erdogan’s gutting the post-coup military went too far and rendered the country impotent, other than fighting lightly armed Kurdish guerrillas.

Despite his move to concentrate presidential authority, which is moving through the parliament now, that also is a double-edged sword as a rallying point for the non-Gulen opposition. War and Peace are still both in play, and either one may still win the day… Jim W. Dean ]

The international meeting on the Syrian settlement in Astana has been attracting the attention of numerous experts across the Middle East.

Most experts agree that the meeting will be a major international and regional step towards the shift of balance of forces on the ground, transforming a bitter military face-off into a political process. The meeting will clarify the positions and the influence enjoyed by the conflicting parties before a new round of negotiations in Geneva starts.

According to the newspaper “Al-Quds Al-Arabi” that is being published in London, the current balance of forces suggests that for the first time since the beginning of the crisis Turkey gravitates towards Russia’s position on the Syrian settlement, that dictates the need to put all the parties of conflict at the negotiating table.

This view is shared by a prominent Arab media figure and political analyst Abdel Bari Atwan. He stresses the fact that the Russian-Turkish alliance, which became the “dominant driving force” of the Syrian settlement. While Moscow supports the Syrian government, Turkey is in position to act on behalf of the armed opposition groups that has the capacity of applying pressure on them.

According to the above mentioned analyst, the Supreme Committee is losing its “monopoly” to represent opposition groups, which it enjoyed at the previous stages of the negotiations in Geneva, since armed groups are turning their backs, both completely or partially, on the their foreign sponsors, including the Persian Gulf monarchies.

This Arab analyst is convinced that we can be talking about a veritable breakthrough. It is possible, he notes, that the conference in Astana will be the turning point in the Syrian conflict where the previous regional balance of powers will change.

Other Arab authors still warn the negotiators that there is a significant number of militant groups who have not accepted the ceasefire and who still control a pretty large chunk of the Syrian territory.

The majority of the representatives of the so-called Syrian political opposition are warily watching the preparations for the Astana meeting. They carry on their claims that Damascus is getting “increasingly dependent” on its partners, while a number of media sources are making all sorts of allegations about “new contradictions between Damascus and its allies,” etc.

According to the Jordanian journalist Muhammad Khatyn, Astana has become a real alternative to Geneva, opening the road for the creation of a Syrian federal state.

A number of regional media sources perceives the importance of the meeting in Astana in a broader context that goes far beyond the scope of the Syrian crisis. Thus, according to the Lebanese TV channel “Al-Mayadin,” the trilateral statement of the Iran-Russia-Turkey in Moscow opens the field for broader political talks between them to expand the vital economic and other ties enjoyed by these states.

The TV station is convinced that Russia and Iran are happy to get Turkey involved in the implementation of the major Eurasian project, as an alternative to the European Union. The fact that former Soviet republics will get involved in this project will make it easier for Ankara to make a choice, since it has a common linguistic, ethnic and historical background with a number of those.

On the other hand, those states have fully developed ties with Iran, while the latter is also interested in deepening them in the light of the new US administration planning to review the bilateral nuclear deal. However, the ongoing crisis in Syria, fueled from outside, prevents the three states from reaching a higher level of economic cooperation.

This is an important factor to consider when assessing the upcoming meeting in Astana and its results, concludes the Al-Mayadin television channel. It’s pretty symbolic that the name Astana is of Turko-Iranian origin.