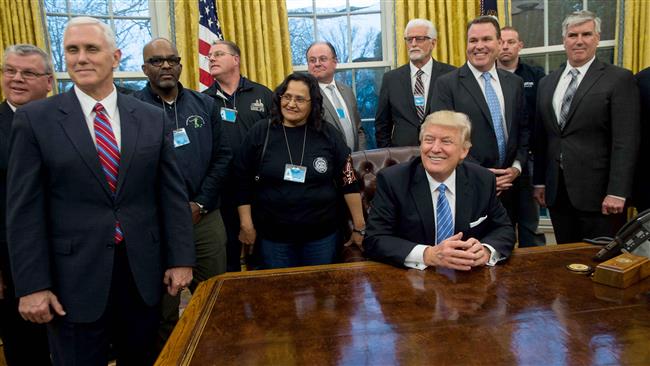 [ Note: Trump’s fawning over Israel can be explained in two simple words, Sheldon Adelson.  He owns Bibi, and for now the Likud party, and Trump, on his pet issue…Israel, not the country, but the huge international crime base. In Israel Shelley founded a free distribution newspaper that is basically a Bibi cheerleading tool, an “in your face” influence pedaling on a new scale.

There has not been any negative political blowback in Israel for his. On the contrary, a line has formed offering themselves up to Shelley, should they be so lucky.

Most would view this as politics as usual, powerful parties seeking influence the best way they can, but this is much different. In the past such “influence” was to advance one’s business and financial interests, where the money laid out would be returned many times over.

But in this case, Shelly is shelling out red ink, and does not care about getting a financial return. He is doing it for ideological reasons, at the expense of everyone else’s, without having to face the public to justify his motives.

And why should he have to do that? Well, try national security reasons for a starter. With Israel already having a lock on Congress and the media here (in terms of protection from bad coverage), why would having an additional lock on the US President be needed? The only answer I can see is that Shelly wants to do some things that Congress might not go for, that the man who signs executive orders can.

This is an intelligence penetration of the US government at the highest level, upon the person that has immunity, which not even Bibi has back at home, per his latest corruption scandal investigation. We will watch to see if the US Intelligence community moves against this threat, as they have the capacity to do so, as they always have, if they choose …JD ]

Sheldon Adelson now has two presidents in his pocket

The 2:30 minute phone interview is only on Press TV here

A bit of background: These phone interviews are very impromptu. The call from a Press TV producer comes in, you are told the topic with a request to stay under 3 minutes, you can say yes or no, and the start button is pressed after a count of three. There is no time to organize any talking points, so this is as “free form” as it gets for instant interviews.

We enjoy doing these as they are good practice for being “fast on your feet”, which this business often requires, especially for things like rolling coverage events. Most recently I was fortunate to catch commentary interview slots for Obama’s last speech in Chicago, and then the Trump inauguration.

These short radio interviews are mental calisthenics for being able to compete for the longer rolling coverage historical events, where the competition is quite intense as we live or die on getting these high exposure slots, or not… JD 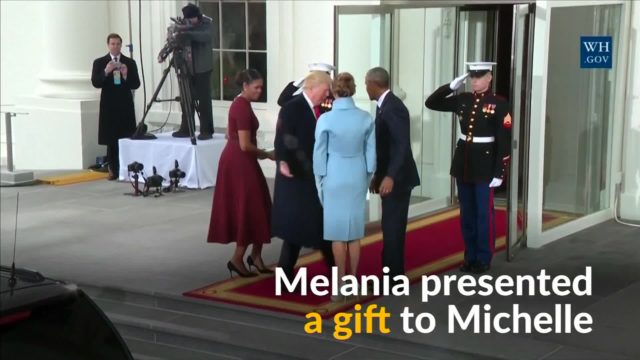 Recently sworn in as the president of the United States, Donald Trump has already proven to be a “co-president” of Israel by “supplanting” his own secretary of state to appeal to Tel Aviv, says a senior columnist at the VT.

The new president held a telephone conversation with Israeli Prime Minister Benjamin Netanyahu on Sunday, when they “agreed to continue to closely consult on a range of regional issues, including addressing the threats posed by Iran,” according to the White House.

Bibi was also invited to the US to meet Trump in February to continue his agenda of disrupting a nuclear deal between Tehran and the world powers, including Washington.

“He seems to be a co-president of Israel now,” Dean said during a telephone interview. “Basically, he seems to be supplanting his new secretary of state because that’s generally the post that would be handling stuff like this.”

Washington has never had a president who states that he is going to handle “all of the Middle East issues,” with Israel, Dean noted, adding that Bibi’s attempts to “undo” Iran’s nuclear deal also serve as an attack on the rest of the P5+1 members, namely Britain, Russia, Germany, China and France.

“Because he’s got Donald Trump in his corner,” Netanyahu is “on attack,” against Iran again, while “Trump doesn’t seem to understand how petty this makes the American president look,” said the political commentator.

Any other US leader would have been “challenged” but that is not going to happen with the Israeli intelligence “muscle,” backing the new president in US Congress and media.

According to Iran’s nuclear chief, Tehran can “easily snap back and go back … not only to where we were, but a much higher position, technologically speaking,” if Trump chooses to “tear up” the nuclear deal as he has claimed.