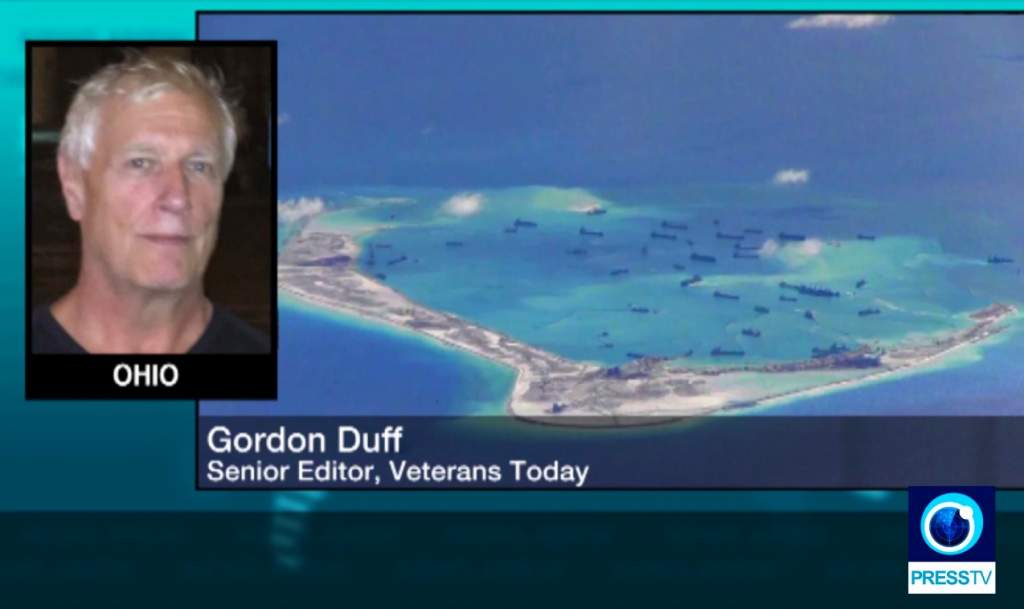 US President Donald Trump’s threats of a military or trade war with China are just and “act” and part of his “negotiation” process, says a senior editor at Veterans Today.

Gordon Duff made the remarks in a Press TV interview on Tuesday, when asked about recent comments by White House press secretary Sean Spicer, saying that Washington is going to stop Beijing’s “island building” in the South China Sea.

The US has long accused China of undertaking a land reclamation program in the disputed waters through making artificial islands.

The US has sent several of its warships to the South China Sea to protect what it calls “freedom of navigation” there, but Beijing accuses Washington of interfering in the regional issues and deliberately stirring up tensions.

“We’re going to have to send China a clear signal that, first, the island-building stops and, second, your access to those islands also is not going to be allowed,” Spicer told reporters on Monday.

According to Duff, “Trump wants to engage China,” and some of his concerns are even “legitimate.”

“China certainly has a major role as the manufacturer of 80 percent of what’s sold in the United States,” he said. “The profitability of American companies is tied to the low costs of Chinese products, some of which is from labor that by American standards is almost slave labor.”

Apart from that, the Ohio-based commentator noted, “The Chinese are long-time partners of American companies and… millions of American jobs have gone to China and Donald Trump would like to reassess that.”

However, the way Trump resorts to reaching that goal is “largely and act,” Duff said.

“It’s just simply how he does things; he blusters; he says irresponsible things… and then he backs down.”

The reason for Trump’s anti-China stance is that he does not “understand how damaged the American manufacturing capability really is.”