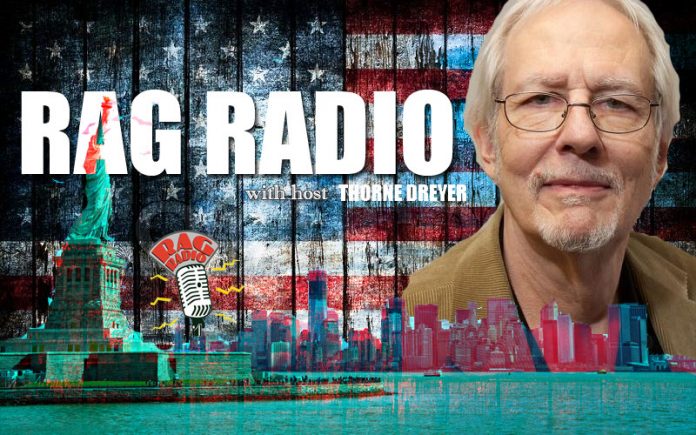 It was reissued in 2016 by El Paso publisher Cinco Puntos Press. A former editor of Punch magazine, Paul Spike’s writing has appeared in the Village Voice, The Sunday Times, Vogue, the literary weekly, TLS, and The Paris Review.

Bobby Byrd — poet, essayist and publisher — grew up in Memphis during the golden age of that city’s music. In 1963 he went to Tucson where he attended the University of Arizona. In 1978 he and his wife — novelist Lee Merrill Byrd — moved to El Paso with their three children. The city and the border region have become their home. Bobby and Lee are publishers of Cinco Puntos Press. In 2005 they received the Lannan Fellowship for Cultural Freedom.

At the National Council of Churches, Paul Spike’s father Robert had organized American churches to support the passage of both the Civil Rights Act and Voting Rights Act, to march in Selma, and to organize in Mississippi. He helped the LBJ White House pass legislation and write crucial civil rights speeches. While struggling to save a federal Mississippi education program, Robert Spike was viciously murdered in Columbus, Ohio. The murder was never solved. The Columbus police and the FBI hinted the slaying was connected to Spike’s undisclosed gay life.

After Spike’s murder, civil rights leader Hosea Williams wrote, “We don’t believe these assassinations are an accident. We believe there is a conspiracy. Too many of our most important leaders have been assassinated. John F. Kennedy, his brother Robert, Dr. King, Robert Spike…” In the afterword of this re-issue of Photographs of My Father, Paul Spike cites new evidence about his father’s murder that he hopes will lead to a fresh investigation and a renewed effort to bring justice to one of the least known but most important American churchmen of the 20th century.