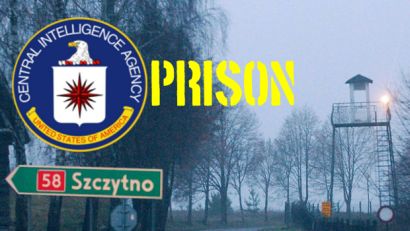 Poland and Lithuania have announced that they would not allow the United States to locate new secret detention facilities on their soil in case President Donald Trump decides to reinstate a deal, under which the Central Intelligence Agency (CIA) clandestinely detains prisoners as part of the so-called war on terror.

“There is no proposal for that and there is no room (for talks),” Polish Prime Minister Beata Szydlo told journalists in Warsaw on Thursday, adding that her government would not agree to such “black sites” at all.

Lithuanian Foreign Minister Linas Linkevicius also told Reuters that Vilnius was prepared to cooperate with Washington on all strategic issues but noted that human rights needed to be safeguarded.

“Torturing of people is not possible according to international law, code of conduct – not just legally but morally,” he said.

“I do not believe that any civilized state should apply these methods. It’s not just my personal position, it’s the position of my state,” Linkevicius pointed out.

Lithuania currently faces two lawsuits at the European Court of Human Rights (ECHR) in Strasbourg, France, over assertions that detainees were being held at one of the secret CIA jails in the Baltic country.

In 2009, a Lithuanian parliamentary inquiry identified two locations that purportedly had been used as CIA “black sites,” including an old riding school. However, a probe into the cases was dropped in 2011 over what was described as lack of evidence.

Polish authorities have been investigating such claims since 2008. The Eastern European country is believed to have struck a secret agreement with the United States, allowing the CIA to take control of an intelligence training academy and use it to secretly detain alleged terror suspects.

Human rights activists maintain that a number of other Baltic countries, such as Bulgaria and the Czech Republic, are hosting secret CIA jails.

The ECHR began examining in December 2013 allegations that two Guantanamo detainees were tortured at a secret CIA rendition prison in Poland.

Human rights lawyer Amrit Singh stated in June last year that Romania had received “millions of dollars” from the CIA to allow the agency to torture terrorism suspects in secret prisons on its soil.

She noted that the prisons were operating in Romania from 2003-2005 with the government’s “acquiescence and connivance.”

A 2014 report released by the US Senate Intelligence Committee detailed the torture tactics used by the CIA, including the extensive use of waterboarding.

The brutal practice, which mimics the sensation of drowning, was first allowed during George W. Bush’s administration for terror suspects.