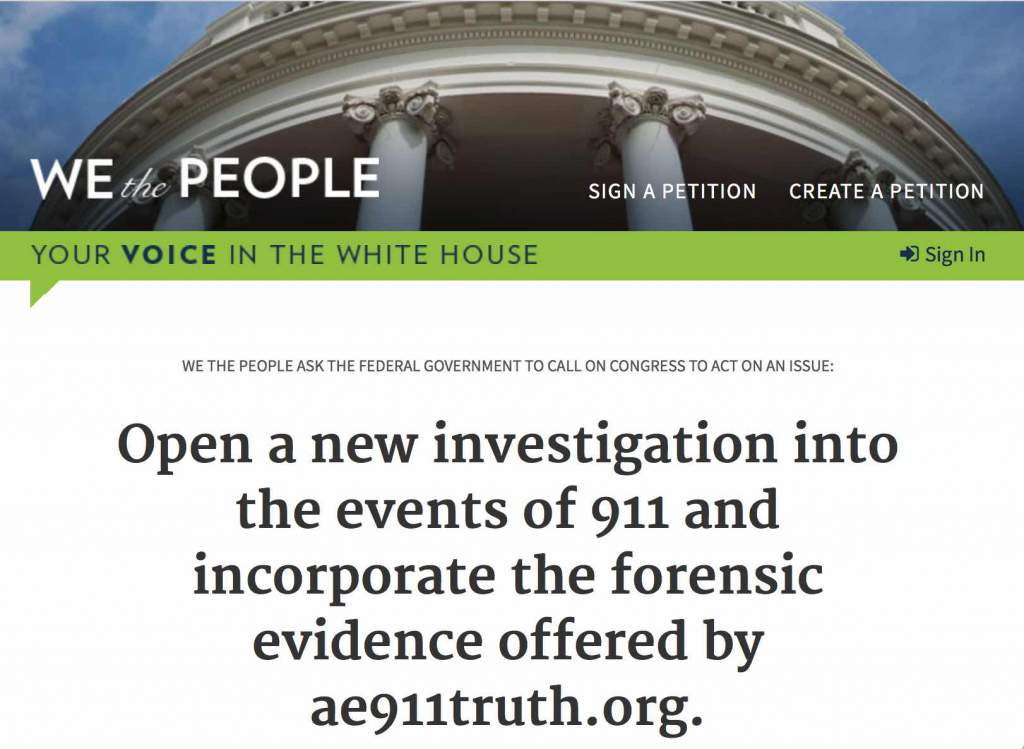 Watch this week’s False Flag Weekly News above, and click HERE for the links the stories we covered.

Trump’s first week: One or two positives, and the rest was a total disaster.

He’s fear-mongering. He wants to bring back torture, black sites, unilateral invasions of the Middle East (that’s what “safe zones in Syria” means). He’s cozying up to the Likudniks in Israel. He’s going to throw money at the military, start trade wars with Mexico and China, and artificially pump up the economy till it bursts.  And the next collapse will be a whole lot worse than 2008.

We are staring disaster in the face – the big, ruddy, loudmouthed face of one Donald J. Trump.  And almost all of Trump’s disastrous moves are pure products of the Big Lie of  9/11. It’s almost as if Trump is stuck in the shocked, paranoid world of 9/12/2001.

But that’s not really his fault. It’s our fault – for not exposing the 9/11 Big Lie a long, long time ago. If we don’t do it now, the USA, and the world, will keep swirling faster and faster before taking the final plunge into the hole in the bottom of the toilet.

Open a new investigation into the events of 9/11