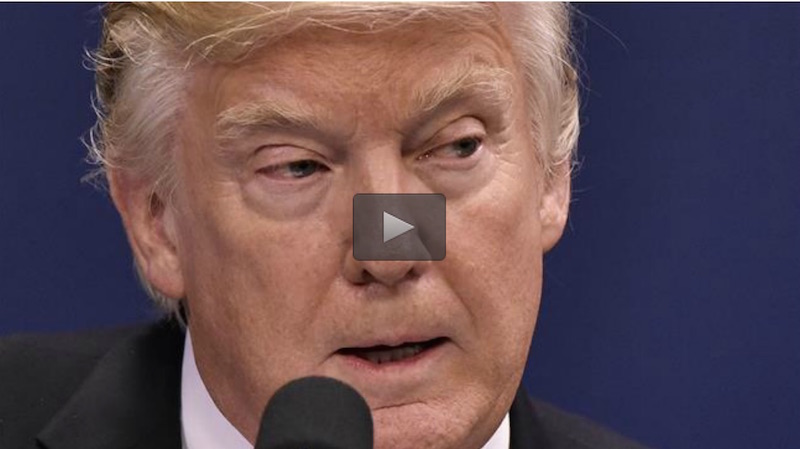 US President Donald Trump’s ban on Muslims traveling to America from certain countries is unconstitutional, “making him a traitor to the Constitution of the United States,” an American author and political commentator says.

Veterans Today Editor Dr. Kevin Barrett, the author of Truth Jihad: My Epic Struggle Against the 9/11 Big Lie, made the remarks in an interview with Press TV on Saturday after US authorities started implementing the ban.

Trump’s executive order, signed on Friday, halts the admission of new refugees into the United States and suspends the entry of citizens of seven Muslim-majority countries.

Trump’s order would impose a 90-day ban on entry from citizens of Iran, Iraq, Syria, Yemen, Sudan, Libya and Somalia, block refugees from Syria indefinitely, and suspend all refugee admissions for 120 days.

Just hours after Trump signed the executive order, several people, including those who were holding green cards and valid visas, were blocked from boarding flights to the US and some others detained at America’s airports on Friday evening.

“It sounds like President Trump has put into effect his threatened Muslim ban. And this is of course unconstitutional because the First Amendment of the United States Constitution, which guarantees freedom of religion, insists that the government cannot in any way show the slightest shred of favoritism towards any particular religion,” Dr. Barrett said.

“However, Trump openly said this was about trying to ban Muslims from the United States which is already a grossly unconstitutional statement, making him a traitor to the Constitution of the United States.  And the way they are going about this ban is showing that’s what it’s really all about,” he stated.

“He disguised it by making it look as if it’s only about certain countries but in fact those countries have been chosen so they can allow Christians from those countries to come to the United States based on the supposed exclusion for religious discrimination,” he observed.

“So this is a totally discriminatory policy and proposal. And by actually blocking these people, who have valid green cards and valid documents, the agents of the US government who are doing this are participating in  this act of high treason, which is indeed a capital crime. So it’s quite disgusting,” the analyst pointed out.

The 9/11 “was carried out on September 11, 2001 – the mass murder of 3000 Americans — by traitors in the United States government working primarily on behalf of the Likud faction in Israel which also participated in the false flag event,” added the academic.

“And the purpose of 9/11 we were told by General [Wesley] Clark as he learned directly from the neoconservatives who were part of the 9/11 plot was to destroy or overthrow the governments of seven countries in five years,” he stated.

“And these are exactly the seven countries that were targeted by Trump’s Muslim ban, with one exception I think. They switched Lebanon with Yemen.  They moved Yemen in and dropped Lebanon out for the Muslim ban,” noted Dr. Barrett, a founding member of the Scientific Panel for the Investigation of 9/11.

US officials assert that the attacks were carried out by al-Qaeda terrorists but many experts, like Dr. Barrett, have raised questions about the official account. They believe that rogue elements within the US government orchestrated the 9/11 attacks in order to accelerate the US war machine and advance the Zionist agenda.