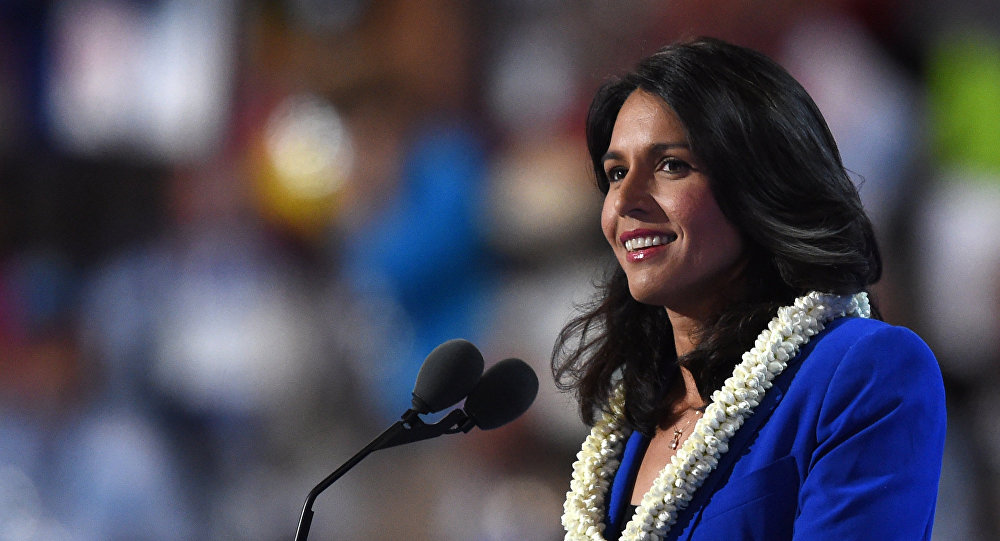 Tulsi Gabbard Speaks the Truth on Syria, Gets Smeared by the Mainstream Media

US mainstream media outlets, pundits and officials have pulled out all the stops in attempting to smear Congresswoman Tulsi Gabbard, who traveled to Syria earlier this month and then had the courage to criticize the US’s policy of funding and arming terrorists affiliated with al-Qaeda on national television.

Gabbard, a Bernie Sanders supporter who resigned from her position as vice-chair of the Democratic National Committee to support the anti-war candidate last February, traveled to Syria on a fact-finding mission earlier this month, where she had an unexpected meeting with Syrian President Bashar Assad.

A combat veteran with two tours of duty in Iraq under her belt, Gabbard has been outspoken among US politicians in pushing for peace in Syria. Shortly after Trump’s election, Gabbard surprised pundits and many members of her own party by meeting with the President-elect to discuss Syria and the fight against Daesh. 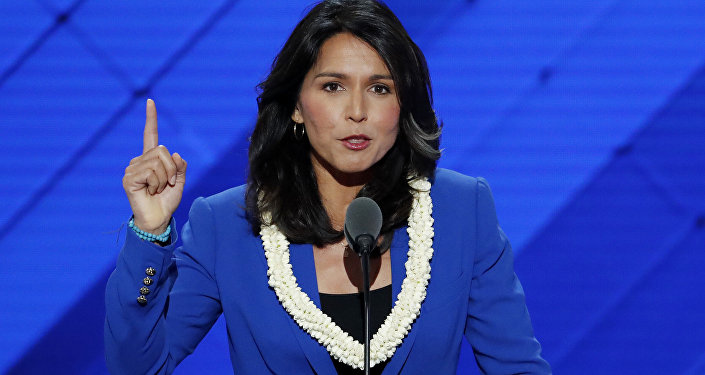 On Wednesday, Gabbard spoke to CNN’s Jake Tapper, and defended her decision to go to Syria and to meet with the Syrian President. “If we profess to truly care about the Syrian people, about their suffering, then we’ve got to be able to meet with anyone that we need to if there’s a possibility that we could achieve peace,” she said.

After Tapper interjected to blame Assad for the violence, and accused Gabbard of “giving [the Syrian President] enhanced credibility” by meeting with him, the Congresswoman responded by stressing that “whatever you think about President Assad, the fact is that he is the President of Syria. In order for any peace agreement, in order for any possibility of a viable peace agreement to occur, there has to be a conversation with him.”

Gabbard stressed that it should be up to Syrians to determine Assad’s fate, “what happens with their government and their future.”

What followed was a debate between Gabbard and Tapper, who called Assad a ‘butcher’ and said that there was no democracy to speak of in Syria. Gabbard, who documented her conversations with ordinary Syrians during the fact-finding trip, said that she had heard something very different from what the mainstream media narrative is pushing.

“I’ll tell you what I heard from the Syrian people that I met with walking down the streets in Aleppo, in Damascus,” the Congresswoman said. “They expressed happiness and joy in seeing an American walking through their streets, but [asked] a question: Why is it that the United States, its allies and other countries are providing support and arms to terrorist groups like al-Nusra (al-Qaeda), Ahrar al-Sham, ISIS who are on the ground there raping, kidnapping, torturing and killing the Syrian people?” 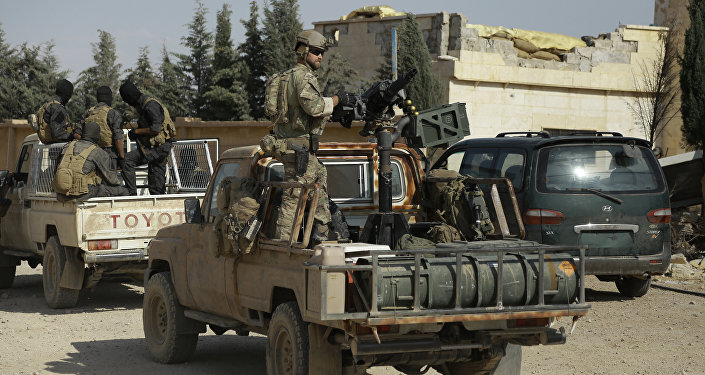 “They asked me: Why are the United States and its allies supporting these terrorist groups who are destroying Syria, when it was al-Qaeda who attacked the United States on 9/11, not Syria. I didn’t have an answer for them,” Gabbard stressed.

With Tapper insisting that the US only provided assistance for so-called moderate rebels, Gabbard countered, saying that “everywhere I went, every person I spoke to, I asked this question, and without hesitation they said that there are no moderate rebels.”

“Regardless of the name of these groups, the strongest fighting force on the ground in Syria is al-Nusra (al-Qaeda) and ISIS – that is a fact,” Gabbard emphasized. “There’s a number of different other groups; all of them essentially are fighting alongside, with or under the command of the strongest group on the ground that’s trying to overthrow Assad.”

Since returning from her trip and the CNN interview, Gabbard has been openly smeared by journalists in the mainstream media, fellow members of Congress, and pundits of all stripes. Congressmen Adam Kinzinger, for example, criticized her for making the trip, and said he hoped she didn’t meet with the “butcher Assad.”

Daily Kos, meanwhile, called Gabbard a “stooge for Syria’s dictator,” while the Daily Beast slammed her with an article with the headline ‘Tulsi Gabbard’s Fascists Escorts to Syria’. Former House of Representatives national security advisor Evan McMullin maligned her by tweeting that she “enjoys the support of Putin’s propaganda network in America, @RT_America,” simply because RT ran a story on her trip. The Washington Post, for its part, criticized Gabbard for “undermining” Washington’s “broader policy deliberations about how to approach Syria.”

I wonder if @TulsiGabbard knows that the 2 “CIA-backed” groups her proposed legislation labels as “terrorists” are fighting AQ as we speak?

I wonder if Charles Lister knows that AQ is fighting back with weapons U.S. provided them? #TheMoreYouKnow #EstablishmentMouthpiece https://t.co/QQuYvmIxOD

Other ordinary social media users also jumped to defend Gabbard, saying that she was telling the truth about Syria and asking the media to “stop lying.”

I will not be silent. I will not be complicit. @TulsiGabbard is telling the truth about #Syria. The media needs to stop lying. #SyriaTruth pic.twitter.com/QgVH8q1xUk

On Friday, Gabbard told Fox News’ pundit Tucker Carlson that she believes that President Assad “is looking for what our new President, Donald Trump would see as a shared interest with Syria. The shared interest that he has seen is this commitment to defeating ISIS –this commitment to defeating this terrorist threat that exists not only for the people of Syria, but for the Middle East and for the world.”

Asked to comment on Gabbard’s trip, and the media’s hysterical reaction, renowned Russian Middle East expert Semyon Bagdasarov told Radio Sputnik that he believed that she made the trip independently, and that US policy in the region isn’t likely to change, at least in the near future. Damascus, Bagdasarov noted, shouldn’t expect any fundamental changes in Washington’s position, “with the possible exception of some joint US-Russian efforts in the fight against Daesh” in the country.

“The US has not resigned itself [to what is happening],” the analyst said. “Just the other day, according to sources close to the [Kurdish] Federation of Northern Syria, the US opened another US base, consisting of 800 US personnel, equipment, etc. in al-Hasakah. In other words, the US military and the CIA are engaged in carrying out their tasks. Yes, the US government is changing, but the trend remains – no one is going to give up in Syria.”