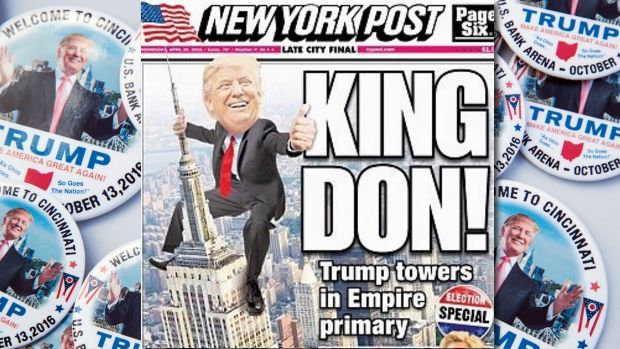 … by  Uri Avnery, with Gush Shalom 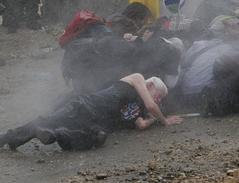 [ Editor’s note: It’s been a while since we have done a Uri piece, but I was curious to get the Israeli Left view on Mr. Trump. I was not surprised that Uri did not approve. If Bibi liked him, he must be bad, and if Trump liked Bibi, that was a double confirmation.

Israel has been low key during the first shakedown week for the new Trump team. If Trump is Bibi’s ringer, and Congress is still in the pocket, Bibi doesn’t have to go through all of this theatrics, including those silly bomb diagrams. Then there is the other reason for Bibi keeping a low profile, his multiple criminal investigations which the very kind America media has not covered too widely.

But in his early 90’s, Uri is our senior writer here, his having been at it for as long as Gordon and I have been alive. We hope to be still be blasting away when we are 93, and not writing in sentence fragments.

It starts out a bit silly and gets more serious. But I thank Uri for choosing the King Kong satire title rather than King Dong, so I did not have to censor. After all, we are a family magazine with standards to uphold… Jim W. Dean ] 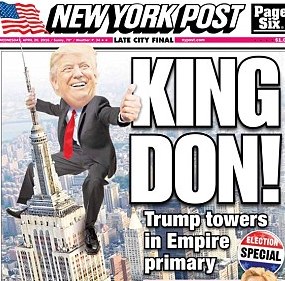 I knew he reminded me of somebody, but I couldn’t quite place it. Who was it who pounded his chest with such vigor? And then I remembered. It was the hero of a movie that was produced when I was 10 years old: King Kong.

King Kong, the giant primate with the heart of gold, who scaled huge buildings and downed airplanes with his little finger. Wow. President Kong, the mightiest being on earth.

Some of us had hoped that Donald Trump would turn out to be quite a different person than his election persona. In an election campaign you say many kinds of inane things, to be forgotten the day after.

But the day after has come and gone, and the inane things have multiplied. The incredible Trump we believed didn’t really exist is here to stay – for four years, at least.

On his first day in office, we saw the absurd sight of two boys in the schoolyard arguing about who had the largest.

In this case, the largest inauguration crowd. He insisted that he had the greatest ever. As he should have expected, within minutes aerial photos appeared on TV, showing that Barack Obama’s crowd was far larger. So did he apologize? On the contrary, he insisted.

A spokeswoman appeared and explained that this was just a case of “alternative facts”. A wonderful phrase. Pity I did not know it during my many years as a journalist. When I say at noon that it is midnight, it is just an alternative fact. (And is of course true – in Hawaii or somewhere.)

I have a very limited understanding of economics. But just a small amount of simple logic tells me that Trump’s economic promises are baloney. One doesn’t “bring back jobs” by talk.

Manual jobs are lost because of automation. The German and British textile workers destroyed the machines that took their jobs away. That was some 300 years ago, and it did not help them. Now Trump looks a hundred years back, and wants things to revert.

A hundred years ago you needed a thousand workers to do the job done now by ten. This will remain so and intensify, even if you smash all the computers in the world. 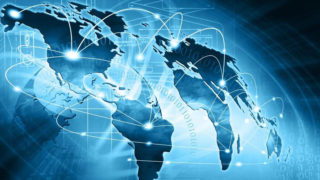 Globalization is the spirit of the times. It is the natural outcome of a situation that allows me to react to Trump’s words within a few seconds of his uttering them. When I can fly around the world in much less than 80 hours.

Credulous people may believe such simplistic slogans. Which brings us to the problem of democracy.

I just read an article asserting that democracy is dead. Gone. Passé.

Winston Churchill famously said that democracy is a very bad system, but that all other systems tried until now are worse.

He also said that the best argument against democracy is a five minute conversation with an average voter.

Democracy could function when there was a sensible filter between the candidate and the people. A truthful press, an educated elite. Even in the Germany of 1933, with millions of jobless around, Adolf Hitler never did obtain a majority in free elections.

Now, with candidates addressing the voters directly through social media, all the filters are gone. So has Truth. The most atrocious lies travel through twitter and facebook in seconds, straight into the minds of millions, who have no capacity to judge them.

I think it was Joseph Goebbels who wrote that the bigger the lie, the more believable it is, since simple people cannot imagine that anybody would spread such a huge lie.

For example, the claim by President Trump that three million votes were stolen from him, thus causing him to lose the popular vote. No proof. Not even a shred of supporting evidence. Sheer nonsense, but many millions of ordinary people seem to believe it.

But if democracy is becoming obsolete, what is there to replace it? As Churchill intimated – there is no better system around. So this is the harvest of the first week in office: more packs of lies, or “alternative facts”, by the day. What about the substantive issues?

If we believed that many of his policy promises were just election stuff, we were wrong. On issue after issue, Trump has started to faithfully fulfill his promises. Abortion rights. Protection of the environment. Medical insurance. Taxes on the super-rich. All going down the Potomac.

This, too, is a sign of the modern age: the poorest vote for the richest, against their own most elementary interests. That is true in America as it is true in Israel.

Ah, Israel. Israel is occupied with endless speculation about Trump’s promise to relocate the US embassy in Jerusalem. One could have assumed that Israel has bigger troubles.

There is the kind of civil war raging now between the government and the Arab minority, which constitutes some 21% of the citizens of Israel proper. There are casualties on both sides. And especially with the Bedouin (also in Israel proper) who volunteer for the army, but whose homes the government wants to destroy, to make place for Jewish settlers.

And the occupation of the West Bank. And the blockade of the Gaza Strip. And the multiple corruption investigations of the Prime Minister and his wife, and the possible giant bribes to relatives of Binyamin Netanyahu for the acquisition of submarines. And for bribing newspaper tycoons.

No, all these are bagatelles, compared to the location of the US embassy.

The UN partition plan of 1947, which formed the legal basis for the State of Israel, did not include Jerusalem in Israeli territory. It provided for a Jewish and an Arab state in Palestine, with Jerusalem and Bethlehem as a separate enclave.

Israel, of course, annexed West Jerusalem soon after its foundation, but no foreign embassy moved there. They all remained in Tel Aviv, which is an uglier but much livelier city. They are all still there. Including the American embassy, which is located on Tel Aviv’s seashore, just opposite my window.

(In between, some South American banana republics did move to Jerusalem, but they soon moved back.)

In every American election, some candidate promises to move the embassy to Jerusalem, and every incoming president revokes the promise, once his experts tell him the facts of life.

Trump also promised. He, too, wanted to attract some Jewish votes, in addition to the one of his Jewish son-in-law. Trump probably thought: apart from these damn Jews, who cares?

Well, about 1.5 billion Muslims around the world care. And care a lot.

If Trump knew anything, he would be aware of the fact that in the very early days of Islam, the Qibla (direction of prayer) was Jerusalem, before it was moved to Mecca. East Jerusalem is the third holiest site in Islam. Recognizing the whole of Jerusalem Including East Jerusalem as the capital of Israel could lead to unthinkable violence against US installations from Indonesia to Morocco.

It seems that by now the experts have told Trump too, because he has begun to stutter about this issue. He is thinking about it. He needs time. Perhaps later. Perhaps the new US ambassador, a fervent right-wing Zionist, will go to live in Jerusalem, while the embassy remains in Tel Aviv.

Poor man. He will have to travel daily from Jerusalem to Tel Aviv, a road almost always blocked by traffic jams. But everyone has to suffer for his convictions.

But the real sad fact is that in every single speech since the inauguration, the main theme – indeed, almost the only theme – of President Donald Trump is I – I – I.

Look out for the movie – King Kong II.