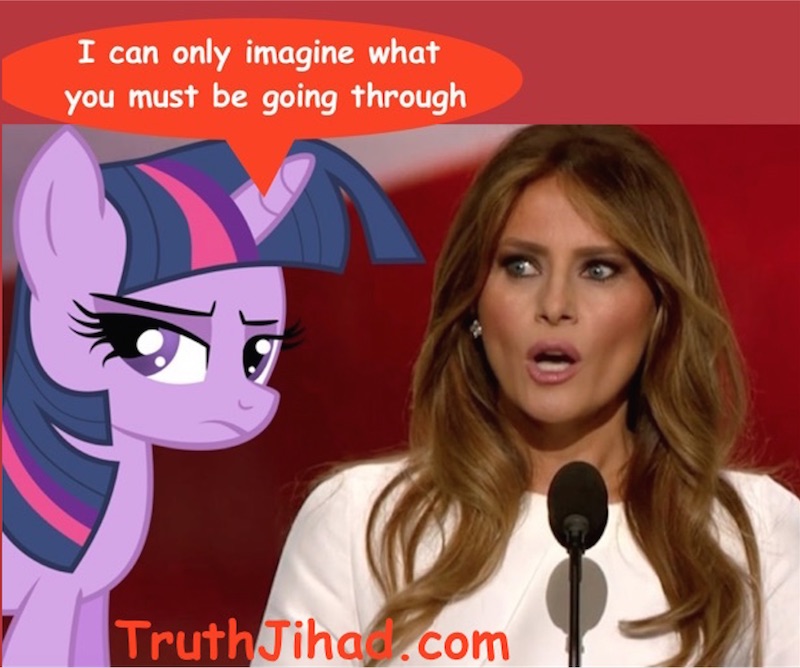 WTF Did Trump Say To DEVASTATE Melania During The Inauguration Ceremony? TWO Bystanders Look Freaked Out Too

Look at this short clip where newly sworn-in President Trump turns around and says something to her during Reverend Graham’s prayer and at first she is smiling and beaming, but after Trump says whatever he said, immediately her face falls, and extremely sad and crushed. . . VERY weird, odd, and sad stuff.

Bystanders look freaked out too:

…Donald Trump knows that bombs blew up the world trade towers on 9/11/2001, he said that on live tv the day it happened. So he respected when I loudly pointed out that it was 5 JEWS, not muslims, who were cheering and arrested in NJ on 911.