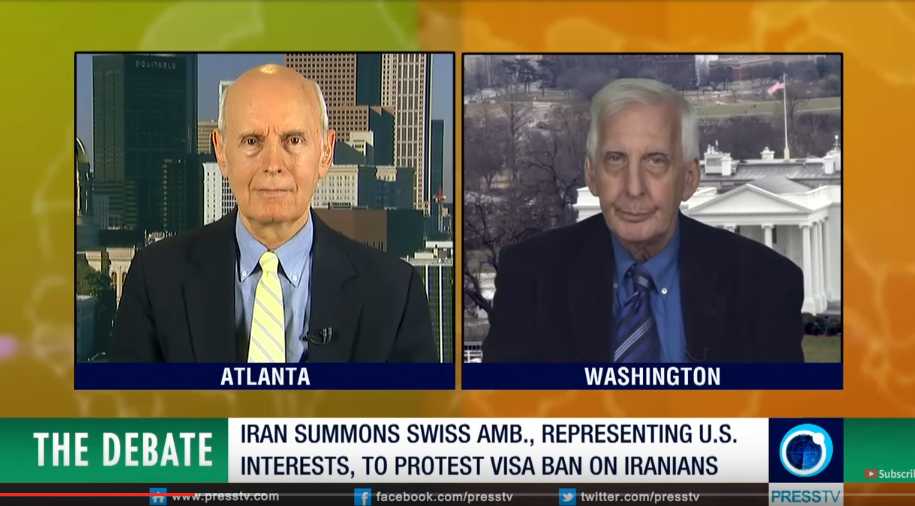 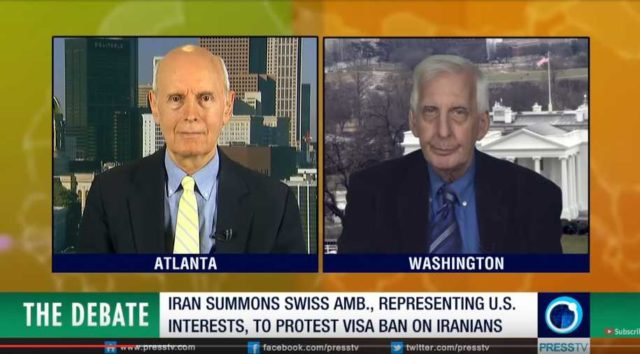 [ Note: Trump’s team of political operatives on his Whitehouse staff just delivered a lasting deep wound to his administration for their amateurish execution of their proposed review of the visa issuing procedures. The dummies were all about making a big splash the first week by utilizing the executive order tool.

They will now go down in history for actually abusing it. To have held meetings with all the agencies involved in executing such an order beforehand, to make sure it did not become an administrative nightmare, much less a media circus, would have been a normal part of attempting something like.

But the Trump team has shown America they obviously still think they are in Reality TV land, where showmanship and hogging the media trumps all other considerations. The idiots even allowed John McCain and Lindsey Graham to come out in support of no discrimination against Muslims, when it was not a Muslim ban, but a ban on everyone from the seven countries trying to get into the US.

You just can’t make this stuff up, but the Trump team is trying to prove me wrong on that. But the proof is in the pudding. After Gordon got VT’s first major article up on the illegality of this act, with an analysis of the case law, and date-stamped around 2 a.m. Sunday morning, we beat all the major media and Trump backed off.

By Meet the Press showtime, chief of staff Priebus was telling us that “moving forward” the green card holders would not be part of the “review process”. And Trump went on video to reconfirm that the “review period” would only last ninety days.

So they were trying to put the genie back in the bottle, but the damage is done in that they exposed how inept they could be. They made fools of themselves, and the pollsters will be happy to confirm that. Why, because with only 38 to 40% supporting Trump, his first order of business was to get that up over 50% by sticking to broad support issues.

Everything else could have waited until he had settled in and built up a stronger support base. Immigrants have not statistically been a terror threat to require emergency treatment. The black on white reign of crime terror on America is totally off limits in media and politically, despite the federal crime stats being slam dunk proof that it is going one.

But like the Aztec victims of old, our own race war victims are being written off as the price of feeling good about ourselves, which does not include me… Jim W. Dean ]

President Donald Trump’s controversial executive order to prevent Muslims’ entry into the United States has caused great shock and anger among people both in America and across the world, Muslim nations in particular. 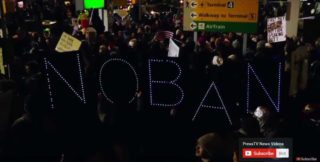 While thousands of Americans have rallied across the United States to show their resentment of the new directive, authorities in several countries have opposed such a collective punishment. We have asked two experts to give us their assessment of the president’s contentious executive order.

Jim W. Dean, managing editor of the Veterans Today from Atlanta, said that the entry ban imposed on nationals from Muslim countries is in clear violation of the US Constitution.

He noted that what President Trump did is technically an impeachable offense, particularly for the green card holders, because it violates the constitution.

Trump is basically seeking to lay down the groundwork for the US president to take away people’s constitutional rights under the pretext of national security reasons, he analyzed.

Dean described the new US president as “stupid” and said that he does not know the right way to govern America, and by adopting imprudent policies, he is in fact putting both his own country and the rest of the world in danger.

The commentator warned that Trump’s immigration policy “is going to kill more Americans,” because terrorists could now disguise themselves as freedom fighters and pretend that they are defending Muslims.

According to Dean, the new president’s executive order has not been thoroughly “thought out” and has therefore created a lot of chaos and confusion, for example by preventing the return of American nationals in Iraq as a result of the ban on the terror-stricken country.

Dean also criticized the new administration’s hasty decision-making, saying it has failed to even coordinate such an “idiotic” act with the Department of Homeland Security and other administrative organizations.

He predicted that the Muslim ban would deal a huge blow to the Trump administration, by showing that the president was clueless as to the repercussions of his decision.

Meanwhile, Brent Budowsky, a columnist with The Hill, opposed “what Trump did on the immigration and refugees,” adding that most Democrats and many Republicans have also disagreed with the new president’s policy.

Budowsky noted that Trump’s inner circle in the White House pushed for the Muslim entry ban, without consulting with the State Department, the Department of Homeland Security and the Pentagon, triggering nationwide protests.

He predicted that Trump’s continuation of his controversial polices will cause “more reasonable, dissent and sane Americans to rise up” against him.

“The White House does not know what it is doing. They did not consult the people who do know what they are doing,” Budowsky noted, adding, “Trump has a solid support of about 38 to 40 percent of the American people and the rest don’t support him and don’t agree” with his polices.

“If he (Trump) keeps acting this way, he is going to get America, but even more the Republican Party and his presidency, into very big trouble,” the analyst cautioned.

Such harsh policies to build border walls and prevent the entry of Muslims will “divide the country even more. It’s going to divide the Republican Party as well because many Republicans don’t like this,” he stated.

Pointing to the international response to Trump’s executive order, he noted that even US allies are lining up against this policy one after another.

The new executive order has given rise to questions as to why Trump has refused to include certain Muslim countries wherein he has business interests and which have been involved in terrorist attacks in the United States, the analyst exclaimed, adding, “Trump businesses do business in many Muslim countries and none of them were included in this [ban].