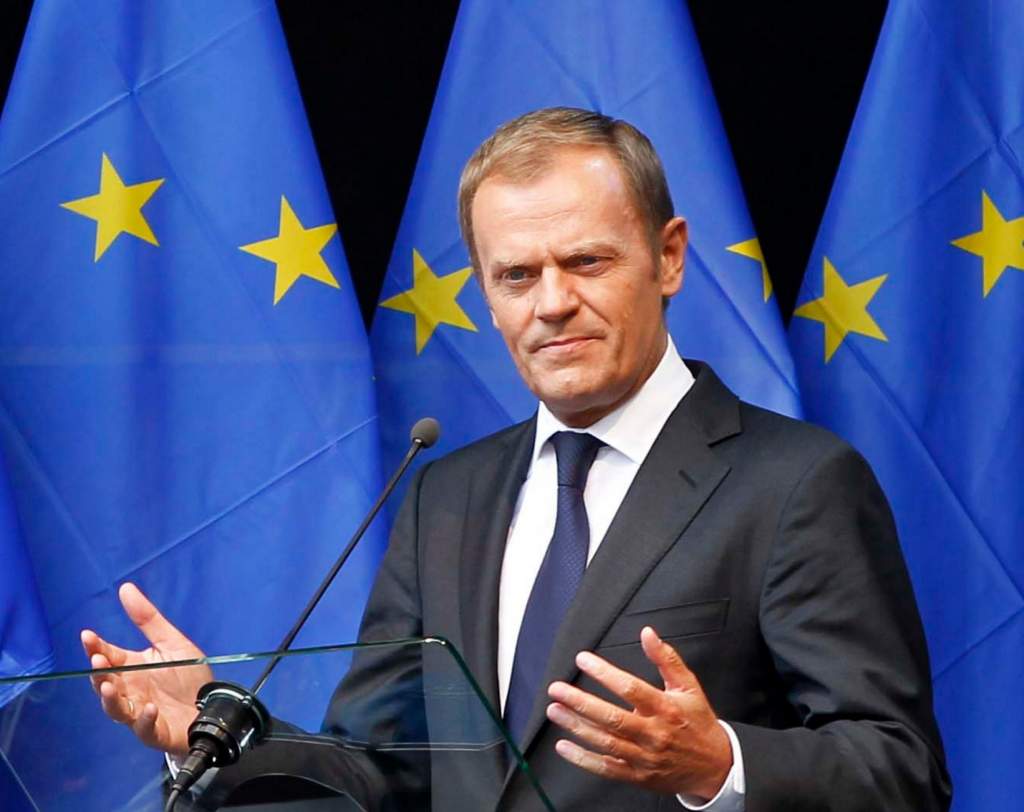 US under Trump among external threats to EU – council president Tusk

The senior EU official added that the bloc must take “spectacular steps” to avoid disintegration. He said that if this did not happen, separated European nations would become dependent on the US, China and Russia.

Tusk said the EU could capitalize on Trump’s trade strategy to boost European economic ties around the world.

The remarks were made in the Estonian capital, Tallinn, where Tusk was meeting leaders of the three Baltic states. His speech mirrored an open letter to European leaders he had written earlier, ahead of a summit in Malta on Friday.

Tusk believes that the EU is currently facing a threat unprecedented since the since the signature of the Treaty of Rome in 1957, which founded the European Economic Community, EU’s predecessor.

“For the first time in our history, in an increasingly multipolar external world, so many are becoming openly anti-European, or Euroskeptic at best. Particularly the change in Washington puts the European Union in a difficult situation; with the new administration seeming to put into question the last 70 years of American foreign policy,” he said in the letter.

Tusk said that in addition to external threats, the EU has to deal with domestic nationalism, “national egoism,” a “decline of faith in political integration” and rising doubts about “the fundamental values of liberal democracy.”

Tusk warned against seeing any potential end of the EU as a positive development.

“The disintegration of the European Union will not lead to the restoration of some mythical, full sovereignty of its member states, but to their real and factual dependence on the great superpowers: the United States, Russia and China,” Tusk wrote to EU leaders. “Only together can we be fully independent.”

The European Council president suggested that the EU should borrow the American motto: “United we stand, divided we fall.” Variations of the phase have been used since antiquity, although its American roots date back to a pre-Revolutionary song by John Dickinson, one of the Founding Fathers.

While Tusk’s criticism of Trump is among the most vocal by EU officials since the Republican’s election, he is far from being alone. Earlier, Guy Verhofstadt, the EU’s chief negotiator on Brexit, said Trump and his chief strategist, Steve Bannon, are determined to break up the European Union.

Verhofstadt identified three major threats to the EU, with radical Islam and Russia being the first two.

“My impression is we have a third front undermining the EU, and that is Donald Trump, who … has spoken very favorably that other countries will want to break away from the EU, and that he hoped for a disintegration of the EU,” he added.

and from Press TV:

The European Council president has criticized “worrying” statements by the US administration under President Donald Trump, describing Washington’s new stances as threatening.

In a Tuesday letter to EU leaders ahead of a summit in Malta, Donald Tusk urged the bloc’s members to boost trade with other nations against the backdrop of increasing US isolationism.

“Today, we are dealing with three threats, which have previously not occurred, at least not on such a scale. The first threat, an external one, is related to the new geopolitical situation in the world and around Europe,” the letter said.

“An increasingly, let us call it, assertive China, especially on the seas, Russia’s … policy towards Ukraine and its neighbors, wars, terror and anarchy in the Middle East and in Africa … as well as worrying declarations by the new American administration all make our future highly unpredictable,” Tusk added.

“Particularly the change in Washington puts the European Union in a difficult situation, with the new administration seeming to put into question the last 70 years of American foreign policy,” the letter noted.

Tusk pointed to the rise in anti-EU nationalism and the “state of mind of the pro-European elites” as the second and third challenges facing the bloc, respectively.

All 28 EU leaders are scheduled to meet in Malta on Friday to discuss, among other things, the refugee crisis and Britain’s exit from the bloc.

On Thursday, the eurozone’s top official Jeroen Dijsselbloem voiced concern over Trump’s policies and urged the EU members to use the potential loss of American partnership as an opportunity to strengthen the bloc’s single currency.

“I have made my mind up that in the coming years we are on our own, which may be a good thing. Maybe that is what Europe needs – to really work together in a better and more productive way, to sort out its own problems, to strengthen its own economic balance, its own defense situation,” said Dijsselbloem.

Trump’s likely choice as the US envoy to the EU, Ted Malloch, warned this week that euro “could collapse” in the next 18 months.

The new US president has formerly praised Britain’s vote to leave the EU, and called for reforming the North Atlantic Treaty Organization (NATO), the military coalition bringing together many of the countries in Europe.

Trump has said NATO is “obsolete, because it was designed many, many years ago” and that “because it wasn’t taking care of terror.”

Most EU officials have been disconcerted by the remarks of the US president, who has never served in a government or diplomatic post. The officials intend to keep what they see as European unity by preventing other member states from leaving the bloc or the eurozone.