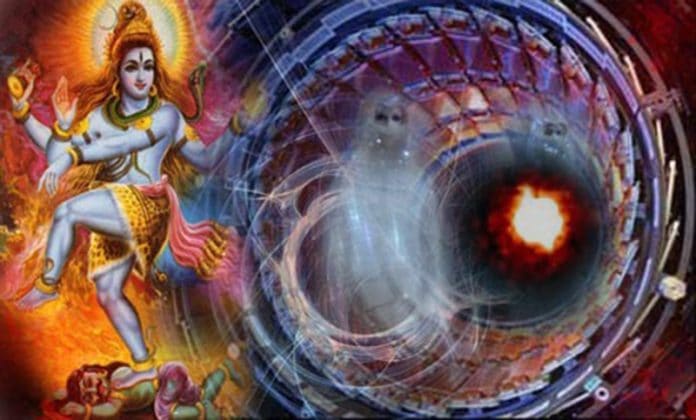 CERN and the joining of the AWAKE linear accelerator to the Main Ring of the Large Hadron Collider itself. This combination will direct energy to the center of the Main Ring, known as the North Area impact point. It is where the portal itself, at the quantum scale, will be opened by breaking the nuclear “strong” force binding quarks together. These are the Strangelets produced by the LHC.

Resurrection of the Dead. Re-animation of DNA, including that of the Pharaohs, beginning with Osiris, who is Nimrod. The actual DNS of Osiris will be placed at the North Area.

Vatican. Jesuits run CERN. Professor Sijbrand de Jong, President of the CERN Council, and a Knight of the Order of the Netherlands Lion. The actual Director of CERN is Fabiola Gianotti, is an Italian particle physicist, currently CERN (European Organization for Nuclear Research) Director-General and the first woman to hold this position. Her mandate began on 1 January 2016 and runs for a period of five years.

Anthony Patch is a Christian, author, researcher and writer.

Following a career as a Paramedic out of Oakland, CA, he embarked upon over twenty years of research covering diverse areas including ancient history, archaeology, biology, medicine, meteorology,philosophy, quantum physics and religion.

Anthony attended U.C. Berkeley on a full scholarship in swimming, having attained Olympic Class performances. Following college, he joined the U.S. Army, serving in Germany as a Military Policeman within the nuclear surety sector as a Accident Investigator, and Field Medic.

His next book: Coalescence due out end of February. Egyptian, Babylonian, Sumerian records combined with present-day science, including particle accelerators, quantum computers and DNA.