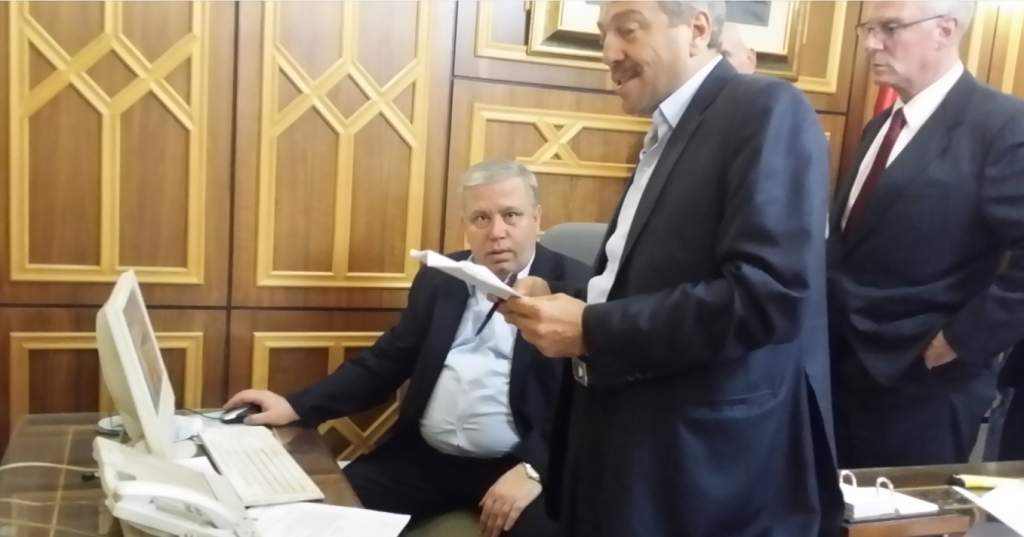 [ Editor’s Note: The US Homeland Security database was something created by a contractor using off the shelf software, to mine Google, Facebook and Twitter.  We have six FBI agents in Pakistan who are capable of only handling the highest priority cases. Screening people is not like in the West where they have extensive accessible records… Jim W. Dean ]

To the Trump administration, the photo above has to seem more than dramatic.  This is the only photo ever taken within Syria’s highly secret underground counter-terrorism headquarters.  At the keyboard is Najm Hamad al-Ahmad, Syria’s Minister of Justice.

In the room are Gordon Duff, taking the exclusive highly restricted photo and a high level security official from Washington, not to be named, along with Jim W. Dean, Thomas Mattingly and Nahed al Hussaini.

The recent Muslim ban, according to congressional sources, is based on lack of access to quality intelligence on Syria, intel that Trump claims he is getting from Paksitan, Saudi Arabia, Egypt and dozens of other Muslim nations.  This is all, of course, total fabrication.

There are over 200,000,000 people in Pakistan alone and over 1 billion Muslims that can freely travel in and out of Trump’s America, people that exist on no written record other than their visa applications which are impossible to submit to any type of vetting.

However, Syria has records, a massive human intelligence network and is offering it all to the Trump administration, in order to protect the United States from terrorists from Syria.

The offer is real, the photo is proof.