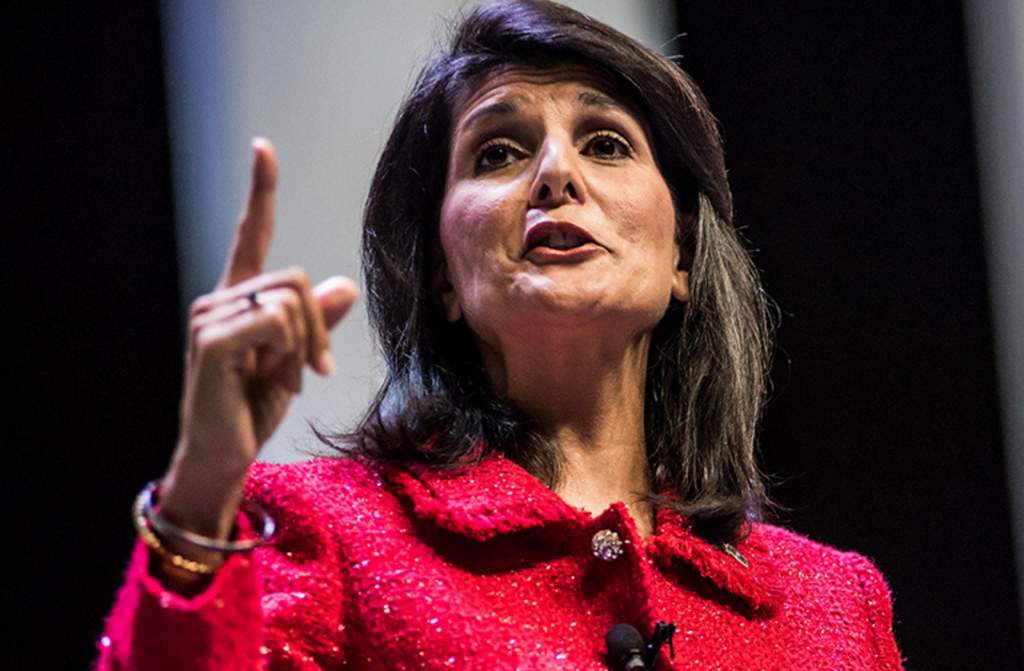 The new US ambassador to the United Nations, Nikki Haley, has strongly condemned Russia’s “aggressive actions” in Ukraine even as the administration of US President Donald Trump seeks to improve ties with Moscow.

In her first public remarks at the UN Security Council on Thursday, Haley said that all US sanctions on Russia will remain in place until Russia returns control of the Crimea peninsula to Ukraine. Crimea rejoined Russia following a referendum in 2014.

“I consider it unfortunate on the occasion of my first appearance here I must condemn the aggressive actions of Russia,” Haley said.

“We do want to better our relations with Russia. However, the dire situation in eastern Ukraine is one that demands clear and strong condemnation of Russian actions,” she said.

“Crimea is a part of Ukraine. Our Crimea-related sanctions will remain in place until Russia returns control of the peninsula to Ukraine.”

Haley, who lacks foreign policy and diplomatic experience, was speaking at an emergency UN meeting about a sudden upsurge in violence in eastern Ukraine.

“Eastern Ukraine of course is not the only part of the country suffering because of Russia’s aggressive actions. The United States continues to condemn and call for an immediate end to the Russian occupation of Crimea,” Haley said.

Nearly two dozen people have lost their lives since fighting broke out between Ukrainian government troops and Russia-backed forces in eastern Ukraine over the weekend. Ukraine and Russia had blamed each other for a surge in fighting.

Haley’s rhetoric was in stark contrast to Trump’s, who has praised Russia’s President Vladimir Putin and has called for closer ties between Washington and Moscow.

Relations between Washington and Moscow deteriorated during the Obama administration over the conflict in eastern Ukraine and the crisis in Syria.

Washington and its allies had levied broad economic sanctions against Russia over its alleged support for pro-Russia separatist forces in eastern Ukraine and reunification with Crimea in 2014.