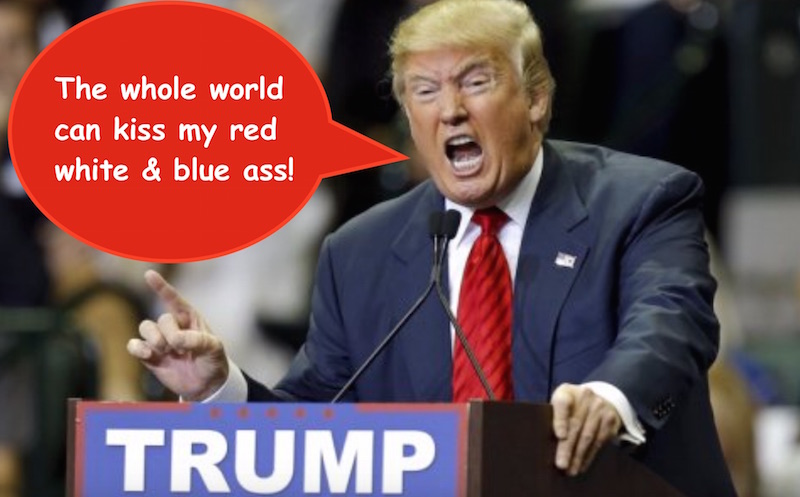 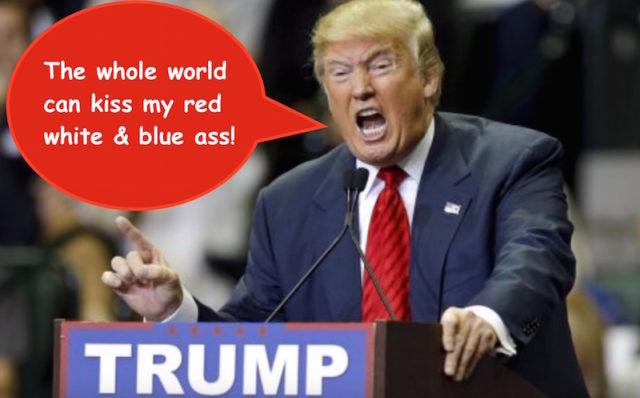 The Guinness Book of World Records announced Friday that President Donald Trump has set a new world record in several Tweet categories, including:

Quantity of insults directed to foreign leaders in a single 72 hour period;

Number of threats to sovereign foreign governments  in less than a week;

Most notable display of obnoxiousness, boorishness, rudeness, and general bad manners in one 24 hour period;

as well as other minor categories too numerous to mention.

“We’ve never seen anything quite like this before,” said Guinness spokesman Roger Rubblesworth. “During the past few days, Trump put Iran on notice for a US attack, threatened to invade Mexico to ‘get those bad hombres,’  menaced China’s islands in the South China sea, and threatened to defund the University of California, all within a couple of days. But then what happened last night…I’m still shaking my head in disbelief.”

Though last night’s Trump Tweets have been deleted from the national consciousness by a special NSA men-in-black mind-wipe, informed sources say they involved threats to urinate on Vladimir Putin’s shoes, wipe the presidential posterior with the German flag, moon French President François Hollande, fart in the general direction of Japan, expose himself to Theresa May, and invite Indian Prime Minister Modi to “kiss my red white and blue American ass.”

And in response to a Tweet from Canadian Prime Minister Justin Trudeau asking Trump what he said that freaked out Melania at the inauguration, Trump tweeted: “I told her: ‘pee pee party in Obama’s bedroom tonight, honey!'”

Oleg Erovinkin, the ex-KGB chief and expert on Trump’s sexual predilections, could not be reached for comment. 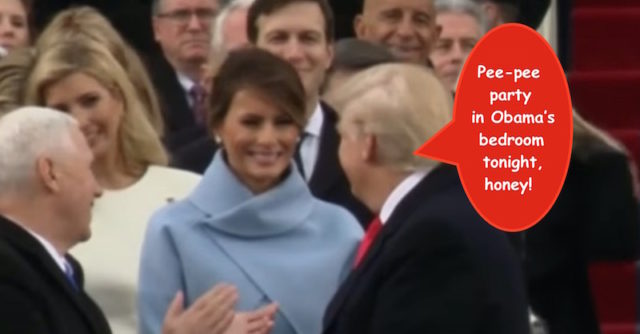