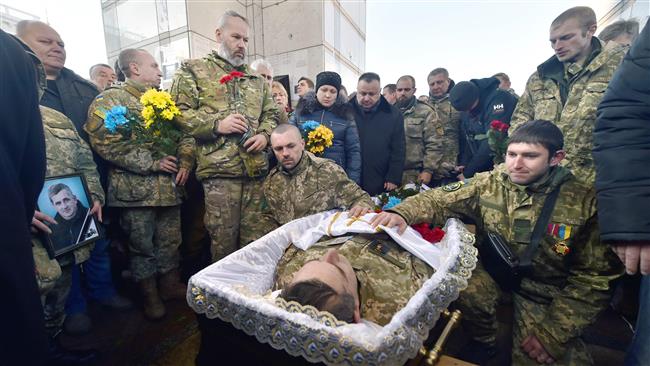 [ Note: The dump trucks of lies continue to unload on the American people, who as an additional humiliation are forced to pay for the delivery. Having a female UN ambassador to deliver the lies seems to be in vogue as a softer way to do it.

It’s not so much that diplomats would want to hide the truth on nasty things they are doing, but that the public acquiesces and swallows what is throw out at them. Nikki Haley seems to have gotten into the  manure-truck groove quite easily.

I doubt the UN Ambassadors get much mail criticizing what they are doing. America really needs grassroots letter clubs that organize a constant flow of letters and emails going out to officials on timely topics. The cynics are wrong in suggesting it is a waste of time, when it is just the opposite.

As long as they don’t see any pushback, they have no incentive to stop shoveling out the manure. Our silence is acceptance and permission. The seeds for these groups include people who are already in other affinity groups, where it would just be a matter of having a weekly group Skype meeting to share targets and talking points so the participants would have everything they need to execute.

The key is to make it fast and efficient and to keep a tally of what they are doing, so as the months go by, they see the communication statistics grow. Some fun has to be woven into it. For instance, when we started “flagging” Governor Roy Barnes, who took the Confederate Heritage state flag down using a bushwhack end of legislative session trick, our motivation for sustaining our efforts was all the car honking that we got from the passersby who supported our efforts. There’s nothing like a little positive, instant feedback.

This politician was defeated in the next election, and the black anti-flag Democrats have never had a committee chairmanship since then; although once the Republican governor assumed office, he quickly abandoned supporting the heritage movement, since he was grooming himself for national office, which requires wiping one’s feet on Southern heritage as a domestic Islamic State era of our history. My revenge? … they never got another dime or one minute of my time. I found a better place for it at VT… Jim W. Dean ]

The United States ambassador to the United Nations has strongly condemned Russia’s aggressive actions in Ukraine. Haley goes on to say that all American Crimea-related sanctions on Russia will remain in place until Russia returns control of the peninsula to Ukraine.

Crimea rejoined Russia following a referendum in 2014. Meanwhile Russia’s president, Vladimir Putin says Kiev provoked the recent upsurge in violence to win the support of the new US administration.

James Best3 hours ago
Crimea is better of whit progressive Russia that retarded Ukraine .Fuck NATO and the NWO zionist banksters.
–
408Magenta1 hour ago
Ukrainian is now a basket case.
–
GodConsciousness1 hour ago
Sorry Trump, but the people of Crimea VOTED OVERWHELMINGLY to return to the mighty, loving arms of Mother Russia!
–
Soji Olaniyan3 hours ago
well..it’s going to get more ugly in the world. Death of US / Russia relations. That’s exactly what Ukraine want
–
Ssa AA2 hours ago
Usa should respect the sovereignty of Syria blame yourself first then blame others
—
–
Rooster Cooper1 hour ago
There was a saying when i was a kid. keep your nose out of other peoples business
–
–