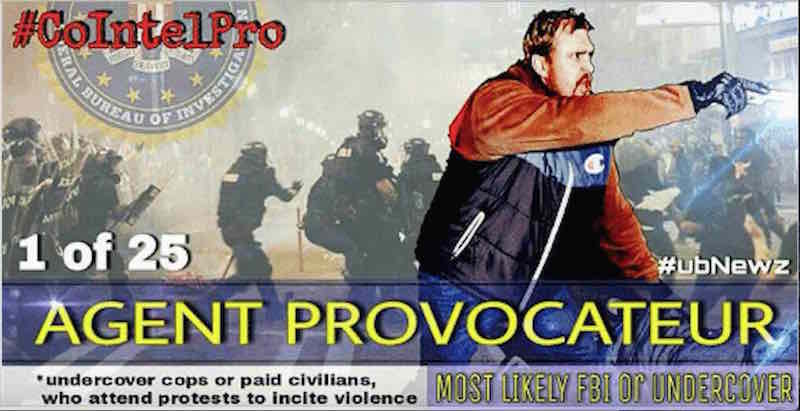 This segment of the show begins at the 20 minute mark.

In reality, the anti-Trump protesters did NOT riot. They were calm and having a good time, when a bunch of bussed-in agents provocateur in identical black uniforms and ski masks started attacking people and property.

OBVIOUSLY these agents provocateur were working for Trump. OBVIOUSLY their mission was to discredit anti-Trump protests. OBVIOUSLY they were part of a theater set piece scripted to elicit Trump’s punch-line Tweet threatening to de-fund UC-Berkeley:

This is exactly the kind of provocateur operation targeting left-wing demonstrators that Roger Stone used to run for Richard Nixon, and plenty of Republicans since then.

So the only real questions are: Were Trump’s “black bloc” blackshirts on-or-off-duty police or FBI? And was the operation scripted by Steve Bannon, Roger Stone, or both of the above?

And maybe the biggest question of all: Will Trump’s blackshirts continue these provocations until the sheeple scream: “WE WANT A STRONG LEADER TO SAVE US FROM ALL THIS CHAOS! WE WANT TRUMP! GIVE HIM DICTATORIAL POWERS! ARREST AND JAIL ALL THOSE BAD, BAD ANTI-TRUMP PROTESTORS!”

And then comes the long-awaited big false flag, 911-2B.

And it’s the end of America. 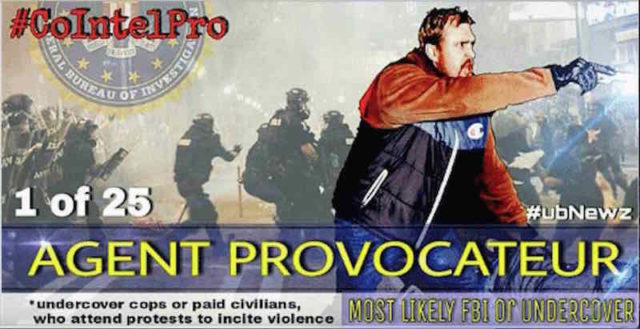