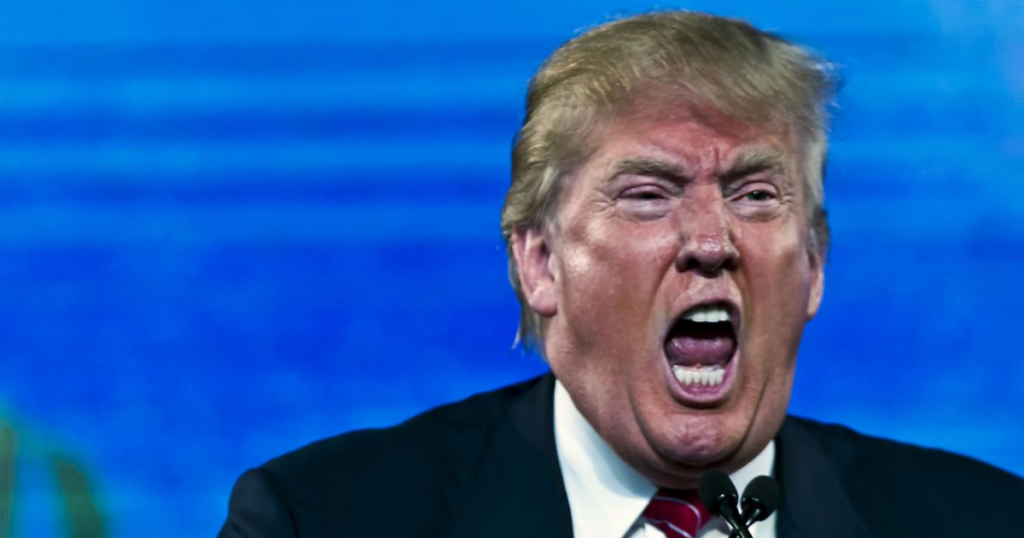 The Iran deal is trash. No, the deal is here to stay, despite being “weak.”

On Thursday, the White House pronounced on Israel’s announced settlement expansion that it “may not help” peace, and it put Iran “on notice” for testing ballistic missiles and announced new sanctions while the president fought with the regime on Twitter.

Was the settlements announcement a back-to-Obama moment, auguring renewed U.S.-Israel tensions? Was it a return to Bush — W, that is — setting the stage for a compromise and anticipating resolution of an issue that has dogged U.S.-Israel relations for decades?

Is the Iran nuclear deal, reviled by the Netanyahu government, on its last legs? Or is it getting a new lease on life?

Let’s have a look at what President Donald Trump said and what was actually done.

The Trump administration for the first time since his election pronounced on settlements.

“While we don’t believe the existence of settlements is an impediment to peace, the construction of new settlements or the expansion of existing settlements beyond their current borders may not be helpful in achieving that goal,” the White House said in a statement.

No, not even close.

The Obama administration repeatedly and pronouncedly said settlements were an impediment to peace, and into its final days, it allowed a U.N. Security Council resolution to pass that condemned the settlements.

“It is not this resolution that is isolating Israel, it is the pernicious policy of settlement construction that is making peace impossible,” former Secretary of State John Kerry said in December in one of his final speeches in the job.

Closer, but not quite.

Focusing on “the construction of new settlements or the expansion of existing settlements beyond their current borders” sounds a lot like the policy President George W. Bush is said to have endorsed after he sent then-Prime Minister Ariel Sharon a letter in 2004, saying the United States recognized that some settlements constituted “realities on the ground.”

Israeli and U.S. officials at the time said Bush quietly agreed that this formulation would allow for “natural growth” in existing settlements. (What’s at dispute is whether Bush adhered to this formula throughout the rest of his presidency. Some officials have said he believed that Sharon took too many liberties with what constituted “natural growth” and that by the time Bush left office in 2009, the agreement to abide “natural growth” was not active.)

The departure from the policies of George W. Bush – considered, with Bill Clinton, the friendliest president to Israel – and their predecessors is in the use of “impediment.” Bush used the word in 2008, at least to describe settlements built beyond existing settlement boundaries.

Sean Spicer, Trump’s spokesman, appeared to say Friday during a briefing that what’s built — established settlement, recent outpost, the whole shebang — can stay in place. The key word is “current.”

Another major departure from the policies of both Clinton and George W. Bush is the absence of any mention of a two-state solution. Trump has said he wants to broker a deal, and has tapped his Jewish son-in-law, Jared Kushner, as his point man. But as of Friday, Spicer would not be pinned down on two states.

“At the end of the day the goal is peace, and that’s going to be a subject that they discuss, and that’s all I’m going to say,” he said in response to a reporter’s question, referring to the White House meeting scheduled for Feb. 15 between Trump and Israeli Prime Minister Benjamin Netanyahu.

This might not be the final word. There was a jarring sentence at the end of Thursday’s White House statement.

On Sunday, Iran tested ballistic missiles. On Wednesday, National Security Adviser Mike Flynn said Iran was “on notice.” The next two days, Trump followed up with tough-talking tweets. The Iranians dished back, also on Twitter.

More or less, without the rhetoric.

The last time Iran tested a ballistic missile, in January 2016, Obama slapped sanctions on 11 entities and individuals. On Friday, Trump more than doubled that to 25.

The effect is the same: An acknowledgment that the missile tests do not directly violate the Iran nuclear deal, but a reminder nonetheless that because they do violate U.N. Security Council resolutions, they will trigger penalties.

Spicer acknowledged Friday that the sanctions were an Obama redux, noting that their architect in the last administration, Adam Szubin, who ran the sanctions regime for Obama, is acting Treasury secretary.

The sanctions were “in the pipeline,” Spicer said, and Szubin had lined them up well before Trump was inaugurated in anticipation that Iran would launch a provocation of some kind.

“He served in the last administration,” Spicer said of Szubin, “and these kind of sanctions don’t happen quickly.”

That said, there was a ratcheting up of rhetoric. Szubin, as an Obama official a year ago, was specific in describing the penalties.

“We have consistently made clear that the United States will vigorously press sanctions against Iranian activities outside of the Joint Comprehensive Plan of Action — including those related to Iran’s support for terrorism, regional destabilization, human rights abuses and ballistic missile program,” he said at the time.

Flynn, by contrast, was more vague – and, as a result, at least seemed more threatening.

“As of today, we are officially putting Iran on notice,” he said Wednesday.

Announcing the sanctions Friday, Flynn again sounded a warning but did not make clear any precise actions.

“The Trump Administration will no longer tolerate Iran’s provocations that threaten our interests,” he said. “The days of turning a blind eye to Iran’s hostile and belligerent actions toward the United States and the world community are over.”

Trump sounded a similarly belligerent if unspecific tone on Twitter on Thursday and Friday, and like Flynn took swipes at the Obama administration for being too soft on the Iranians.

“Iran is playing with fire,” Trump said in his tweet Friday. “They don’t appreciate how ‘kind’ President Obama was to them. Not me!”

Iran is playing with fire – they don’t appreciate how “kind” President Obama was to them. Not me!

Javad Zarif, the Iranian foreign minister who was his country’s lead negotiator in the 2015 deal exchanging sanctions relief for a nuclear rollback, replied quickly.

“We will never use our weapons against anyone, except in self-defense,” he said in the same forum. “Let us see if any of those who complain can make the same statement.” 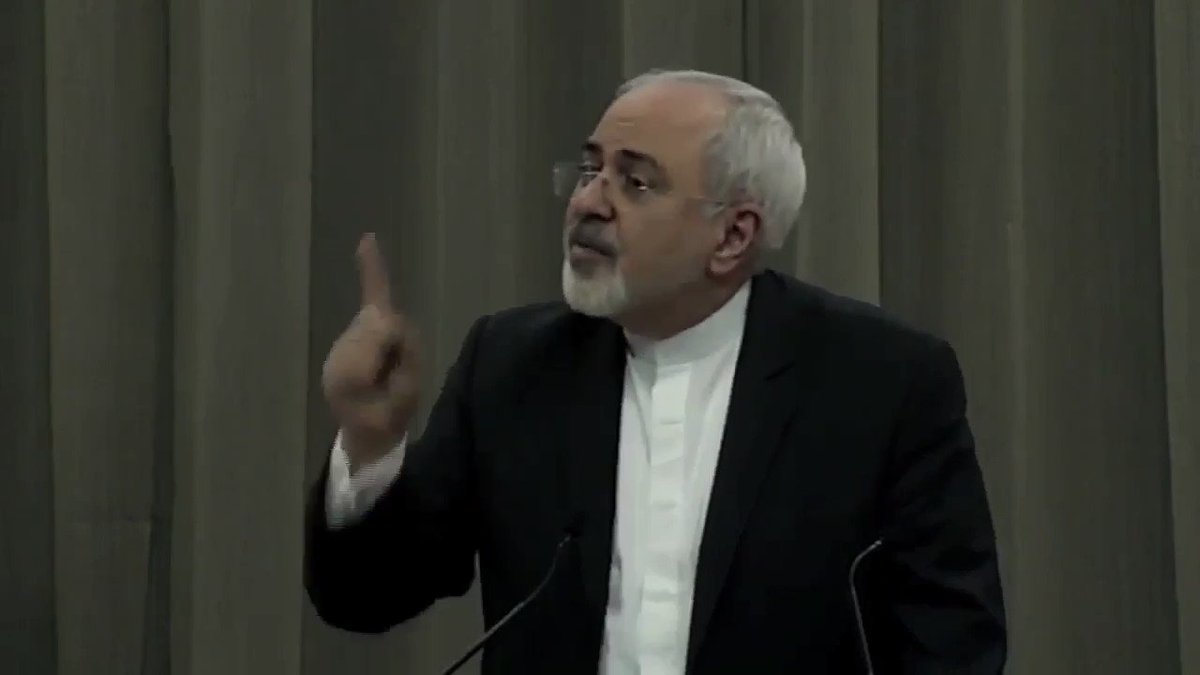 We will never use our weapons against anyone, except in self-defense. Let us see if any of those who complain can make the same statement.

Spicer was asked at his briefing whether the tough talk meant Trump was ready to scrap the Iran nuclear deal.

“The deal that was struck was a bad deal, that we gave Iran too much and we got too little for it,” he said. Spicer did not say, however, whether Trump was ready to take that leap.

That’s consistent with the posture of Trump’s secretary of defense, James Mattis, who has agreed the deal is weak but advised that scrapping it would be unwise.