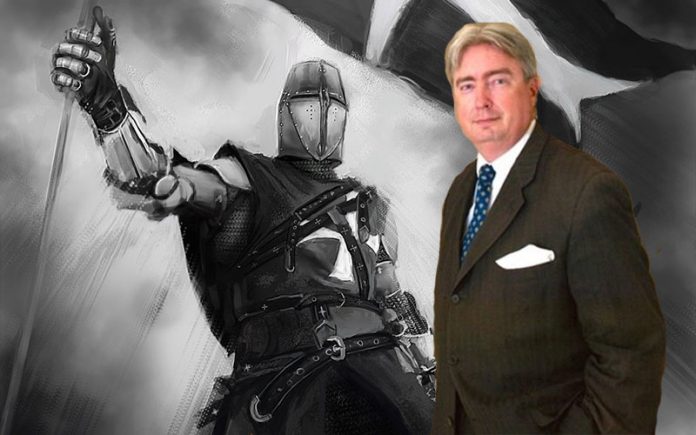 Charles A. Coulombe the prolific writer/historian was born in Manhattan on the day JFK was elected – November 8, 1960. His parents were actors, and six years later the family moved to Hollywood, California, taking up residence in an apartment building owned by Criswell, the then famed television psychic. Depending upon their financial fortunes, Coulombe went to a mixture of private and public schools in the Los Angeles area, attending college at New Mexico Military Institute and Cal State-Northridge.

Spending three years on the Sunset strip as a standup comic, his first book, Everyman Today Call Rome appeared in 1986.

The succeeding three decades have been spent writing books and articles, lecturing, and – in recent years – dealing with the internet. He has debated before the Oxford Union, spoken at universities across the United States, Great Britain, Australia, and New Zealand – and on one memorable occasion in 1999, was trapped with his audience in the former Royal Palace in Bucharest by Papal security.

Coulombe would describe himself as a “Generalist.” “Being a Catholic of French descent, living in a city founded by the Spanish, born in one founded by the Dutch, in a country of British political origins – how could I be otherwise?” But despite the eclectic nature of his work, he himself sees it all as embodying a consistent point of view. The truth of that his readers may decide for themselves!