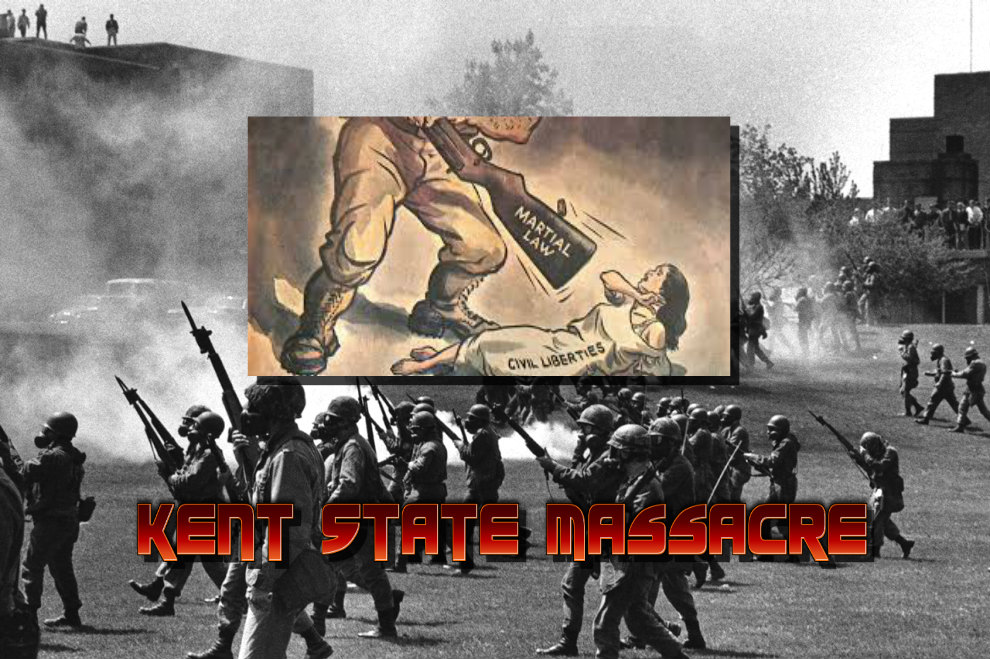 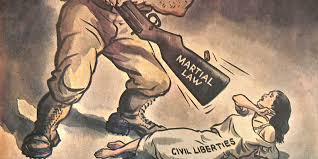 The “Muslim Ban” carried a covert agenda, to move forward the attack on constitutional guarantees put in place after 9/11 by targeting “legal residents” as a steppingstone to very real martial law.

The war here has always been domestic, hardly against the violent “alt-right” bombers and school shooters and the occasional rogue Muslim, usually brought into the US by the CIA or controlled by another agency.  Think “Fort Hood” where a Bush transition team psychiatrist went on a shooting spree or the Gabby Giffords shooter, part of a US Army “pre-enlistment conditioning experiment.”

No, the real goal here is simple, use the legal loophole of America’s airport “black sites” to strip rights from legal residents who enjoy nearly full constitutional protections, and set a precedent for a permanent “State of Emergency” that limits rights of all Americans.

Truth is such a rare commodity, I should start selling it.  Giving it away degrades it, or so I am told.

The entire ban thing is a scam.  Every effort, by the real best minds in the world, to attribute some intellectual ability, simple brain power or even economic acumen to Trump and those around him, have turned up nothing.  These are simply idiots, Mattis perhaps the worst of all and g-d help us, he runs the DOD.

Bannon aimed the ban at American permanent residents who were traveling outside the United States only.  There are few refugees in the pipeline and permanent residents who are within the US have well established, backed by many powerful legal decisions, the right to stay forever and full legal protections including due process.

Bush created and Obama allowed out of cowardice the Department of Homeland Security to establish, illegally according to the ACLU, a “virtual concentration camp” zone at America’s airports where no laws exist at all including right to counsel, cruel and unusual punishment, search and seizure or protections to the press.

The DHS picked me up and began rifling through my cloud based email and documents, based on me being a member of the press, in order to find sources for leaks on US government biological and chemical warfare programs in Georgia, not the state.  This is typical, the DHS recently put a former prime minister of Norway into detention because he had visited Iran, as a Prime Minister of Norway, a NATO country mind you.  Yes, they were crazy under Obama and are now worse.

As was reported today in the Washington Post, the DHS, at their airport “black sites,” and they very much that, these are nasty places, have seized passports and other documents from permanent legal US residents and destroyed them.

Nobody has this right except that the DHS has become a law upon itself and the American people had, until now, simply allowed laws and justice, based on the 9/11 incident and its aftermath, and to be truthful, the real disaster was the rigged 2000 election.  9/11 was a “given,” a New Pearl Harbor planned as early as 1997, to forward the neocon and Israeli agenda of permanent war in the Middle East as cover for world organized crime, but I digress.

Trump is the neocon and Israeli agenda and we await the next carefully staged outrage, particularly after the court smackdown Trump received after trying to erase the constitution without slaughtering a few thousand Americans first.  He should have paid attention to last time.  Now back to the seized and destroyed documents:

Now the court demands they be replaced, no we aren’t kidding.  Green cards, visas, passports were physically seized or “submitted” based on days of no food, no sleep and continual threats and physical intimidation.

In every American airport that accepts overseas flights, the DHS detains and interrogates American citizens, the majority of whom are on lists because a prime DHS contractor uses off the shelf social media collection software and their names came up discussing politics or criticizing the government.

Go read that one again, this is exactly where Customs and Immigration, part of DHS, gets their terror lists, gleaned from Facebook posts, Google searches and comment boards.

As a defense contractor partnering with firms in Canada, Egypt and Qatar, I was given copies of this “classified” software.  It is garbage and I was embarrassed to be involved with it.  Egypt wanted to use it to round up the remaining Muslim Brotherhood folks, software really written to single out potential buyers for Ford F150 trucks.

This is the same crap, and there are no special algorithms applied, that the CIA and DHS use to create their “enemies lists” that include the names of what we are told include over 8 million Americans, singled out for “extreme vetting” and surveillance of their electronic existence by the NSA.

I think the number is closer to 25 million.

Let’s go back to the main subject for a second.  The court understood what was going on, but the press seems to be either blind, bought off or stupid.  Trump’s entire program, and Bannon is the real Trump, and is even dumber.  Karl Rove is a bright guy, twisted and morally corrupt but not stupid.  Bannon is not Rove, he is an empty hat.

I have never seen so many people who look close to death in my life, with the exception of Betsy DeVos, the East Grand Rapids “Stepford Wife.” The entire administration sits at some level of dementia with Trump well past Reagan in that department.

Has he commented on the Bowling Green Massacre yet?  Inquiring minds want to know.

The issue isn’t so much the nations on the list but the fact that Trump said he was willing to extend the list to Paksitan (India?), Saudi Arabia and Egypt as well, perhaps even China.  Other administration hacks, as a form of humor, have suggested Australia be added.

The US is competing for top level technology people from around the world to support not only economic growth here but our defense industry.  We work on DARPA projects that are dependent on technologies where the US is way behind.  Iran leads in physics over the US and we have long recruited their folks, now blocked, to support important energy programs for the US Navy among other agencies and organizations.

It goes much further but suffice it to say that the US has a huge, $8bn I know of personally, black budget to recruit and employ top technology workers from banned or “under threat of ban” nations for “in the pipeline” technologies to keep our defenses credible.

Technology is out there that blinds our satellites, can bring down our planes, disable our ships, track our submarines and hack any part of any of those systems and is not continually used simply because it would be an act of war and the US is being “kicked to the curb” anyway by its crazy politics and shabby economy.

It is bad enough that most of our military programs are patched together Carter era technology.  Our satellites can’t spot 12,000 ISIS fuel trucks in a row that can be seen with a $30 spotting scope from the surface of Mars.

The US can no longer track nuclear material even at its own ports, much less being peddled around the world.

The only reason the Trump “State of Emergency” and habeas corpus challenge failed, which may also be considered “martial law,” is that defense and tech industries were never consulted as to impact and threw their considerable power and cash against what was a poorly considered power grab.

Quite frankly, Congress, now crippled by having so many paid off by Sheldon Adelson and Betsy DeVos, will never be able to get the truth.  What is needed is for Bannon to be called in and questioned as to what he was thinking and if he was advised to do this.

It is vital for the survival of the US for whoever was responsible for trying to push through a stealth martial law executive order to be found and dealt with. If it was Bannon himself, remedies need to be found, isolating his influence and removing Trump and Pence from any governing and command functions.