[ Editor’s Note:  And what is President Tweet’s answer to this? He says he is going to expand the military and build more ships because he thinks that is more of media and public attention grabber. Maintenance of what we have, I think he would view as not worth his presidential time….janitorial work.

Congress is also part of the problem, as are the new weapons systems like the F-35 program that is sucking up so much cash, but that money got spread around to enough Congressional districts that they don’t care as long as the money keeps flowing.

Trump and Bannon present themselves as the big fixers when neither has any experience at this level, plus we are learning that The Donald may even have some reading difficulties, god help us. We are hoping that he is just appearing to be confused, but the hunt is on for examples of anything he has written and nothing has turned up. We hope it does … Jim W. Dean ]

Sputnik (Moscow) Commenting on the recent US media reports that nearly two-thirds of US Navy’s strike fighters can’t fly due to undergoing maintenance and that there is a lack of funds available to fix them, Russian defense analysts explain what might be behind such reports.

“The US Navy’s F/A-18 Hornet and Super Hornet strike fighters are the tip of the spear, embodying most of the fierce striking power of the aircraft carrier strike group. But nearly two-thirds of the fleet’s strike fighters can’t fly — grounded because they’re either undergoing maintenance or simply waiting for parts or their turn in line on the aviation depot backlog,” reads the recent article on Defense News website.

China’s Mysterious Missile: Why Pentagon Has Reasons for Concern

The outlet further explains that “overall, more than half the Navy’s aircraft are grounded, most because there isn’t enough money to fix them.”
It also laments that “additionally, there isn’t enough money to fix the fleet’s ships, and the backlog of ships needing work continues to grow.”One submarine, the Boise, it says, has lost its diving certification and can’t operate pending shipyard work with authorities warning that “if more money doesn’t become available, five more submarines will be in the same state by the end of this year.”

“The Navy can’t get money to move around service members and their families to change assignments, and about $440 million is needed to pay sailors. And the service claims 15 percent of its shore facilities are in failed condition — awaiting repair, replacement or demolition,” the article continues.

Russian defense analysts have commented on the report suggesting that the situation with the US Navy might not be as dire as it is being portrayed and offered up a few choice reasons for reports like these making waves in the media.

Russian military expert and First Vice President of the Academy of Geopolitical Studies Konstantin Sivkov says that the information provided by the outlet might, on the whole, be factually accurate.

“The US has been lately paying not enough effort to the maintenance of its naval and tactical aviation. Its naval aircraft park is rather aged, especially in comparison with that of China, which is being renewed at a fast pace,” he told RT.The defense analyst further explained that since the end of the Cold War the US has allowed a certain imbalance in its defense policy.

“In its pursuit of the most advanced military hardware, including naval aircraft, they have left out the demands in modernization of already operating models,” he said.

“They have been investing huge funds into the engineering development which however haven’t brought any sizeable satisfaction. However current maintenance of the operating aircraft, armored troops and the armed forces on the whole fell victim to advanced weaponry,” he added.

Konstantin Sivkov however noted that quite often the US government uses the media for scare-mongering about the poor condition of US troops or the so-called “Russian” or “Chinese” threats.

The reason, he suggests, is that the US army simply wants an increase in its military budget.

“I think the article in Defense News is a scare tactic. I can suggest that 25-30 per cent of the American naval aviation is really unfit for combat, but not two-thirds! It is too much. In its best years, the number of its aviation fit for combat reached 90 per cent,” the expert said.

Meanwhile political scientist Vassily Kashin, a senior research fellow at the Center for Comprehensive European and International Studies at the National Research University of the Higher School of Economics explained the failures as a byproduct of its intensive exploitation. 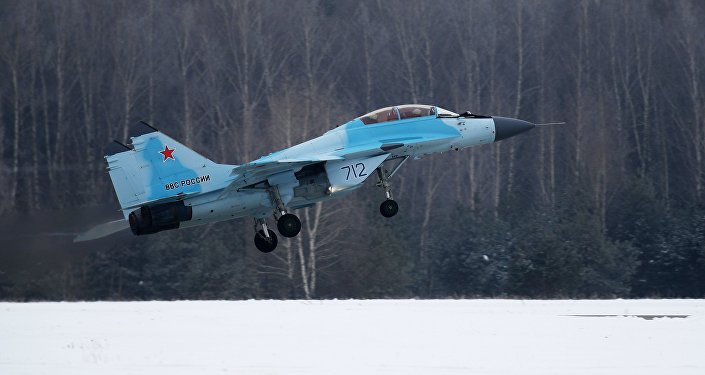 “The naval aviation is carrying the major load of the country’s military operations and Americans are simply unable to make repairs on time,” he said.

According to the expert, the targets set by the US military command simply do not correspond to the resources it has at its disposal.

This explains, he says, the desire of the new administration to re-distribute the funding, cut off certain programs and focus more on the maintenance of combat readiness of the aircraft already in operation.

However the expert suggests that the situation with the US naval aviation is not critical. It simply demonstrates that Washington has overestimated its military and financial possibilities and has not calculated the consequences, he finally stated.