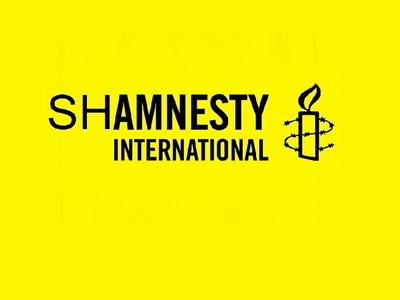 Damascus has slammed as “inaccurate and politically-motivated” an Amnesty International report claiming that Syrian military police hanged as many as 13,000 people over the course of five years.

The Syrian Justice Ministry, in a statement published on Tuesday, rejected the account of mass hangings at Saydnaya prison near Damascus between 2011 and 2015 as bogus and false, saying such claims are meant to ruin the government’s reputation in the international community.

The statement further emphasized that based on Syrian law, death sentences are handed only after judicial trials run through several degrees of litigation.

Such allegations come in the face of recent gains by Syrian army forces and allied popular defense groups in battles against foreign-sponsored Takfiri terrorists, and the atmosphere of national reconciliation in the country, it added.

Meanwhile, Syrian military forces have discovered a long tunnel used by foreign-backed militants during a clear-up operation on the outskirts of the capital Damascus.

An unnamed Syrian military source said terrorists with the Jabhat Fateh al-Sham, formerly known as the al-Nusra Front, reportedly used the tunnel to sneak into a Syrian military site but army units managed to thwart their attempt and eliminate dozens of terrorists in the process.

Additionally, scores of Daesh militants were killed and two pickup trucks equipped with heavy machine guns destroyed as Syrian forces engaged the terrorists in the al-Bayarat district of the  central province of Homs.

Elsewhere in the northern province of Aleppo, Syrian soldiers mounted an ambush against members of a terrorist group affiliated to Jabhat Fateh al-Sham, and killed scores of of them.

Government forces and their allies also targeted Daesh terrorists on the outskirts of Dayr al-Zawr Military Airport, and killed a large number of them in the process.

Also on Tuesday, Syrian government representatives and militant officials exchanged 112 prisoners and hostages in the west-central province of Hama.

The so-called Syrian Observatory for Human Rights said the exchanges took place in the militant-held Qalaat al-Madiq town, and that many of those released had been detained for years.