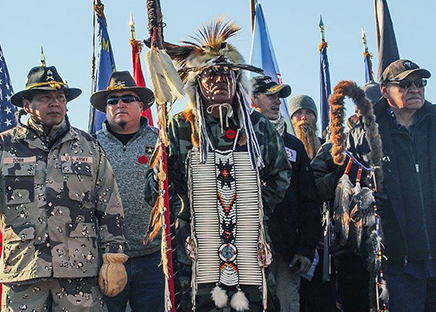 Editor’s note:  Veterans from around the country have returned to oppose the senseless and dangerous Dakota Access pipeline, predicated on the economic insanity that low quality oil that costs $66 to pull out of the ground can be profitably sold for $35, with Donald Trump a prime investor in the project and Energy Transfer Partners a major backer of the GOP.

Now Trump has sent an FBI Counter-Terrorism task force to investigate veterans groups and infiltrate them.  We strongly suspect that FBI agents/assets/informants brought bomb making material with them, illegal weapons, and are building a case for Trump to make himself a national hero by staging a false flag terror event.

UK Guardian: The FBI is investigating political activists campaigning against the Dakota Access pipeline, diverting agents charged with preventing terrorist attacks to instead focus their attention on indigenous activists and environmentalists.

The Guardian has established that multiple officers within the FBI’s joint terrorism taskforce have attempted to contact at least three people tied to the Standing Rock “water protector” movement in North Dakota.

The purpose of the officers’ inquiries into Standing Rock, and scope of the task force’s work, remains unknown. Agency officials declined to comment. But the fact that the officers have even tried to communicate with activists is alarming to free-speech experts who argue that anti-terrorism agents have no business scrutinizing protesters. 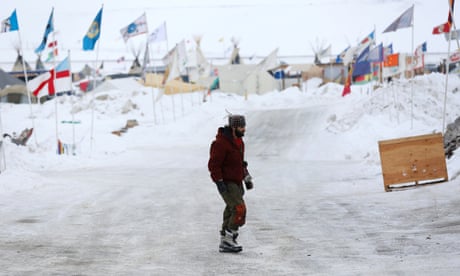 Two of them were contacted in North Dakota and a third at their home outside the state, according to Regan. She said all three contacts were made in recent weeks after Trump’s inauguration.
Trump, a former investor in Energy Transfer Partners, the Texas-based firm behind the pipeline, took executive action in his first week in office to expedite the project. On Wednesday, workers began drilling to complete the pipeline across the Missouri river.

The JTTF revelation comes at a time when there have been increasing concerns at Standing Rock about law enforcement surveillance, police violence and the targeted arrests and prosecutions of activists.