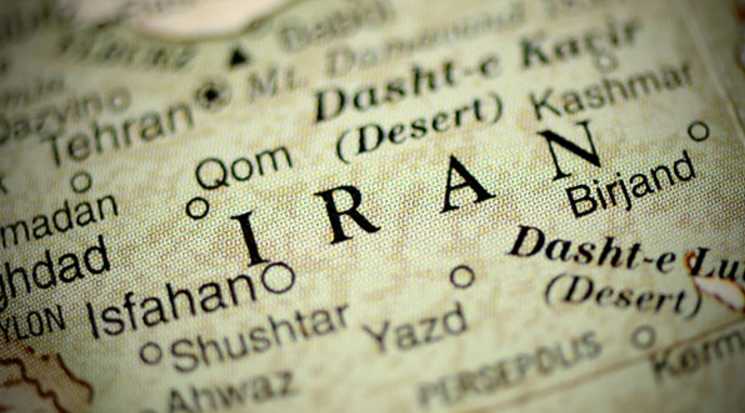 [ Editor’s Note: Trump is getting away with murder here, with the help of the stand down of virtually all the world media. He is launching a new Iran boogeyman jihad when we are still waiting for our Western free press to cover how the G5+1 Iran nuclear agreement proved that after over two decades of claims that Iran was one to two years away from having “da bomb”, not a single intelligence agency, including Israel, put one proof of evidence on the table.

That this gross hoax on the world public was laid bare was treated as non-newsworthy event. As far as a know, VT is the only platform to keep bringing this up, and as usual, the phone is not ringing from Fox News, CNN, or even make believe Democracy Now to interview us on it. Imagine that.

That hoax was followed by Netanyahu’s “break out” new hoax, that Iran could reprocess enough bomb grade material in a year, and have “da bomb”. But he left out two big things. One, this concentrated bomb grade material would be in a gas form. And two, where is Iran’s bomb design when it has never been able to do any testing? What kid of a pit would it use?

You have to know that to metalasize the gaseous material into the actual design for you need. Clinton Bastin, who died in 2014, took us through what a complex and dangerous process this would require to accomplish, and how there was no way anyone could do this without our being aware. He estimated a ten year process.

Why would a new president waste political capital by regenerating an already debunked hoax? He must feel absolutely sure the press, meaning Rupert Murdoch, will not go after him on it. And why will no one among the top retired Intel and military crop own up to the hoax? And lastly, why is the public not screaming for an explanation.

Frankly, this made me feel like I was living in an alternative universe on this issue, the proverbial glass bubble. But I thank PressTV for this intervew slot, a short one, but one still where I was able to work this issue into my content to run the hoax up the flag one more time. “Dear mass media, I will keep my cel phone with me all day.”… Jim W. Dean ]

US President Donald Trump resorts to a political tactic to introduce Iran as a boogeyman in order to claim that Americans are facing an external enemy, says Jim W. Dean, managing editor of the Veterans Today from Atlanta.

There is an old American political trick particularly with a new president coming in, where the new US administration tries to have an “external boogeyman” to make the crowd rally behind authorities, Dean said on Friday night.

“Trump came in and he picked China and Iran as new boogeymen, but it was a very poor choice for both,” because he has nothing to prove his allegations against these countries, the analyst noted.

During his presidential campaign and even after taking office, Trump described the nuclear deal between Iran and six world powers as “the worst accord ever negotiated” and threatened to annul the deal.

Iran and the P5+1 group of countries, comprising the US, Britain, France, China, Russia and Germany, signed the nuclear agreement in July 2015. Under the deal, Iran has accepted to limit its nuclear work in certain areas and the six powers committed to lift nuclear-related sanctions against the Islamic Republic.

The commentator went on to say that the US and Israel had lied to the world about alleged military nature of the Iranian nuclear program, while they showed no evidence to prove such an accusation.

Dean also expressed hope that Donald Trump would change his tone towards Iran and rethink his policies, which are harmful for both the United States and Iran.