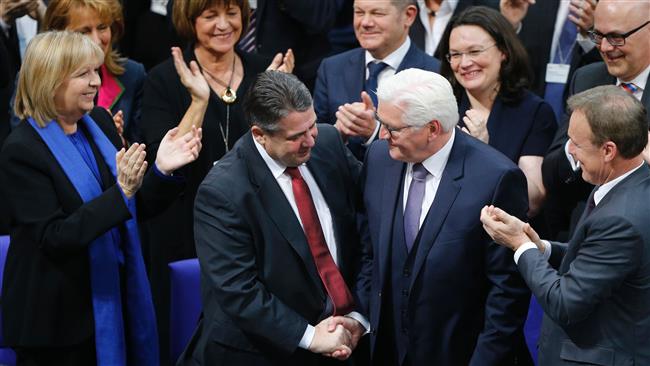 Former German Foreign Minister Frank-Walter Steinmeier, known for his fierce opposition to US President Donald Trump, has been elected as the country’s new president.

Steinmeier gained 931 of the 1,260 votes in a German parliamentary assembly on Sunday to become the nation’s new president.

The special election assembly is comprised of 630 lawmakers from Bundestag’s lower house and an equal number of representatives from the country’s 16 states. Chancellor Angela Merkel’s government, a so-called “grand coalition” of center-right and center-left parties, had declared support for Steinmeier.

Four other candidates contested the Sunday vote but Steinmeier was quite confident about his win as the two main parties in Merkel’s coalition held 923 seats in the assembly.

The vote came as incumbent Joachim Gauck, now 77, had announced last year that he would not seek a second five-year term because of his age.

Steinmeier, a respected politician from the Social Democrats, the junior partner in Merkel’s coalition, was Germany’s foreign minister until last month. He grabbed the headlines last year when he branded Trump, who was then campaigning for presidency, one of the world’s “hate preachers.” The 61-year-old said in August that developments such as Trump’s election were parts of “truly political earthquakes,” which “shake us, but they can also shake us awake.”

As president, Steinmeier would enjoy little executive power and would be considered an important moral authority. He failed in his bid in 2009 to unseat Merkel, but his party is determined to prevent the powerful chancellor from taking office for a fourth term. The Social Democrats have expressed hope that the parliamentary elections in September would put an end to years of partnership in the “grand coalition”.