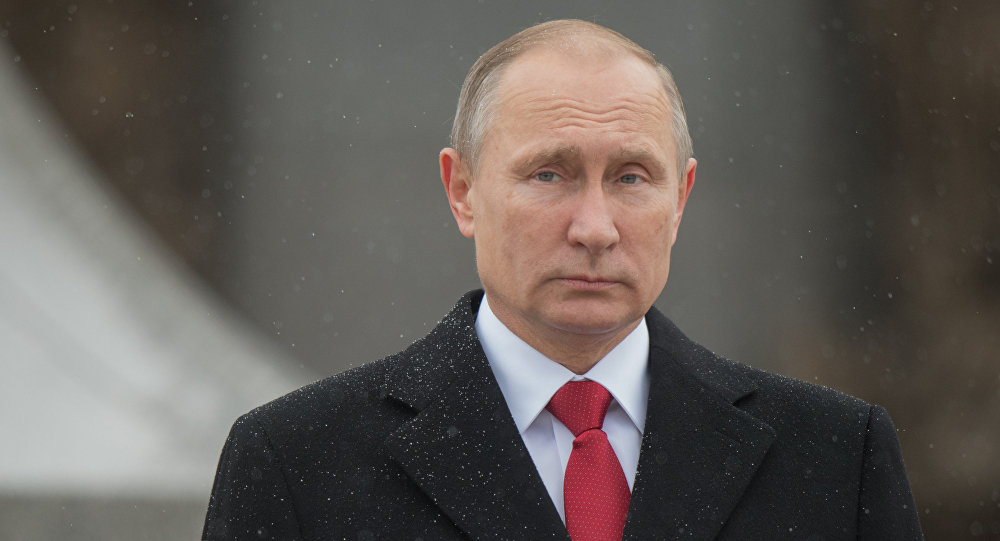 [ Editor’s Note: This is a wonderful retrospective, a “Putin decade” piece, beginning at a time when Putin was considered an ally of the U.S. He saw the NATO creep coming, but what good did that do him, or any of us really?

I could not help compare this against what President Tweet will have to look back on a decade from now, as he has had a pretty lean start. He has backtracked on nuclear arms reduction talks with Russia, backtracked on confronting China’s One policy with Taiwan and on not confronting Beijing in the South China Sea.

Iran, after playing a key role in both the Syrian Counter terrorism coalition and Iraq’s too…doing far more counter terrorism than the US has done, finds Trump telling us that Iran is the number one terror threat. Obviously, he feels can just make stuff up, but has overestimated our appetite for it.

Now that the World has denounced half a century of Israeli settlement building, Trump admits it is a problem for the peace process, but can’t bring himself to denounce the Zionists for it, as “they have been through a lot”. “Dear President Tweet, it is the Palestinians who have been through a lot, not the Israelis, thank you.”

News was breaking today via White house leaks that Trump is dismayed at how difficult running the government is out of the White house with a staff heavy with political hacks. Regardless of how valuable they were on the campaign trail, piloting the ship of state is a daunting job.

If this is not the gang that can’t shoot straight, then it is definitely the one that bit off more than it can chew. It needs to step back and remember that the first 100 days is not the first 30 days, and you can’t do everything at once and still have effective control over the processes. If Trump keeps this “rule by executive order” binge going, he could be the most sued president in history during their first 100 days….Jim W. Dean ]

Editor’s Note will be crowd funding via PayPal during 2017 at:  jimwdean@aol.com

Vladimir Putin’s speech at the 2007 Munich Security Conference has proven prophetic, analysts told Sputnik. Putin warned against the exertion of the “unipolar model” on other nations by the US-led NATO bloc. The question arises whether the US under Donald Trump will recognize “the right of all nations to put their own interests first.”

Ten years ago, on February 10, 2007, Russian President Vladimir Putin delivered a speech on global affairs and international security which was later called “prophetic” by international observers.

In his speech the Russian President brought the post-Cold War world order into focus, predicting that an “uncontained hyper use of military force” by NATO member states coupled with “disdain for the basic principles of international law” will lead to global instability and a surge in violence.

“We are seeing a greater and greater disdain for the basic principles of international law. And independent legal norms are, as a matter of fact, coming increasingly closer to one state’s legal system,” Putin said, referring to the emergence of the “unipolar model.”

“One state and, of course, first and foremost the United States, has overstepped its national borders in every way. This is visible in the economic, political, cultural and educational policies it imposes on other nations. Well, who likes this? Who is happy about this?” the Russian President asked rhetorically.

“I consider the unipolar model not only unacceptable, but also impossible in today’s world… What is even more important is that the model itself is flawed because at its core there is and can be no moral foundations for modern civilization,” Putin highlighted.

Speaking to Sputnik France, French journalist and geopolitical analyst Arnaud Dotezac pointed out that nothing has really changed since then and in the 2010s, the US continued to externalize their domestic law imposing their own vision onto others.

“The unipolar system means that the US is playing the role of the world’s policeman… It turned NATO into an international gendarmerie, and police, which monitors compliance with the economic and financial standards. We have learned this first hand from the economic sanctions,” Dotezac told Sputnik.

“Even then Putin said that the United States had externalized its domestic law. Nothing has changed since then… and we see that [this practice] continues today,” the French analyst noted.

Dotezac recalled that among those who listened to Putin’s Munich speech in 2007 were Senator John McCain and German Chancellor Angela Merkel, who at that time was regarded as Russia’s partner.

These people are still running politics and Putin’s words have not lost their relevance, Dotezac remarked. Lode Vanoost, political analyst and former deputy speaker of the Belgian parliament, echoes Dotezac.

In his interview with Radio Sputnik, Vanoost said that Putin’s 2007 vision is as relevant as ever.

“I think that the assessments Vladimir Putin made in 2007 are just relevant today as they were ten years ago… I don’t mean that nothing has changed in the world, it changes all the time, but everything he was warning against, the US and NATO member states are going in the direction that is detrimental to world peace,” Vanoost highlighted, referring to the disastrous situation in the Middle East, the refugee crisis in the EU and the recent escalation of global tensions.

“It was pretty clear when the Cold War ended that the so-called narrative behind NATO’s existence collapsed at once. NATO was [seen] as an organization aimed… at [containing] Russian, Soviet ‘expansionist ambitions’. And once [the USSR] was gone they [NATO] went on the same way… NATO and the EU continued to expand toward Eastern Europe. [It] was nothing but a provocation towards Russia,” Vanoost underscored.

Commenting on the matter, Koray Gurbuz, an expert at the Bilkent University and the former Chairman of the Turkish Veterans Council, pointed out that the NATO expansion fully complies with the US foreign strategy to maintain its control globally.

“The main goal of US foreign policy strategy, which is focused on expansion, is to maximally subjugate countries and nations, and to make them act in [the US’] own interests… While pursuing this strategy the US uses NATO standards as a tool to exert pressure on developing countries, in particular, on their military structures. This [strategy] poses a security threat to these countries and the world as a whole,” Gurbuz told Sputnik Turkiye.

Is there any light at the end of the tunnel? In his interview with Sputnik Serbian, Belgrade based independent analyst and researcher Aleksandar Pavic expressed cautious optimism US President Donald Trump’s foreign strategy.

Pavic noted that back in 2007 Putin realized the direction the world was going in. Putin’s prognoses proved true, the Serbian analyst said, referring to the unilateral proclamation of independence by the so-called “Republic of Kosovo,” the 2008 war in South Ossetia, provoked by the US-backed Georgian regime of Mikheil Saakashvili, the invasion of Libya, the military aggression against Syria and the February 2014 coup and civil war in Ukraine.

“I believe that the reason behind the victory of the US administration that [signaled that it] wants to normalize relations with Russia is that [the US] has realized the disastrous results of their policies,” Pavic assumed. “Trump’s first steps indicate that the United States wants to improve relations with Russia and consider the arguments Putin voiced ten years ago,” he said.

Indeed, during his inaugural speech Trump promised that the US will seek friendship with other nations and will do not seek to impose its way of life on others.

“We will seek friendship and goodwill with the nations of the world, but we do so with the understanding that it is the right of all nations to put their own interests first. We do not seek to impose our way of life on anyone, but rather to let it shine as an example. We will shine for everyone to follow,” Trump said.

Furthermore, in the course of his election campaign Trump has repeatedly called NATO an “obsolete” alliance.

However, Dusan Kerny, Slovenske Narodna Noviny’s columnist, does not share such an optimistic stance. According to Kerny, it is unlikely that the American establishment and the country’s influential military-industrial complex will let Trump make a dramatic shift in US foreign policy.

“In his Munich speech, Putin warned about stagnation in the field of disarmament. It has proven to be prophetic,” Kerny told Sputnik Czech. “Is there any hope that there will be any progress under Donald Trump? I’m afraid not, as the new US president will be under strong pressure from the military-industrial complex,” the columnist believes.

Time will tell whether the US will change its decades-long foreign strategy and embrace a new multi-polar world order.