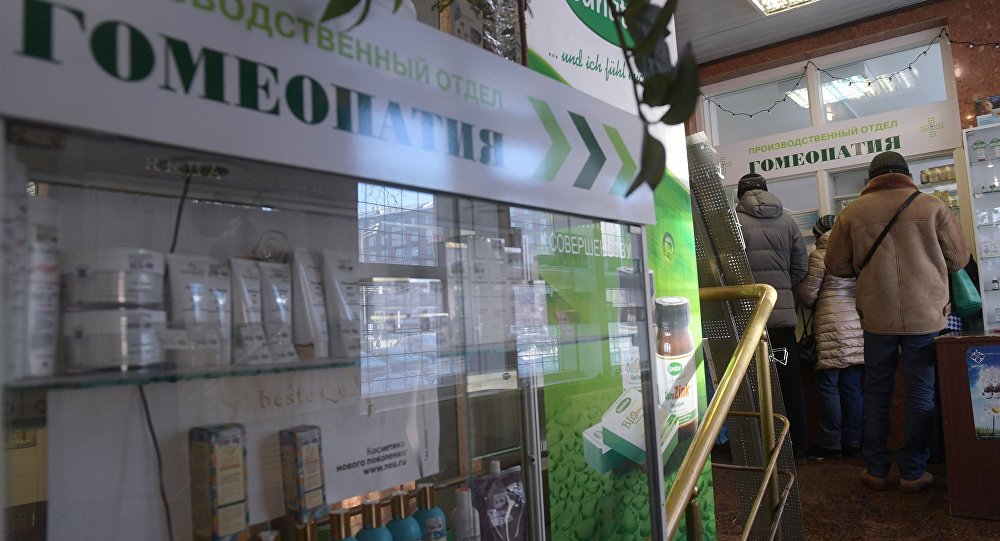 Russia’s Commission against Pseudoscience has called for the Health Ministry to ban homeopathy; however, the psychological effect of the medicine will continue to ensure its popularity, expert in pharmaceutical economics Roland Cash told Sputnik.

A recent memorandum on homeopathy by the Russian Academy of Sciences (RAN) Commission against Pseudoscience and Falsification of Research has put the practice in the spotlight in Russia.Last week, the Commission called homeopathy a “pseudoscience” whose effectiveness hasn’t been proven, which is harmful to patients because they spend money and time on ineffective treatments.

Since 1995, qualified doctors who are also trained in homeopathy have been licensed to practice homeopathic medicine in Russian hospitals and clinics, and their practice regulated.

However, the Commission has now recommended that Russia’s Ministry of Health forbid doctors from prescribing homeopathic medicine, and ban the medicines themselves from state medical institutions.

“Homeopathy is not harmless: patients spend a lot of money on drugs that don’t work and neglect means of treatment with proven effectiveness. This can lead to adverse outcomes, including death of the patient,” the Commission wrote.

In response to the recommendation, the health ministry announced the formation of a working group of medical experts to come up with proposals for further regulation of homeopathy. A spokesman told Vesti.ru that medicines whose efficiency is not clinically proven should not be procured using public funds, nor prescribed to treat the sick.

Russia has proved a profitable market for foreign suppliers of homeopathic medicine such as French company Boiron, which opened its Russian subsidiary in 2005.

“Today, the Russian market is our company’s fourth largest in terms of turnover, after France, the US and Italy,” general director of Boiron in Russia Irina Nikulina told the Russian news channel RBK.

“Russia has always been interesting for Boiron because of the large population, and a relatively high incidence of illness and lower level of medicine consumption in comparison with Europe,” Nikulina said.

According to figures from Russian pharmaceutical market analysts DSM Group, Boiron sold 35 percent of all the homeopathic medicine sold in Russia last year, or 2.88 billion rubles ($49.5 million) worth of medicine.

Boiron produces Russia’s most popular homeopathic medicine, called Oscillococcinum, which is marketed to relieve flu symptoms and accounted for 18.98 percent of all homeopathic medicines sold in 2016.The recommendations from Russia’s Commission against Pseudoscience and Falsification of Research follow similar advice from healthcare officials in other countries. A 2015 review by the Australian National Health and Medical Research Council found that there are no health conditions for which there is reliable evidence that homeopathy is effective.

In France, homeopathy has been regulated since 1965, and 30 percent of the cost of the medicine is reimbursed by the country’s social security system. According to the French Pharmaceutical Companies Association (LEEM), in 2013 the French market for homeopathic medicine was worth 100 million euros ($106 million).

French doctor Roland Cash, a specialist in the economics of the pharmaceutical industry and author of a book called, “Storm in Homeopathy,” told Sputnik Francais that effective marketing has enabled the business to thrive in France.

“(Ordinary) people don’t have a scientific background, so they can’t understand that after many successive dilutions with water, all active substances have been removed. They are used to buying these remedies, some doctors prescribe them, pharmacies put them on display, there are good adverts – it’s all just marketing. It’s not lobbying, this is about marketing by laboratories and homeopathic doctors who have filled a niche and differentiated themselves from ordinary doctors, but there is no effect,” Cash said.

“Homeopathy isn’t dangerous. The Agency for the Safety of Medicine and Health Products (Agence nationale de securité des medicaments et des produits de santé), allows the sale of these remedies because they are not dangerous. In addition, there is a legislative procedure which approves homeopathic medicine for use if it has been produced according to historical rules about the proportions and so on,” Cash explained. 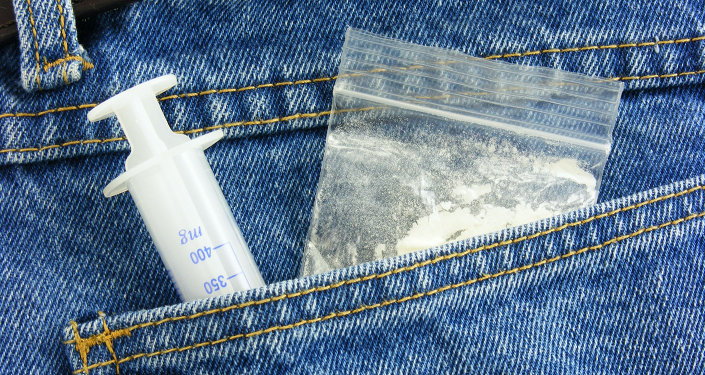 Homeopathic medicines are considered harmless because they contain very small amounts of substances. As such, they have to pass a less stringent procedure than ordinary medicine in order to reach the pharmacy shelves. In addition, their composition remains the same from year to year, which also saves Boiron and other companies considerable expense.

“There is no mechanism, it is just water, as if you are drinking a glass of water with sugar. From a medical point of view the issue is the so-called placebo effect, or self-persuasion or subordination. It works well and not only with homeopathy, by the way – many conventional medicines are actually just  dummies, that is, they have no proven pharmacological activity and are working solely through subordination. It works even better if the remedy is prescribed by a doctor who tells the patient that this is what they need, what precautions they need to take and so on.”

“We can’t be sure that this (the RAS memorandum) will affect Boiron, because there are a lot of irrational things with regard to health. If people really sincerely believe that something is good for them, they will continue to take it. And they will think that those who are opposed to homeopathy, are scientists who do not understand anything. This is a kind of belief, and destroying this belief with the use of rational explanation is difficult. As regards Boiron, they will not necessarily be greatly affected by this. Boiron is not the only laboratory – it is the main one in France, but there are others,” Cash said.