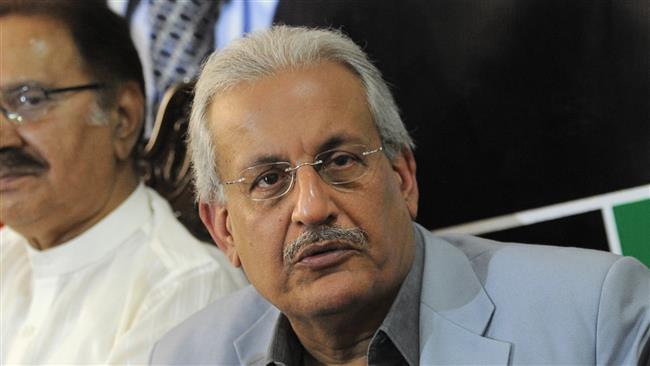 A delay by US authorities to issue a visa for a Pakistani parliament member has angered Pakistan’s Senate, prompting it to order a boycott of the inter-parliamentary event in the US that the lawmaker was supposed to take part in.

Chairman of the Senate of Pakistan Raza Rabbani on Saturday also ordered the members of the upper house of the parliament not to receive any US diplomat or Congress member until the issue was resolved.

“No delegation, member of Congress or diplomat of the US will be welcomed by the Senate of Pakistan, Senate Standing Committees, and the senators in their official capacity till this issue is resolved,” Rabbani said in a statement, media reported Sunday.

The US had failed to issue a visa for Ghafoor Hyderi, a deputy chairman of the Pakistani Senate, who was to lead a two-member delegation in a United Nations-sponsored Inter-Parliamentary Union (IPU) conference in New York on February 13 and 14.

Hyderi’s visa application had been submitted by the Senate’s secretariat two weeks in advance.

The other senator, Salahuddin Tirmizi, has been issued a visa.

“When the Senate secretariat checked with the US Embassy about the status of Hyderi’s passport through official channels, it was told that the US authorities would get back to it by Tuesday, clearly meaning that Hyderi could not travel to the US to attend the IPU conference,” Pakistani daily The Express Tribune said. “The visa of Haideri was put on hold in what can be termed a technical refusal.”

Hyderi is the secretary general of the Jamiat Ulema Islam party, which is considered to have close links with Pakistani militants and the Taliban.

The administration of President Donald Trump has ordered a ban on travel to the US by nationals from seven Muslim-majority countries. While Pakistan is not among them, the White House has signaled that that country, too, may be added to the list.