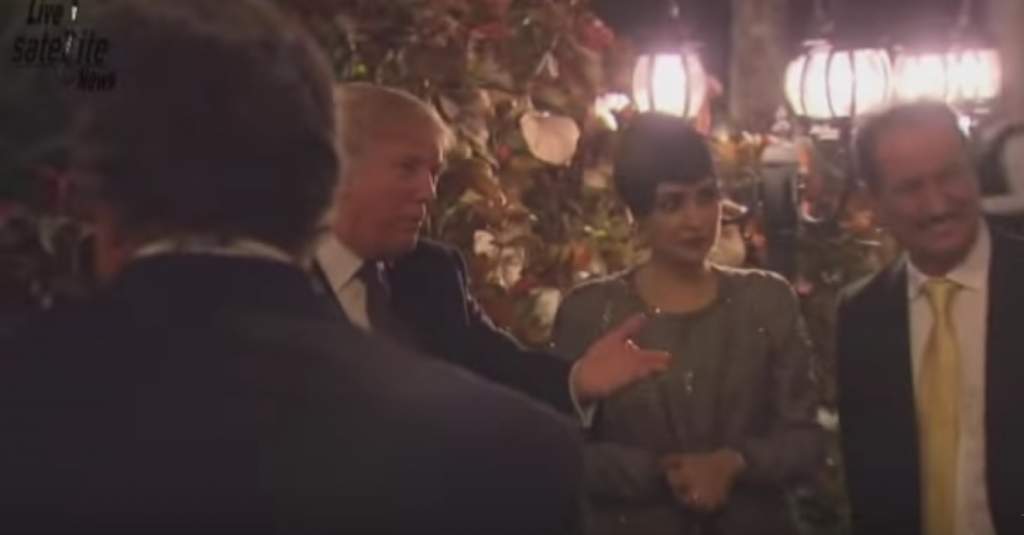 The administration of US President Donald Trump is being accused of endangering American national security following a series of high-profile controversies over its handling of sensitive information.

Democratic lawmakers and independent experts say Trump has made a series of security missteps, including working on national security issues in plain public view of guests, Politico reported Monday.

Furor peaked Saturday when the new president took a phone call about a North Korean missile test while sitting in full view of guests at his private Mar-a-Lago club in Palm Beach, Florida.

“This is mind-bogglingly irresponsible,” said Senator Ron Wyden, a Democrat from Oregon and a senior member of the Senate Intelligence Committee. “Trump threatens national security by letting anyone who pays to get into his club photograph sensitive deliberations.”

Security experts have raised red flags over Trump tweeting via an unsecured Android mobile phone, a habit that could potentially expose the president to personal tracking or give hackers an entry point into other parts of his phone.

“It’s against best practices of operational security,” said Jonathan Wackrow, a former Secret Service agent who now runs a private security consulting firm. “The people he surrounds himself with should know better. I don’t see that voice of reason anywhere.”

“Think about the impact an attacker could have if they could access POTUS’s phone microphone, or that of his aides, during key briefings such as the meeting in Mar-a-Lago on Saturday night,” said Mike Murray, a vice president at the mobile security company Lookout.

Experts say foreign intelligence agencies are examining every clip and photo for possible insight into the inner workings of the White House, including a video that Trump’s social media director Dan Scavino posted to Twitter on Saturday that features the president’s entourage, including a US military officer carrying the country’s nuclear codes.

“As much scrutiny as you’re giving those videos, foreign intelligence is doing the exact same thing just to gain a little bit of understanding of this administration,” Wackrow said.