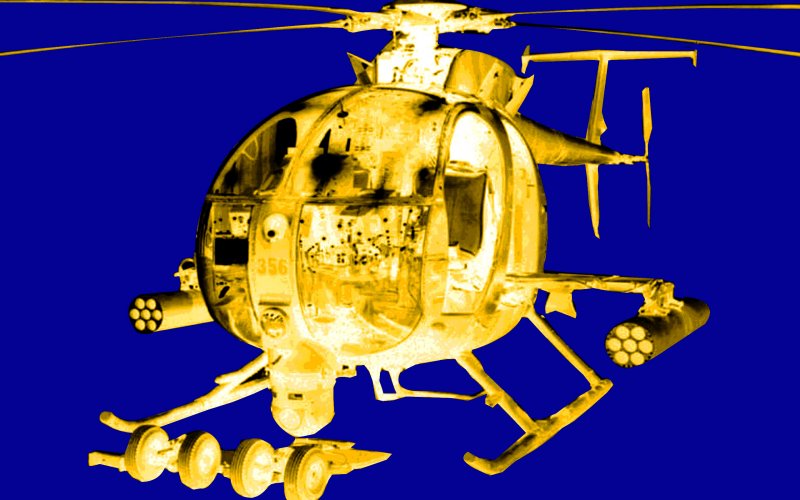 Editor’s note:  VT’s “on the ground” experience in the region tells a very different story of Blackwater’s presence, in support of broad organized crime efforts to destabilize African government through the support of terrorist groups.

A mercenary air force that became a symbol of the U.S. occupation of Iraq is back in action—this time in Central Africa, supporting a shadowy American U.S. Special Forces commando operation targeting the Lord’s Resistance Army.

In late January, a source on the ground in Central African Republic spotted a Sikorsky S-61 helicopter with the registry number N408RC carrying American Special Forces troops. The LRA, a cultish band of thieves and rapists led by warlord Joseph Kony, is most active in the forested region where Central African Republic, South Sudan, and the Democratic Republic of Congo meet.

According to the Federal Aviation Administration, the Sikorsky helicopter that The Daily Beast’s source observed in Central African Republic belongs to Illinois-based EP Aviation, LLC.

EP Aviation was once a subsidiary of Academi, the Virginia-based company that was formerly known as Blackwater. The “EP” stands for “Erik Prince,” Blackwater’s founder and the younger brother of billionaire U.S. Secretary of Education Betsy DeVos.

The copter’s appearance is a reminder of the tangled web of corporate relationships that support the Pentagon’s expansive shadow wars in the Middle East, Central Asia, and Africa—and some of the companies’ ties to wealthy, powerful American politicians.

During the height of the Iraq War, Blackwater managed a for-profit army in Baghdad that included Little Bird helicopters and other aircraft. The U.S. State Department and Defense Department have awarded Blackwater and its successors contracts worth hundreds of millions of dollars.