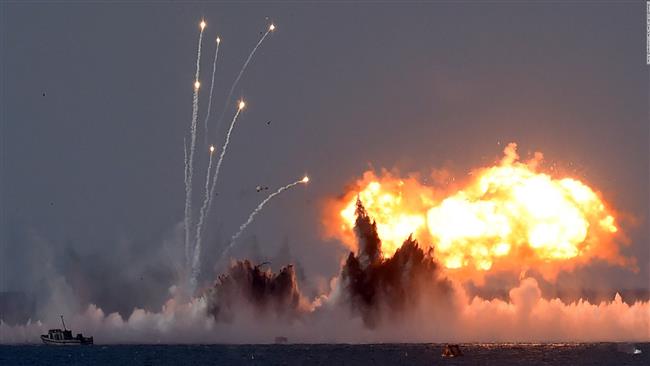 Two hours after Flynn is fired Trump demands Russia abandon Crimea to ethnic cleansing at the hands of Ukrainian mobs.

Editor’s note: The real money is behind the “White Nazi’s Only” superstate, a “Klan” dominated pseudo-Christian America and a White Nationalist European state to replace NATO and the EU, a state centered on the Polish Reich, from Baltic to Black Sea, England, France, Ukraine, Romania, Bulgaria, Slovakia, Georgia, Azerbaijan and, above all, Israel and Saudi Arabia.

For those who see the ancient ties between the bloodlines here, biblical and Khazarian, it will all start tying together.g

US President Donald Trump wants Russia to “return Crimea” to Ukraine, after the region’s unification with Russia.

Trump, whose proclivity for Russia has been a source of pressure on his administration, is attempting to appear “tough” in dealing with Moscow.

“President Trump has made it very clear that he expects the Russian government to de-escalate violence in the Ukraine and return Crimea,” said White House press secretary Sean Spicer at a daily news briefing on Tuesday.

“At the same time, he fully expects to and wants to get along with Russia,” Spicer stated.

Crimea declared independence from Ukraine on March 17, 2014 and formally applied to become part of Russia following a referendum, in which 96.8 percent of participants voted in favor of the move.

According to Spicer (pictured above), “The irony of this entire situation is that the president has been incredibly tough on Russia; he continues to raise the issue of Crimea that the previous administration allowed to be seized by Russia; his ambassador the United Nations, Nikki Haley, stood by the Security Council on her first day and strongly denounced the Russian occupation of Crimea. As Ambassador Haley said at the time, quote: ‘the dire situation in the east of Ukraine is one which demands clear and strong commendation of Russian actions.’”

The spokesman toned down White House’s stance by asserting that Trump would act “unlike previous administrations, so that we can solve many problems together facing the world such as ISIS (Daesh) and terrorism.”

In regard to US demands on Crimea, Russia’s UN ambassador, Vitaly Churkin, said earlier this month that “the people of Crimea quite clearly expressed their will in a referendum.”