Even as the Trump administration attempts to contain an escalating crisis over its surreptitious ties to Russia, another spying crisis is threatening to haul the deputy CIA director into court to expose her role in post-9/11 torture.

In a court filing on Tuesday, attorneys for two CIA contract psychologists who helped design the agency’s brutal interrogations for terrorism suspects have asked a federal judge to order Gina Haspel, a career CIA officer recently appointed as the agency’s No2 official, to provide a deposition discussing her allegedly pivotal involvement in an episode the CIA has tried repeatedly to put behind it. 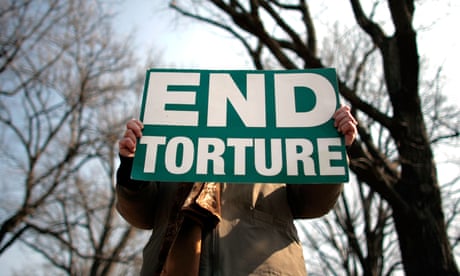 “Ms. Haspel was centrally involved in the events alleged in plaintiffs Sulaiman Abdulla Salim, Mohamed Ahmed Ben Soud, and Obaid Ullah, on behalf of Gul Rahman’s … suit against Defendants for actions they purportedly took while contractors for the CIA,” wrote Brian Paszamant, an attorney for ex-contractors Bruce Jessen and James Mitchell.

Salim, Ben Soud, Ullah and representatives for Rahman – who died in a CIA black site – filed a lawsuit in 2015 against Mitchell and Jessen for designing their torture regimens while in CIA custody. The Obama administration surprised many by not seeking to block the case under a veil of state secrecy.

Read more at  The Guardian >>>