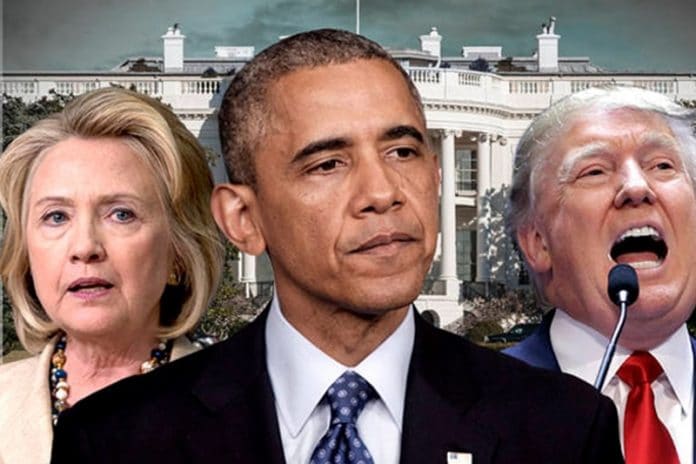 Michael is one of many members of the fast growing un-silent American majority that is sick of the insanity this country has been forced to endure during the last eight years of what can only be called, “Obama’s reign of terror.”

The origin of Michael’s website, The Last Great Stand goes back to 2012 when Obama’s re-election was almost a certainty. That was when Michael made the decision he didn’t want to spend the next four years screaming at the evening news on his television set every night, so at age 35, Michael decided to put his money where his mouth is, went to law school, became an attorney, and planned to wage his war in the courtroom.

As luck would have it, while Michael was still studying for his LSAT to get into law school, a friend who designs websites designed a website for Michael as a means to vent his political frustrations while taking breaks from studying.

Fast forward 4 years through law school, then the Bar, and here he is. Michael never dreamed he’d be writing for his own website full-time, and having many of his articles featured on sites like Freedom Outpost, Red Flag News, SteveQuayle.com, Sons of Liberty, The Sleuth Journal, Northwest Liberty News, The Washington Standard, Before it’s News, and others… but this is where the road has taken him so far.

Michael has been accused of being vitriolic, bombastic, sarcastic to the extreme, and probably worse behind his back. At the end of the day, he’s just sick of being branded a right wing-extremist, racist, homophobe, warmonger, or whatever other asinine adjectives Liberal Progressives have for the words COMMON SENSE these days. Michael is owns and operates The Last Great Stand, writes for several other websites, and he’s also an Attorney.

Donations: For those who have been with us a month or two please get in the fight with a financial contribution for this is an information war. Please click the paypal button and get behind TradCatKnight financially. As a reminder, these full-length shows come to you free of charge however we maintain and grow based upon your charity. I appreciate all your prayers and support! For CASH, CHECK or MONEY ORDER contributions please email me at [email protected] for the mailing address.