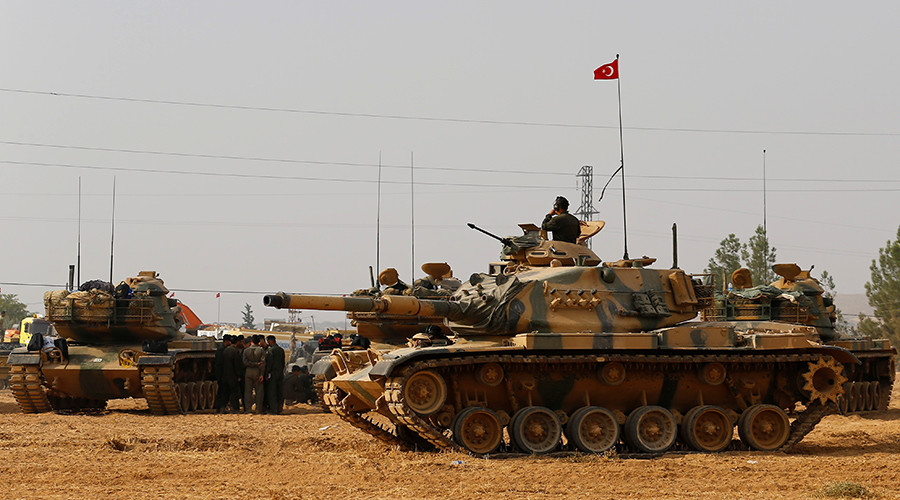 The Syrian Foreign Ministry has condemned Turkey’s “repeated crimes and attacks” on the Syrian people as well as violations of Syrian sovereignty and territorial integrity, in two letters to the UN, Syria’s SANA news agency reports.

The ministry expressed its discontent with Turkey’s actions in letters sent to the UN secretary general and the current president of the UN Security Council.

In the letters, the Syrian authorities ask the UNSC to exert influence on Ankara and force it to put an end to “repeated crimes and attacks against the Syrian people and violations of the sanctity and unity of Syria’s territory,” SANA writes.


Damascus says that Turkey’s “aggression against Syria” has continued for five years and involves “providing various forms of military, material and logistic support to the terrorist organizations and facilitating the entry of foreign militants into Syria.”

The Syrian Foreign Ministry again demanded that the UNSC fulfill its responsibilities to preserve international peace and security.

The statement comes a day after SANA reported that 24 people, including 11 children aged under six and eight women, were killed in Turkish airstrikes and shelling of the northern Syrian town of Al Bab.

The news agency said it just the latest in a series of similar attacks carried out by the Turkish military in the Al Bab region.
On January 11, nine people were reported killed and 57 injured in Turkish attacks on the towns of Al Bab, Baza’a and Tadef, while two Turkish attacks on Al Bab in late December 2016 reportedly claimed the lives of 88 civilians in total.