Yet another recent opinion poll shows that left, center-left, and center (liberal, Democrat) individuals mostly have a negative view of Israel, whereas self-identifying conservative (Republican) individuals mostly have a positive view of Israel [1]. It is not at all clear why this robust result for the US and Canada should occur. In this article I simply describe some very tentative potential answers, for further study and discussion.

2. Conservative individuals are more protective of their family values and feel more threatened by external influences on social “values”. The USA is engaged in geopolitical dominance machinations in the Middle East, so it actuates an anti-Muslim propaganda (amplified and led by Israel Lobby propaganda), which resonates with conservative insecurities. An “Islamic-terrorism” threat emerges strongly in the conservative mind and Israel propaganda puts Israel in the vanguard in fighting the alleged global Islamic threat. Thus, an Islam-Israel binary does the trick.

3. Similarly, liberals — the same liberals that have let America go to hell — are siding more and more with brown Palestinians (in analogy with brown Mexicans and Blacks?) so better be on the side of white Israel, which knows how to build walls and stop immigration. Basically, a survival instinct to do the opposite of the liberal trend.

4. Direct Israel Lobby funding of conservative groups and media. Since conservatism is struggling for power against the Liberal establishment, conservatives feel existential threats and are thereby more vulnerable to Israel Lobby leverage.

5. The sheer influence of the relatively cohesive and superbly organized and powerful Jewish society within, which projects Israel positive vibes in every sphere, from the dentist’s office to the Boardroom, where conservative individuals have a stronger tendency to want to conform.

6. Some evangelical connection to do with biblical mythology? 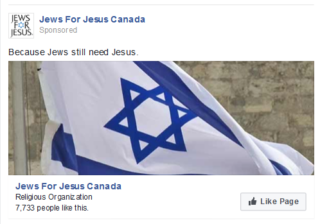 7. Conservatives like to see a country’s aboriginal population being displaced, segregated, and suppressed, because they have a more colonial personal psychology, and see apartheid or genocide as the natural order, in the same way that the USA was founded. It ties them to a history with which they identify.

Whatever the main mechanism, the poll data is striking and irrefutable.

[1] Disconnect: Canadians’ views of the Israeli government vs. Canadian government policy toward Israel and Palestine, A report on a Canadian national opinion survey conducted January 25 to February 2, 2017 Issued by: Canadians for Justice and Peace in the Middle East, Independent Jewish Voices, Dimitri Lascaris, LL.B., Murray Dobbin; and other poll studies reviewed therein.