During his Florida “I was run out of Washington on my ear” rally, Donald Trump outlined his plan, worked out last week with Israeli strongman Netanyahu, to solve the Middle East refugee problem.

Trump announced his plan after warning his audience of attacks like those that had just happened in Sweden when the perpetrators of the infamous Bowling Green Massacre blew up the 400 story Volvo Tower outside Stockholm.

They plan to send in American troops, not just in Syria but unnamed other nations as well, and establish “safe zone” camps which will provide living arrangements under American imposed martial law for what Trump claims are “6 million” too dangerous to be allowed into what he terms is “the real world.”

Paying for all this, according to Trump, will be the Gulf States.

Trump has announced he is moving forward to set up the camps inside Syria, though the US currently has yet to actually invade Syria.  Moreover, Turkey, Iraq, Jordan and Lebanon have denied the US access to Syria over their territory, leaving Israel as the only way for the US to attack, sending armies of tanks over the Golan Heights.

Both Russia and Syria have clearly stated they will resist with all force necessary.

A similar plan was enacted starting in September 1939 when the German government sought to establish “safe zones” for Jewish refugees, again we see the 6 million figure, who had been denied settlement in the US, Canada and Britain due to inadequate shared intelligence which would have allowed “extreme vetting.”

Germany set up safe zones inside Poland and elsewhere:

Much like the resettlement program implemented in Europe, Israel has also resettled 6 million of their own citizens who failed to meet religious and ethnic standards.

From time to time, Israel’s “safe zones” need to be refurbished and reordered, a task performed typically once ever 18 months as depicted below: 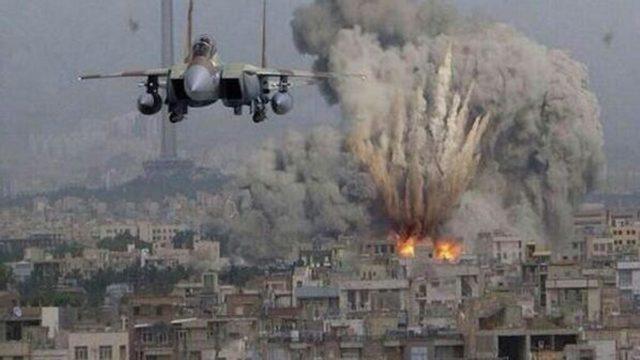 In fact, there is good reason for Trump to turn to his close friend and mentor, Netanyahu, who has considerable experience in caring for refugee populations:

Military and intelligence organization of Israel have been active in scouting out territory, including potential camp locations in Syria, Iraq, Jordan and even Iran and, working directly with a Raqqah based NGO, called the Islamic State of Iraq and the Levant, are ready to move forward.  Representatives of this group, called ISIS or ISIL, by some have been caring for refugees, providing basic services and police protection, since 2013.

President Trump, speaking at a campaign rally in Florida on Saturday evening, said he wants to establish “safe zones” in Syria and other places instead of taking people into the U.S., and that the Gulf states would pay for those safe zones, saying that “they have nothing but money.”

Trump also continued his attacks on media organizations, labeling them “fake news” even as he continued to state information that is factually incorrect.

Trump repeated claims that thousands of people have entered the United States without vetting, despite the fact that legal immigrants and refugees go through an extensive process before entering the country. Trump has previously mentioned the idea of “safe zones” but has not specified that Gulf states would pay for them.

He did not elaborate on what the “safe zones” would be but said people would be able to “stay there and live safely in their cities” until Syria is stabilized. He went on to say that “we want people that love us,” in the United States.

The United Nations estimates that more than 6 million people have been displaced by the civil war in Syria with almost 5 million in areas that are under siege.

Trump has mentioned “safe zones” as part of the controversial executive action that banned people from seven majority-Muslim countries from entering the U.S., including refugees from Syria.