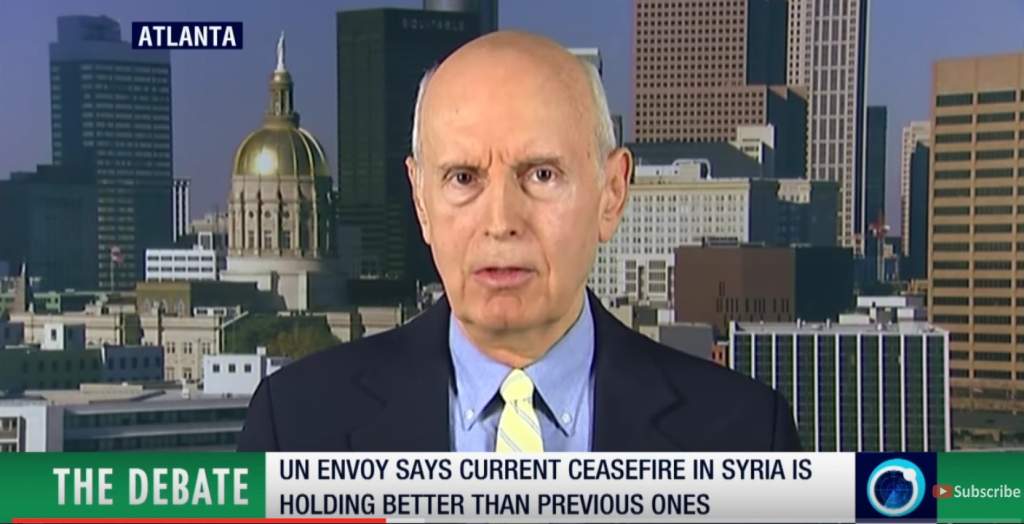 The Tel Aviv regime does not want peace and tranquility in Syria in order to pursue its agenda, which is “balkanization” of the Arab country, says Jim W. Dean, a managing editor of the Veterans Today from Atlanta.

“The Israelis want to keep [the insurgency and violence in Syria] going because they were hoping as part of the balkanization, that they would get formal control over the Golan Heights,” Dean said.

So, the analyst said, “we’re still going to have die-hard that are going to do everything they can to disrupt this (Syria peace talks).”

In a Facebook post on September 11, 2016, Akram Hasson, Israeli lawmaker of the Knesset, criticized the Tel Aviv regime for providing al-Nusra Front Takfiri terrorists with logistical and medical support in Syria.

Israeli Prime Minister Benjamin Netanyahu held one of his cabinet meetings in the occupied Golan Heights on April 17, 2016, ruling out the possibility of returning the territory to Syria.

Dean also pointed to the role of Saudi Arabia and Qatar in the war on Syria and their support for militant groups fighting against the Syrian government, arguing that Doha and Riyadh sought to secure their own interests in Syria.

“The Saudis and Qatar wanted their energy pipelines through north Syria; so, they could sell their oil and gas directly into Europe and then the US wanted to take that energy market away from Russia because the sales of those energy are helping Russia modernize its economy and rebuild its military,” he said.

But countries like Jordan are worried about the impact of destabilization of Syria on their own stability, Dean asserted.

“There is a growing international consensus that using these proxy terrorists is a bigger danger” and a few governments who want to destabilize Syria, should not be allowed to accomplish their mission, he said.

Elsewhere, the analyst pointed to recent comments made by UN Special Envoy for Syria Staffan de Mistura, who questioned the role of the United States and its so-called military engagement against terrorist groups in the war-torn Arab country.

It is “unusual” for a UN diplomat to express his views in this way, but the main difference that made the recent round of Syria peace talks in the Kazakhstan capital, Astana, successful is that “the US was not involved in this time,” Dean said.

De Mistura argued that the success of Syria peace talks came as a result of the influence of Russia and Turkey on warring factions on the ground, but “the US who was a party in the negotiations was not able to have its proxy forces comply with the agreements,” he added.

Referring to important advancements by the Syrian military forces against foreign-backed militants, he noted, “The delay [of Syria peace talks] is going to work for the Syrian government and the tripartite group” – Russia, Turkey and Iran – because “the political talks could last a long time but the military component against the terrorists is rolling on day by day.”

Meanwhile, Michael Lane, founder of the American Institute for Foreign Policy from Washington, said that the situation on the ground in Syria has given President Bashar Assad the upper hand in recent peace negotiations with militant groups.

“Assad is in his strongest position he has been in years,” Lane noted.

Observers believe that the liberation of the northern city of Aleppo – one of main bastions of Takfiri terrorists – by the Syrian forces in late 2016 has been a tremendous victory for the Damascus government and gives it an upper-hand in future peace talks.

Syrian President Bashar al-Assad has said that the triumph in Aleppo is a “huge step” in bringing the war in Syria to an end.