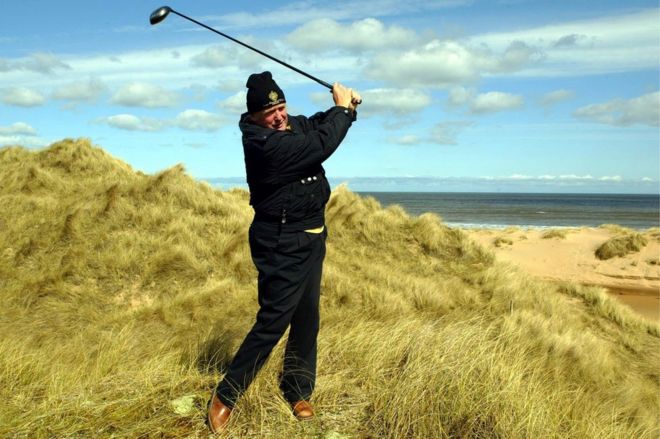 The owner of a company which provided security for Donald Trump’s Aberdeenshire golf business has been found guilty of a £400,000 VAT fraud.

A jury found McKay, 46, guilty of being concerned in the fraudulent evasion of VAT worth £419,799.

Sentence was deferred for reports and he was remanded in custody.

Records showed that McKay, from Aberdeen, had charged companies VAT and that large sums of money were being transferred from his business bank to his own personal account.

The 46-year-old was charged after HMRC officials were called in to investigate but the International Personal Protection Services (IPPS) owner denied the allegations and blamed his ex-wife.

The court heard invoices provided to the links golf course were examined, and that security guards provided mobile patrols at Menie.

Other invoices showed security guards employed by IPPS had also worked at other businesses, including Miller Construction, Rotech Ltd and Robert Gordon University.

Sheriff Alison Stirling remanded McKay in custody, telling him that it was “virtually inevitable” that he would be given a custodial sentence when he returned to court for sentence next month.